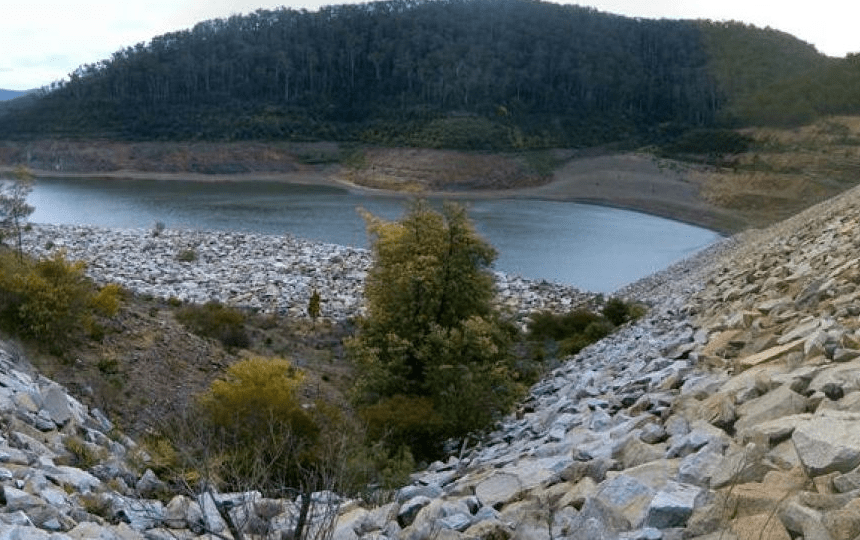 With warmer temperatures and below average rainfall predicted for Victoria this summer, water restrictions might apply across the state as overall supplies are at half their storage capacity.

The total volume of water of 50.3 per cent registered as of November 28 shows a significant reduction from the 62 per cent held at the same time last year, the Annual Water Outlook shows.

Melbourne storages are slightly higher than they were in 2018, ending November at 63.9 per cent, which will prevent the city from having water restrictions.

On the other end of the spectrum is East Gippsland, where although reaching 98 per cent storage capacity, Stage 4 water restrictions are likely to be implemented by March.

Stage 4 bans means gardens and lawns cannot be watered, fountains cannot be filled up and driveways or paths cannot be hosed down, among other restrictions.

Gippsland faces this scenario as a third year of drought and below average rainfall in parts of the region is hitting dryland farmers and communities, the report says.

The dreadful heat ahead

“As our climate continues to get drier and our population expands, we all have to do our part to help save water in our homes and businesses – boosting local supplies,” water Minister Lisa Neville said.

“Water efficiency is just one of the measures we use to secure water for our future – we will also use the desalination plant when needed, increase our use of recycled and storm water, and modernise our irrigation system to stop leaks.”

There are currently 14 towns on Stage 1 restrictions in northwest Victoria and two towns on Stage 2 in the central part of the state, the report shows.

“We need to be smarter about our water challenges and the government is not looking at all the options,” Opposition Leader Michael O’Brien said.

“I can’t understand why this government is so opposed to even thinking about new dams or extending our existing ones. It’s not the only answer but it is a plausible answer to Victoria’s current water storage problems.”

The Bureau of Meteorology’s seasonal outlook prepared for this summer indicates that warmer than average days and nights are very likely for December to February.

There is a 60 to 80 per cent chance of exceeding average maximum temperatures across the state over the next three months.