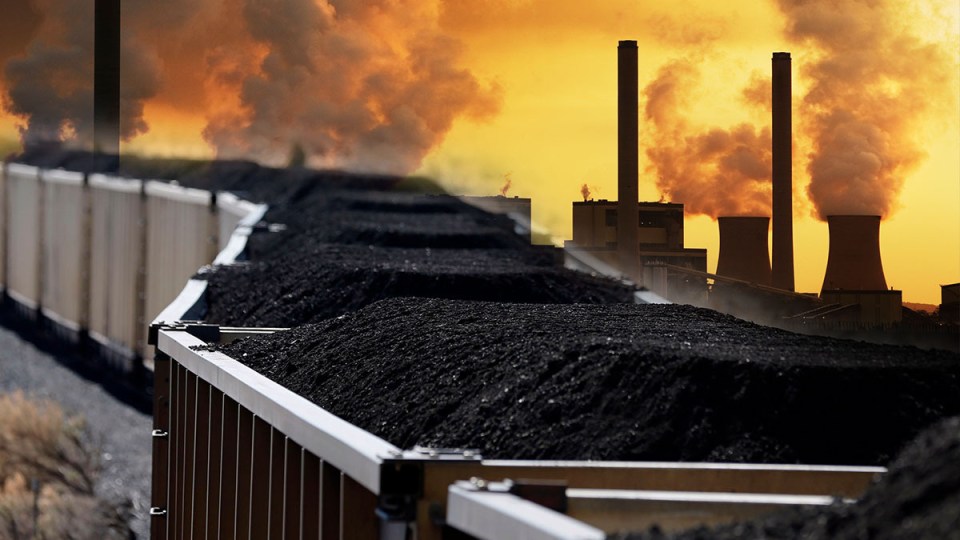 Australia's coal exports are holding a flame to the global thermostat. Image: TND

When Tanya Plibersek released a shocking State of the Environment report this month, she warned Australia could lose the places, landscapes, animals and plants that make it feel like home.

She spoke of the nation’s appalling extinction record, of the foreign plant invasion overtaking native landscapes, of vanishing kelp beds and alarming plastic loads in the sea, of land clearing and the steady decline of the koala.

What she didn’t articulate in the same detail is what’s at stake for Australians reliant on an environment already in poor condition and on the path to further decline.

The 2000-page report is peppered with references to human survival, of irreversible consequences for humankind and the prospect of societal collapses unless the planetary punishment ends.

Liz Hanna has forged a career studying the human health responses to environmental changes and says Australians must understand this week’s report is also about them.

“If we trash the planet, it’s suicide … and the writing is on the wall,” says the chair of the environmental health working group for the World Federation of Public Health Association.

How many species must vanish?

“People talk about the canary in the coal mine. Well, how many animals have to go extinct before we realise ‘Oh, goodness gracious me, we’re an animal too’. If we keep doing this then ultimately we’ll be next.”

It seems obvious to state that human health depends on planetary health but Dr Hanna says it’s difficult to get people thinking that way.

“We’re sitting around comfortably, wallowing away in this privileged country of Australia, having a nice life. Until people are directly involved they don’t understand.

“I think the people who can most recognise it would be those who were having a nice life when the fires came, and the people of Lismore and all the others that have suffered in the floods.”

Those big, dramatic events are highly visible and impossible to ignore, unlike the creeping effects humans experience when the environment is sick.

Things like temperature‑driven chemical reactions in the atmosphere that’ll be exacerbated by climate change and cause more summertime smog in urban areas.

The smog will compound the disease burden associated with air quality, which caused more than 3200 deaths in 2018.

Dr Hanna points to her own experiences of the Millennium Drought to illustrate the many ways less obvious effects of environmental decline might come knocking at the doors of Australian families.

The drought ran for more than a decade, with devastating effects for much of southern Australia.

The dramatic effects of the Murray–Darling basin drying out included threats to the water supplies of cities and towns, widespread crop failures, live-stock losses, dust storms and bushfires.

The big environmental impacts included the temporary disconnection of 33 South Australian wetlands to help save water.

When the Lower Lakes began to dry up, acidic soils were exposed and the mouth of the Murray River closed and parts of the Coorong became too salty for many native plants and animals to survive.

At the time, Dr Hanna was in rural Victoria and observed the less obvious unfolding of human suffering in communities around Lake Eildon, a dammed reservoir on one of the major tributaries of the Murray.

As the water vanished from the lake, the tourists vanished along with their cash.

“The poor tourism operators, they stayed there for as long as they could. But the towns ended up like ghost towns. One by one, people had to leave because they couldn’t survive without any income.

“And of course that (affects) the people that used to cut their hair, the teachers, the milk bar, the person who makes the steak sandwiches. When drought happens the whole community unfolds.

“Property values go kaput. People abandon with nothing behind them and it’s very hard to go off and buy a new house if you can’t get anything for your existing house.”

As grim as such scenarios are, Dr Hanna wants Australians to turn their minds to the interconnected web of life and says there’s no room for the little-old-me syndrome.

“You see this when people wave their arms in the air around climate change and say ‘it’s little old me, what can I do’?”

She tells her students it’s largely the consumptive behaviour of human beings and the resulting waste that’s landed the environment in a fine mess.

“Collectively, we got ourselves into this problem through the actions of every single one of us.

“So it’s the actions of every single one of us that will get us out.

“We cannot keep ignoring it because it is going to come back to bite us.”

The Stats Guy: Why the cost of everything is rising and what we can do to ease the pain
Floating sweatshop: Oil tanker banned from Australian ports over crew conditions and unpaid wages
Today's Stories

Be scared, very scared, as the environment goes from disaster to utter catastrophe