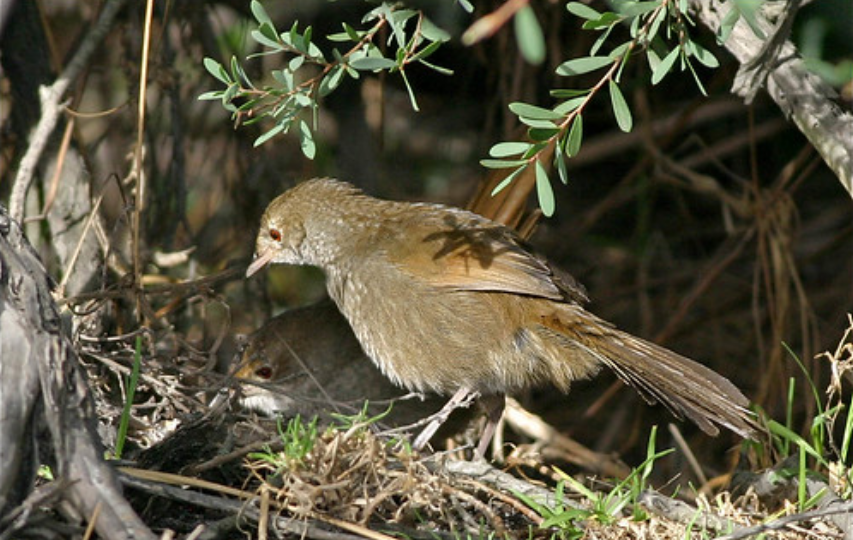 A select group of VIPs was treated to an overnight, first-class trip from NSW to southern Victoria, where they get to enjoy … grass.

The passengers were 17 eastern bristlebirds, a critically endangered species that faced extinction in parts of Victoria during the Black Summer bushfires.

Their relocation from Booderee National Park and Jervis Bay National Park in NSW to Wilsons Promontory on Saturday is the result of a joint effort between the NSW, Victorian and federal governments.

Eastern bristlebirds are ground-dwelling birds known for being timid and poor flyers suffering under the triple impact of climate change, feral predators and a lack of genetic diversity.

The birds have been relocated to the southernmost tip of the Australian mainland, where it’s hoped they’ll become nest-building love birds, breed and increase the species’ genetic diversity.

Victoria’s only other remaining population of eastern bristlebirds is at Howe Flat in East Gippsland. That population had to be temporarily evacuated from the area during the 2019-20 bushfires.

The relocation effort follows the recent State of the Environment report which showed the devastating neglect of Australia’s natural environment.

The country has one of the world’s highest rates of species extinction, and federal Environment Minister Tanya Plibersek said the report detailed the importance of taking action to protect endangered species.

The head of the relocation project, Beau Fahnle from the Environment Department, said relocation of populations was only ever considered as a last resort.

“For the eastern bristlebird, translocation is necessary despite the risks,” he said.

“Through this operation, it is hoped that the eastern bristlebird can flourish in a location where such challenges (from extinction) are less prominent.”