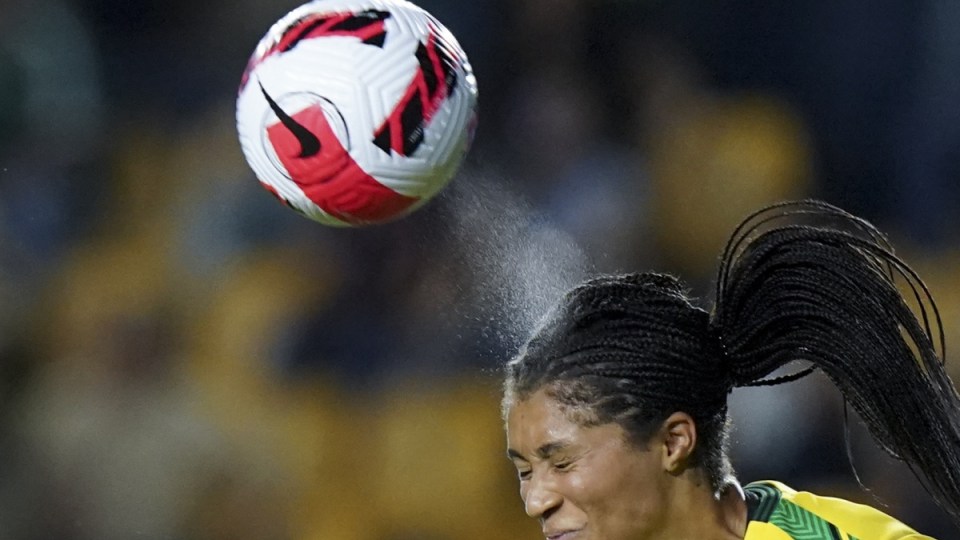 The FA is to trial a ban on heading, hitherto an intrinsic part of soccer, by under-12s. Photo: AP

Deliberate heading could be completely banned from football for children under 12 in England in 13 months’ time.

If successful, the FA will apply to IFAB for a law change to remove heading at under-12 level and below from the 2023-24 season.

It follows the introduction of guidance in 2020 which advised coaches against practising heading in training in football for children aged 11 and under, with a graduated introduction of light heading into training from under-12s up to under-16s level.

The @FA has been granted approval from The International Football Association Board to introduce a new trial to remove deliberate heading in football matches across U12 level and below in England from the start of the 2022/23 season.

A recommended limit of 10 high-force headers per week in training was also introduced into professional football and the adult grassroots game before the start of last season.

The application for trial is part of the FA’s attempts to mitigate against any potential risks of heading a ball, at a time when research is continuing into the possibility of a link between repeated heading of a ball and neurodegenerative disease.

“It represents a cautious approach to playing and enjoying football whilst ongoing research continues in this area,” an FA statement read.

🚨 | The FA are to ban heading for all young players under 12, as part of a new trial.

If trial is successful, heading could be removed completely for all under 12s by this time next year. pic.twitter.com/Jm4wc9qfWz

Dawn Astle, the project lead for neurodegenerative diseases in football at the Professional Footballers’ Association, welcomed the trial.

“We want all our children to enjoy their football, but they must be able to play safely,” she said.

“Football has a duty of care to continue to mitigate against the risks of heading a ball. This obligation includes youth football but also applies to care of players in the elite professional game.

Ms Astle has long campaigned for tougher rules around heading.

The death of her father, former West Brom and England striker Jeff Astle, was ruled by a coroner in 2002 as the result of industrial disease owing to repeated heading of a football.

A subsequent re-examination of Astle’s brain by consultant neuropathologist Dr Willie Stewart showed he had been suffering from chronic traumatic encephalopathy (CTE), a progressive brain disease.

A study, led by Dr Stewart later found professional footballers were three and a half times more likely to die of neurodegenerative disease than age-matched members of the population.