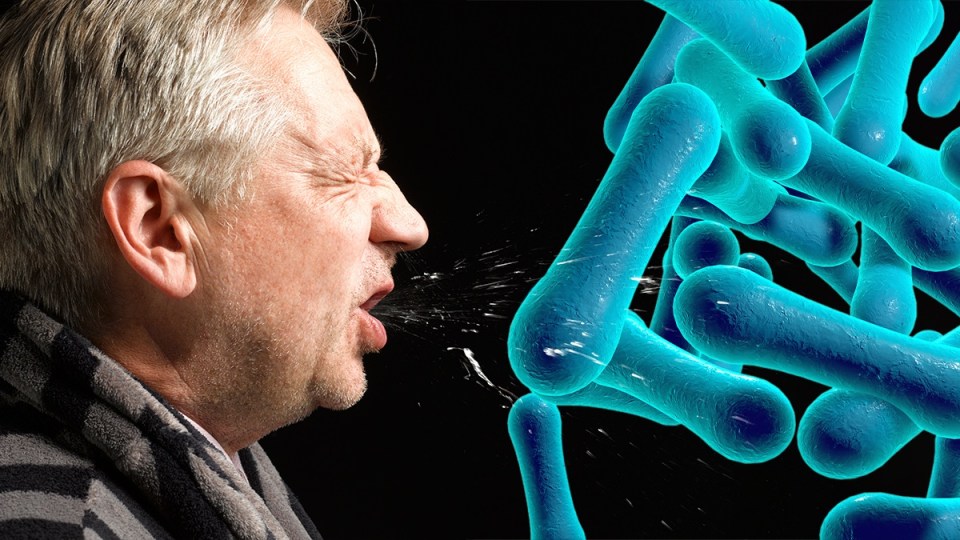 Two children from northern NSW have been diagnosed with diphtheria of the throat. Photo: TND

A leading epidemiologist is calling for calm amid a mysterious outbreak of diphtheria of the throat, three decades after Australia’s last diagnosis.

Australia had not recorded a new case of diphtheria of the throat for 30 years – with the last instance of the disease confirmed in New South Wales in 1992.

That all changed over the weekend when health authorities announced two young children in northern NSW had contracted the potentially deadly disease.

Both children were not vaccinated against diphtheria.

Despite the news, a leading epidemiologist says the outbreak isn’t necessarily a cause for panic, saying diphtheria of the throat is unlikely to become a major health issue.

Diphtheria is a highly contagious disease caused by the spread of a bacterium, Corynebacterium diphtheria.

Diphtheria of the throat shares some common symptoms with both COVID-19 and influenza, including mild fever, a sore throat and chills.

People who become infected with diphtheria of the throat often experience a grey film on the backs of their throats.

The throat infection can sometimes become so severe that a person’s airways can swell to the point that they become completely closed.

Like influenza and COVID-19, diphtheria of the throat is also passed on through respiratory ‘droplets’.

It is passed on when an infected person coughs or sneezes, or when someone comes into contact with surfaces that have been coughed or sneezed on.

There have been 42 hospital admissions for diphtheria of the skin between 1994 and 2016, causing three deaths.

The disease causes pain, redness and swelling of the skin, with those infected often experiencing ulcers.

When popped, the bacteria contained in the ulcers can spread to others.

Why is diphtheria of the throat so rare?

Diphtheria of the throat is incredibly rare in Australia, largely due to high vaccination rates.

More than 90 per cent of the Australian population is vaccinated against diphtheria, with children receiving doses at six weeks, four months, six months, 18 months, four years, and at the beginning of high school.

It’s then recommended that people get a diphtheria ‘booster’ once they turn 50.

Australia’s school-based vaccination efforts began in the 1930s, back when the disease was one of the biggest killers of children.

University of South Australia professor of biostatistics Adrian Esterman said that while vaccinated people can still become infected, it dramatically reduces their chances.

“The key message here is to make sure your kids get vaccinated,” he said.

“My understanding is that the vaccine’s 60 per cent protective against infection.”

“Some of the cases that we do get in Australia are when refugees may be coming from war-torn countries where they don’t have vaccination available,” he said.

“But generally speaking, it’s usually always the skin type, and it’s quite unusual to see one across the throat … diphtheria of the throat is far more serious a disease.”

What caused the outbreak?

Mystery surrounds the two new infections, with many speculating how the deadly disease came to return to Australia after so long without any recorded infections.

The two known cases were recorded in northern NSW, where a growing number of parents are notoriously choosing not to vaccinate their children.

As for the source of the disease, Professor Esterman warned against making assumptions, saying it’s hard to know where the infections came from without more information publicly available.

“It’s very difficult to know until we get more details of how these cases came to be. We simply don’t know at this stage,” he said.

“Within another week, we’ll probably have more details coming out via the authorities.”

Is it cause for concern?

Professor Esterman said that, while he was curious about the disease’s re-emergence in Australia, it’s likely not a cause for concern.

“The numbers are tiny if you think about it. I mean, this compares to thousands and thousands of cases a hundred years ago. It’s rare. It’s unfortunate.”

Whereas some countries with low vaccination rates have experienced mass diphtheria outbreaks in recent years, the same is unlikely to occur here.

“We don’t have that situation in Australia. We have a very good immunisation system,” Professor Esterman said.

“So I really don’t see this being a major public health issue, at least at the moment anyway.”

Professor Esterman said he expected the spread of the disease could be controlled “quite easily”.

“Once you find a case, then you go straight into the use of public health measures of isolation, contact tracing, and the whole thing can be controlled quite easily,” he said.

“I don’t think the public health authorities would be overly concerned because they know these two cases [have been] isolated, they’ve been treated and all close members of the family have been vaccinated now,” he said.

The disease is dangerous if untreated, but it can be effectively managed using antibiotics.

Influenza and COVID-19 are both viruses, which need to be treated with antiviral medications and can take some time to develop.

“Diphtheria been around for a long, long time. And we have antibiotics that work against it,” Professor Esterman said.

How can I stay safe?

If you’re vaccinated against diphtheria, there is a small chance that you can still catch it. However, you’re far more unlikely to grow ill if you do.

If you haven’t had your diphtheria jab, however, it might be a good idea to mention it next time you visit the doctor’s office.

“Next time [you] visit a GP, I’d probably mention it, and their vaccination records can be checked to see whether they’ve had a booster or not,” Professor Esterman said.

If you or a family member are not vaccinated against diphtheria, look out for the key symptoms, particularly a sore throat, and be sure to visit a doctor as soon as possible.