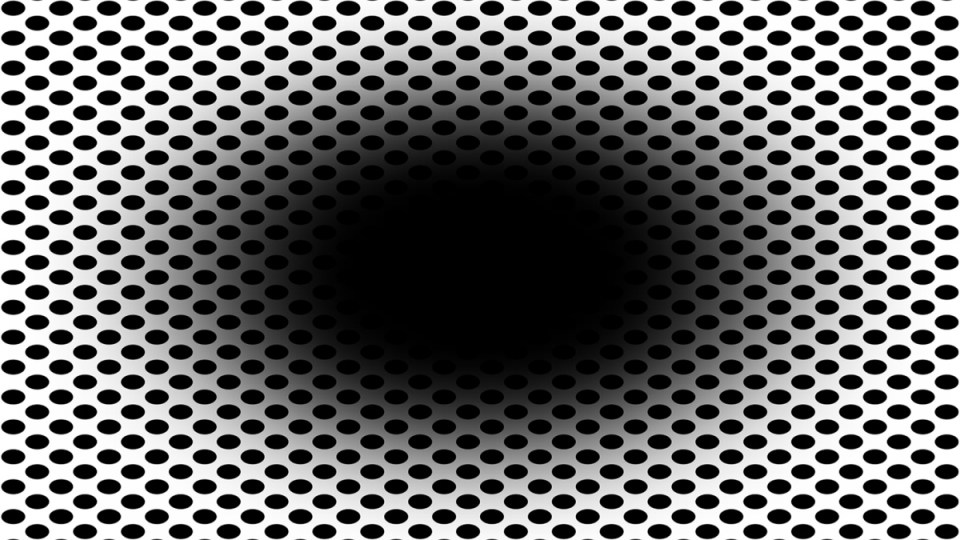 Your brain thinks you're entering a dark room. Photo: University of Oslo

A new optical illusion has revealed how the brain responds to what it perceives or even imagines is going on, rather than what’s actually occurring.

According to researchers from the University of Oslo, ‘‘the ‘expanding hole’ illusion is so good at deceiving our brain that it even prompts a dilation reflex of the pupils to let in more light, just as would happen if we were really moving into a dark area’’.

Dr Bruno Laeng, a professor at the University of Oslo’s Department of Psychology and the study’s first author, said the research had ‘‘shown that the pupil reacts to how we perceive light – even if this ‘light’ is imaginary like in the illusion – and not just to the amount of light energy that actually enters the eye’’.

Researchers in the field of psychosociology ‘‘study them to better understand the complex processes our visual system uses to anticipate and make sense of the visual world’’.

In a new study, Dr Laeng and colleagues explored how the colour of the hole and of the surrounding dots affect how strongly we mentally and physiologically react to the illusion.

Fifty men and women with normal vision were exposed to on-screen variations of the ‘expanding hole’ image.

The participants were asked to rate subjectively how strongly they perceived the illusion.

While participants gazed at the image, ‘‘the researchers measured their eye movements and their pupils’ unconscious constrictions and dilations’’.

As controls, the participants were shown ‘scrambled’ versions of the expanding hole image, with equal luminance and colours, but without any pattern.

The illusion appeared most effective when the hole was black, and was perceived by 86 per cent of participants.

The researchers don’t yet know why 14 per cent of people aren’t susceptible to the illusion.

An even more interesting question is ‘‘whether other vertebrate species, or even nonvertebrate animals with camera eyes such as octopuses, might perceive the same illusion as we do’’.

How this ‘expanding hole’ tricks the brain: 86 per cent of people are fooled