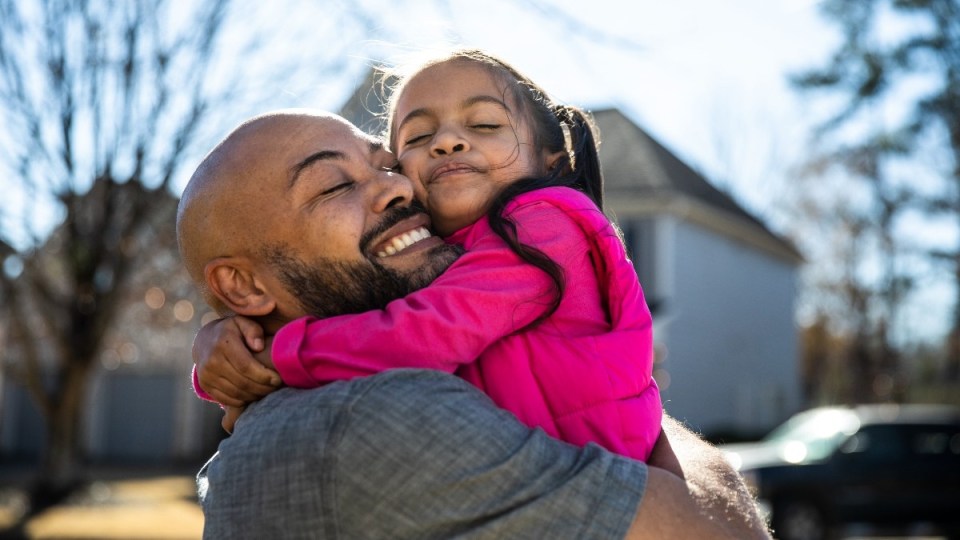 We humans crave touch from a young age to make us feel better.

When a kid scrapes their knee, they turn to their parents for a hug.

When they walk to school for the first time, they hold their parent’s hand tight.

Perhaps unsurprisingly, that need for physical contact doesn’t go away when we get older, as scientists from the Washington University School of Medicine know only too well.

Researchers from the school have recently identified the chemical messenger that sends the ‘pleasant touch’ sensation from your skin to your brain.

Often taking the form of hugs, hand-holding, or caressing, ‘pleasant touch’ delivers for most people a psychological boost that helps reduce their social isolation and stress.

But for people with disorders characterised by physical contact-avoidance and impaired social development, such as autism, those benefits aren’t shared.

To better understand and treat these disorders, the US scientists used mice to identify the neural circuit and neuropeptide (a chemical messenger that carries signals between nerve cells) that sends the feel of pleasant touch to your brain.

The neuropeptide has the catchy name prokinecticin 2 (PROK2).

It’s an important discovery, because it suggests that one day scientists may be able to artificially increase pleasant touch signals in people who would otherwise miss out on their health benefits.

“[N]ow that we know which neuropeptide and receptor transmit only pleasant touch sensations, it may be possible to enhance pleasant touch signals without interfering with other circuits, which is crucial because pleasant touch boosts several hormones in the brain that are essential for social interactions and mental health,” said the study’s principal investigator Dr Zhou-Feng Chen.

Also the director of Washington University’s Centre for the Study of Itch and Sensory Disorders, Dr Chen said the sensation of pleasant touch is important to all mammals.

“Holding the hand of a dying person is a very powerful, comforting force,” Dr Chen said.

“Animals groom each other. People hug and shake hands.”

Dr Chen’s team found that mice bred without PROK2 were unable to sense pleasant touch signals but continued to react normally to other physical sensations, such as feeling itchy.

They also stopped grooming themselves, and showed signs of stress not seen in normal mice.

On top of this, the researchers found that mice lacking pleasant touch sensation from birth had more severe stress responses and were less social than mice whose sense of pleasant touch was blocked in adulthood.

Dr Chen said his team’s findings emphasised the importance of maternal touch in the development of babies.

“Mothers like to lick their pups, and adult mice also groom each other frequently, for good reasons, such as helping emotional bonding, sleep and stress relief,” he said.

“But these mice [without PROK2] avoid it.

“Even when their cage mates try to groom them, they pull away. They don’t groom other mice either. They are withdrawn and isolated.”