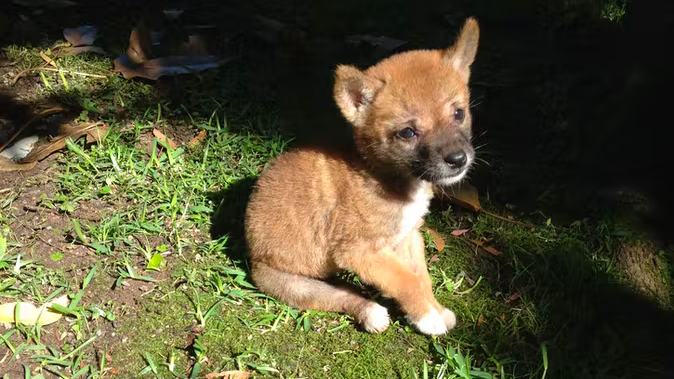 Many people know modern dogs evolved from the grey wolf. But did you know most of the more than 340 modern dog breeds we have today only emerged within the past 200 years?

Dogs were first domesticated during the Neolithic period between 29,000 and 14,000 years ago, and have been closely linked to humans ever since.

Dingoes – the only native Australian dog – are thought to represent a unique event within canine evolution, having arrived in Australia 5000 to 8000 years ago.

Yet dingoes’ exact place in the evolutionary family tree of dogs has never been known.

To find out where they branched away from grey wolves on their evolutionary journey, we used cutting-edge DNA sequencing technologies to discover that dingoes are fundamentally different from domestic dogs.

In research published on Friday in Science Advances, in collaboration with 25 researchers from four countries, we show dingoes are an early offshoot of modern dogs situated between the grey wolf and the domesticated dogs of today.

This work has potential implications for the health of all modern-breed dogs.

By studying dogs we can gain insight into how we as humans have influenced their physical and behavioural traits, as well as observe changes in their genome.

For example, dogs only recently developed the ability to raise their eyebrows – a trait likely developed to communicate more effectively with humans.

So it seems puppy dog eyes really were “created” just for us.

But some examples aren’t so obvious, and can only be found by looking deeper into dogs’ genomes.

Many dog breeds carry several duplicates of this gene (sometimes more than 10 copies). But the wolf and dingo only retain a single copy of this gene.

This duplication in modern dogs likely resulted from a change in diet for the earliest domesticated dogs, as they were increasingly fed starchy foods such as rice (cultivated through early widespread agriculture).

Interestingly, the same gene duplication has occurred independently in other recently domesticated livestock animals, which indicates how humans can affect the genomes of domesticated animals.

An early offshoot of modern dogs

Dingoes are unique as they have been geographically isolated from wolves and domestic dogs for thousands of years.

In our study, we used genetics to help us understand exactly where the dingo fits in the evolution of dogs, and what role it has in the Australian ecosystem.

Initially, in 2017, we only had access to a single dog genome as a point of comparison (a boxer breed). It contained many gaps, due to the limitations of the technology at the time.

However, that same year, the dingo won the “World’s Most Interesting Genome” competition held by US biotech company Pacific Biosciences. This got us thinking about generating a high-quality dingo genome.

But to understand the dingo’s place in dog history, we needed several high-quality dog genomes as well.

So we generated a German Shepherd genome as a representative breed, followed by the Basenji (the earliest dog breed used for hunting in the Congo).

Finally, we were able to sequence the genome of a pure desert dingo puppy, Sandy, found abandoned in the outback (pictured at the top of this article).

The ability to generate high-quality genomes only became possible in the past few years, due to the development of long-read sequencing technology.

This technology has also been crucial to the recently announced completion of the entire human genome.

Using our new dog genomes – along with existing genomes of the Greenland wolf and other representative species including the Great Dane, Boxer and Labrador – we measured the number of genetic differences between these breeds and the dingo to definitively show where the dingo fits in the evolutionary timeline.

We found dingoes are truly an early offshoot of all modern dog breeds, between the wolf and today’s domesticated dogs.

Collectively, our analysis shows how distinct demographic and environmental conditions have shaped the dingo genome.

We can’t say for certain whether the dingo has ever been domesticated, but we do know it’s unlikely it was domesticated after its arrival in Australia.

Future work on more dingo genomes will address whether the dingo has ever been domesticated at all, and also measure the level and impact of pure dingo crossbreeding with domestic dogs.

Many hybrid dingoes are similar in appearance, but there has been substantial crossbreeding, particularly in New South Wales and Victoria.

This knowledge is important. A better understanding of the effect of dingoes cross breeding with dogs may provide insight into dingoes’ role in the ecosystem, and therefore help with future conservation efforts.

Also, knowledge about dingoes’ evolutionary history ultimately helps us understand how and when domestic dogs evolved alongside humans, and can help us identify and target new ways to improve their health and vitality.

Through artificial selection, humans have been selectively crossbreeding dogs for desirable traits and characteristics for hundreds of years.

Although this has created modern purebred lineages, it has also resulted in many breed-specific diseases. For example, Labradors and German Shepherds are prone to hip dysplasia (improper joint fitting that leads to serious mobility issues over time), Golden Retrievers are prone to certain cancers, and Jack Terriers are susceptible to blindness.

Generating high-quality genomes for dingoes and wolves could help us determine the cause of these diseases by serving as a disease-free baseline or reference.

These discoveries could lead to new targeted treatment options for breed dogs.

Research reveals where dingoes sit on the evolutionary timeline of dogs