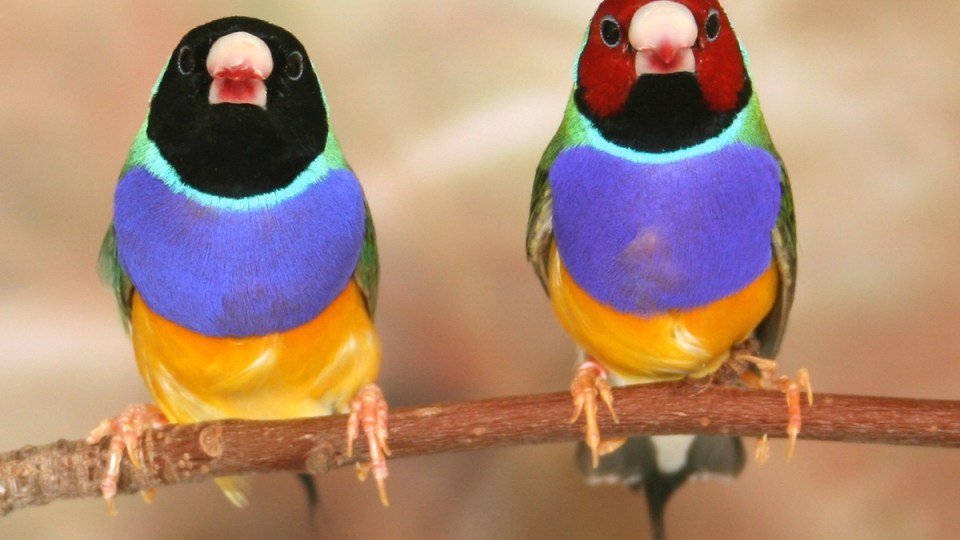 A small flock of rare Gouldian Finches in Darwin has prompted hopes the endangered species once found in their millions may be recovering.

About 18 of the colourful native birds, also known as the rainbow finch, were spotted in Casuarina Coastal Reserve on Saturday, Charles Darwin University says.

“Seeing the finches in a new place like this is a good sign that the birds continue to grow in number,” conservation biologist Peter Kyne said on Wednesday.

“We were quite worried about them at around the turn of the millennium when they appeared to go through a quite rapid decline.”

Some beauty for your timelines…

These are Gouldian finches and native to Australia pic.twitter.com/d49lIwqspr

Gouldian Finches were once found in their millions across northern Australia, including Queensland and Western Australia.

But their population plunged dramatically in recent decades to an estimated 2500 mature individuals.

The finches live in tropical savanna woodlands, where a mixture of their preferred diet of annual and perennial grass species grow.

But ecologists believe livestock grazing, climate change and increasingly hot bushfires have impacted the bird’s ability to find grass seed in these areas.

Birdwatchers usually need to pack a lot of patience and take a long road trip to see a Gouldian Finch in the wild.

“Even then, you might not get lucky,” Dr Kyne said.

“So it’s very exciting and very unusual to see these spectacular birds so close to a residential area.”

The Australian Wildlife Conservancy protects one of the largest remaining populations of the Gouldian Finch at Mornington-Marion Downs sanctuary, in Western Australia’s Kimberley region.

There are also smaller populations at sanctuaries at Charnley River, also in WA, and Wongalara and Pungalina in the Northern Territory.

Gouldian Finches can live for more than five years in the wild but mortality rates are high in the first year.

Adult birds can be one of three different colour varieties.

In the past, many birds were captured for the aviary trade although this was banned in the 1980s.