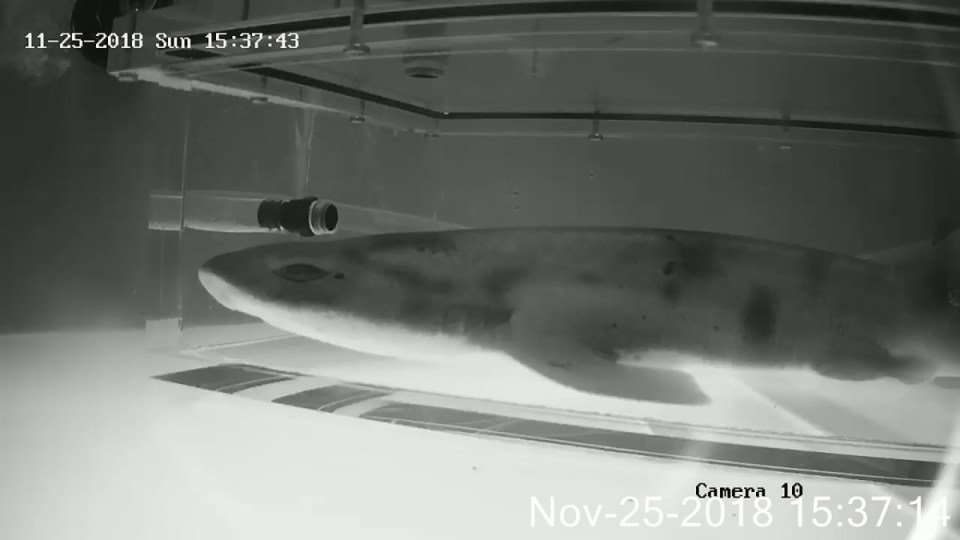 An Australian researcher has proven sharks do sleep, and like to rest lying down. Photo: AAP

One of the great mysteries of the shark world has finally been put to bed after an Aussie researcher proved they do sleep and like to do it lying down.

It’s taken years and a succession of cumulative studies, but Dr Michael Kelly and colleagues at Melbourne’s La Trobe University can now lay claim to a world-first discovery.

At least one species of shark – and they suspect many others – regularly descends into sleep.

Draughtsboard sharks, also known as carpet sharks, even adopt a sleeping position. Instead of sitting up on their pectoral fins, they relax and lie flat during slumber.

Dr Kelly says the “Big Kahuna” moment came when they were able to match up behavioural signs of sleep – such as five minutes or more of inactivity and the adoption of the sleep position – with physiological evidence of sleep in the form of a big drop in metabolic rate.

Sharks can sleep with eyes open or closed

What they also learned is that eye activity is a poor indicator, with the sharks able to catch some zeds with their eyes open or closed.

Dr Kelly says the findings are far more than a fun fact, and the global scientific effort to understand how and why animals sleep might one day explain why humans are also compelled to.

“We still haven’t gotten our heads around why the hell it is that we spend one third of our lives in this weird state, where we are just kind of dead, kind of unconscious,” he says.

“We know it clears brain waste, and it helps synaptic connections.

“But why are we tired? And why do you have to go into this weird state? Why couldn’t you say, just sit on the couch and chill?

“Why do you have to completely switch off, have to lose consciousness? Why is it that your sensory input is basically switched off? We don’t know that.”

Dr Kelly says there’s also no explanation about why sleep is so radically different across the spectrum of living things.

Armadillos for example will sleep for about 20 hours a day. Some birds have hundreds of short microsleeps in a day.

Then there’s unihemispheric sleep common in birds and marine mammals like whales and dolphins, where half of the brain is asleep and one eye is closed, while the matching sets are alert and on duty.

“We actually don’t know whether there’s one all encompassing reason that all animals sleep,” Dr Kelly says.

“But the weird thing is every animal we’ve ever studied so far sleeps and it seems to have persisted across all of evolutionary time.”

Now Dr Kelly has shown sleep is a thing in buccal pumping sharks like the draughtsboard – the kind that can sit still because they can suck in water and pump it over their gills to breathe – he now wants to look at sharks without that ability.

They include great white, tiger and mako sharks, which must maintain constant forward motion to keep oxygen-laden water flowing over their gills.

For obvious reasons that’s going to be a lot harder.

“We started with the buccal pumping species because they stop and move. That’s an easier starting point than an animal that moves all the time.”