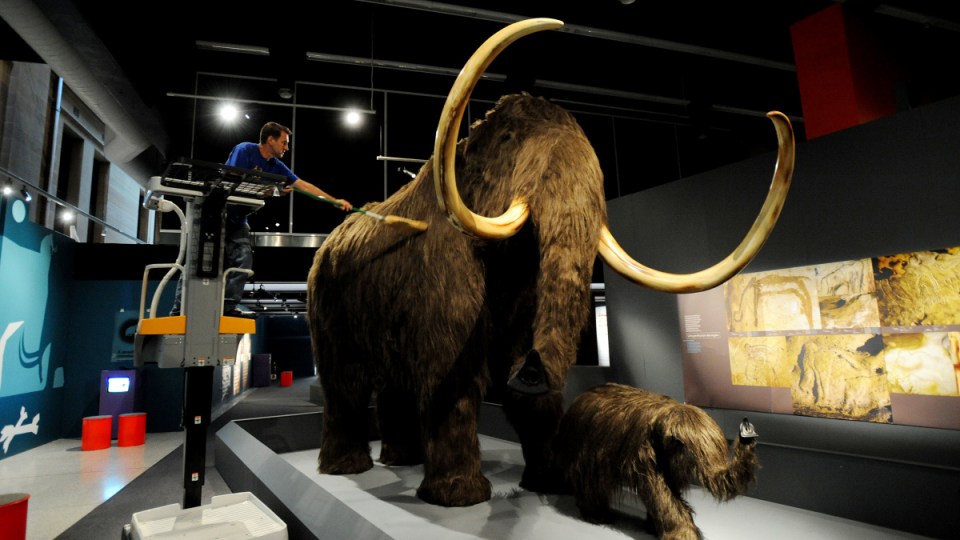 Researchers have found woolly mammoths could have survived for thousands of years longer in Europe and Asia – and could potentially still exist today – if not for humans.

A study led by University of Adelaide and University of Copenhagen has debunked a popular theory that climate change decimated the mammoth’s population in Eurasia before humans finished them off.

Instead they found while climate had an impact, humans fast tracked the woolly mammoth’s extinction by up to 4000 years in some regions.

“We are not saying climate change had no role, we are saying humans had a more important role than what was once first thought,” the study’s lead author, Associate Professor Damien Fordham said.

Using counterfactual scenarios, we show that in the absence of humans, woolly mammoths would have been more abundant across time and would have persisted for much longer, perhaps even avoiding extinction in climatic refugia https://t.co/dgUWG4ogEM pic.twitter.com/1JPv5GvvuX

“We know that humans exploited woolly mammoths for meat, skins, bones and ivory.

“However, until now it has been difficult to disentangle the exact roles that climate warming and human hunting had on its extinction.”

Professor Fordham said the study’s international team of scientists used fossils and ancient DNA to create computer simulations of the mammoth in Eurasia, a process that took more than five years.

“We reconstructed the whole extinction pathway over a period of 21,000 years in Eurasia – all of Europe, Asia, Russia, Pakistan, Mongolia – a really big chunk of the earth,” said Professor Fordham of the University of Adelaide’s Environment Institute.

He said while it was a popular theory that climate change may have eventually killed off woolly mammoths even without humans, their data suggested otherwise.

Results predicted they could have survived for thousands of years longer in the Arctic and even be alive today in a world without humans.

“It’s interesting. In our simulation we took humans out of the picture and in some of those models we saw the woolly mammoth’s persistence,” Professor Fordham said.

“Which leaves us to believe that potentially in some places they may have been able to hold on in the future for much, much longer and potentially closer to the present day … in pockets of northern Siberia where they could take refuge.”

The study was published in the journal Ecology Letters.