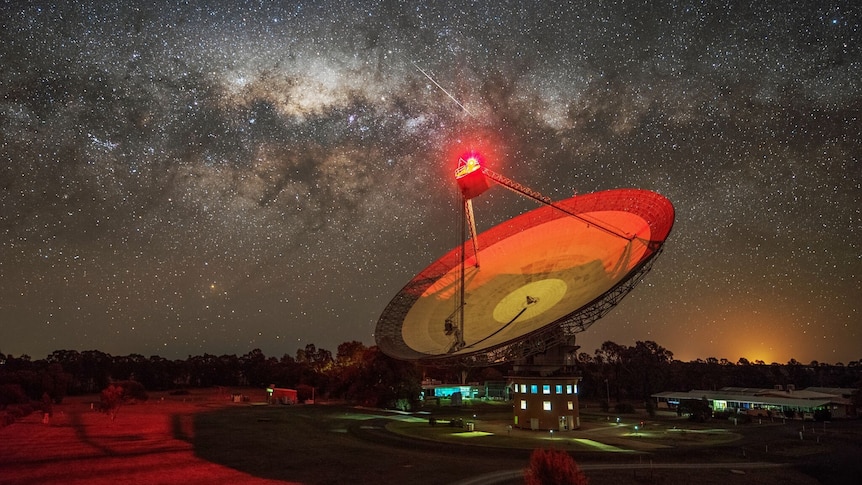 The iconic Radio Parkes Telescope is set to play a role in a new era of space flight. Photo: CSIRO

The Parkes Radio Telescope or ‘The Dish’, as it is more commonly known, will turn 60 this year.

Far from being an ageing relic of a bygone era of space exploration, the iconic Australian landmark has been contracted to support some of the first commercial space missions to the moon.

The Parkes Radio Telescope is famous for its role in broadcasting the moon landing to television sets around the world.

The Dish was then etched into Australian popular culture with the movie of the same name in 2000.

More recently, the 64-metre radio telescope has been on a special mission searching for alien life.

Its next big assignment is to be the vital communication link for an American company that will start running the first commercial missions to the moon in November this year.

John Sarkissian, from the CSIRO’s Parkes Observatory, said it was a fitting job for the Central West landmark.

“In many ways it will be back to the future for the Parkes telescope,” he said.

“Fifty years ago, we tracked the Apollo 11 mission on the moon and later this year we will be tracking the first commercial landing on the moon.”

The telescope has been constantly upgraded over its lifetime, which means it can still be used for modern space missions.

“Even though the telescope will be 60 years old, in many ways it’s a very young telescope because over the years we’ve continually upgraded the telescope so that it is over 10,000 times more sensitive than when it was built,” Mr Sarkissian said.

The CSIRO, which owns and operates the telescope, has signed a five-year deal with Houston-based aerospace company Intuitive Machines.

Intuitive Machines’ first mission to the moon will be a part of NASA’s Commercial Lunar Payload Services (CLPS) initiative in November.

CLPS is a competitive tender that the space agency has offered to the private sector to help with the Artemis program, which is aiming to land the first woman and the next man on the moon by 2024.

Under the CLPS program, private companies will perform science experiments and test technologies to pave the way for crewed Artemis missions.

Tory LeBlanc from Intuitive Machines said the size of the Parkes Radio Telescope meant it could download large amounts of scientific data from the lunar surface.

“These initial missions will underpin the return of humans to the moon and ultimately sustainable presence under the Artemis program.”

Part of the reason why the CSIRO is playing a vital role in the mission is that NASA’s Deep Space Network of telescopes is busy tracking other missions, such as the rovers on Mars.

“In the coming years, there’s going to be a lot of spacecraft coming and going to the moon,” he said.

Mr Sarkissian said the team at Parkes was thrilled to be involved in the next era of space exploration.

“The telescope is an iconic symbol of Australian science and engineering and it really is very, very exciting,” he said.