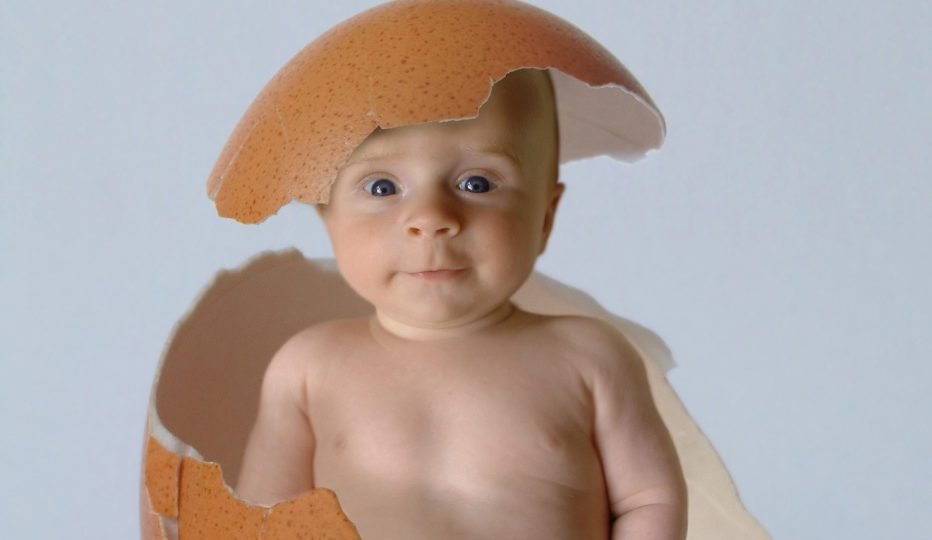 Scientists have made a big breakthrough in the quest to grow mammals outside the womb. Photo: Getty

Scientists have managed to grow the embryo of a mammal in a mechanical uterus outside of the womb for the first time.

This potentially paves the way for babies to be hatched from artificial ‘mothers’ – eliminating the need for all that pushing and screaming. But that’s years down the track.

In the shorter term, the Israeli researchers – who spent seven years developing their mechanical womb – are blowing their own minds, having created an unprecedented first-hand view of embryonic development.

The embryos, a thousand of them grown so far, float about in elaborate glass jars.

This allows the scientists to see “how a tiny ball of identical cells … develops into nervous system, heart, stomach and limbs.”

Why have the scientists blown their own minds

The research was led by Professor Jacob Hanna, of the Hanna Lab for Pluripotent Stem Cell Studies and Epigenetic Reprogramming at the Weizmann Institute of science in Israel.

In a statement from the Weizmann Institute, he said that “much of what is known” about the embryonic development of mammals has relied on

Now Professor Hanna and company have cracked the code – and excitement is running hot over the potential of this technology, which is being described as “opening the door to a new age”.

As The New York Times noted, the artificial womb may allow researchers “to learn more about why pregnancies end in miscarriages or why fertilized eggs fail to implant.”

Also: “It opens a new window onto how gene mutations or deletions affect fetal development. Researchers may be able to watch individual cells migrate to their ultimate destinations.”

How does the mechanical uterus work?

According to the Weizmann Institute, the scientists came up with a two-step process in which they were able to grow normally developing mouse embryos outside the uterus for six days.

“This is about a third of a mouse embryo’s normal 20-day gestation – by which time the embryos already had a well-defined body plan and visible organs,” the scientists say.

In the first step, which lasted around two days, the researchers started with embryos just a few days old, right after they would have implanted in the uterus if naturally conceived.

“At this stage the embryos were balls consisting of 250 identical stem cells,” they wrote.

With this step, the researchers succeeded “in duplicating the first stage of embryonic development, in which the embryo doubles and triples in size, as it differentiates into three layers: inner, middle and outer.”

After two days, the embryos began to form organs from each of the layers – “and they needed additional conditions”.

The embryos were then floated in a nutrient-rich solution in tiny beakers. These were set on rollers so the beakers were continuously spun, gently, to prevent the embryos from attaching to the wall – otherwise the tiny mice would become  deformed and subsequently die.

The team learned in further experiments to closely control the gases, oxygen and carbon dioxide – not just the amounts, but the gas pressure as well.

So far, the mechanical womb can sustain the mice through 11 days of growth – which is more than halfway through a regular pregnancy.

By then, the embryos need a blood supply to survive, and quickly die off.

Already, Professor Hanna – while enjoying the view so far – is looking ahead.

He told the Times he was considering using an “an artificial blood supply that connects to the embryos’ placentas”.

In the end, it’ll be just like Blade Runner. All these little creatures emerging fully formed from their plastic sacs.

Could we be hatched, not born? Mice are being grown in mechanical ‘wombs’