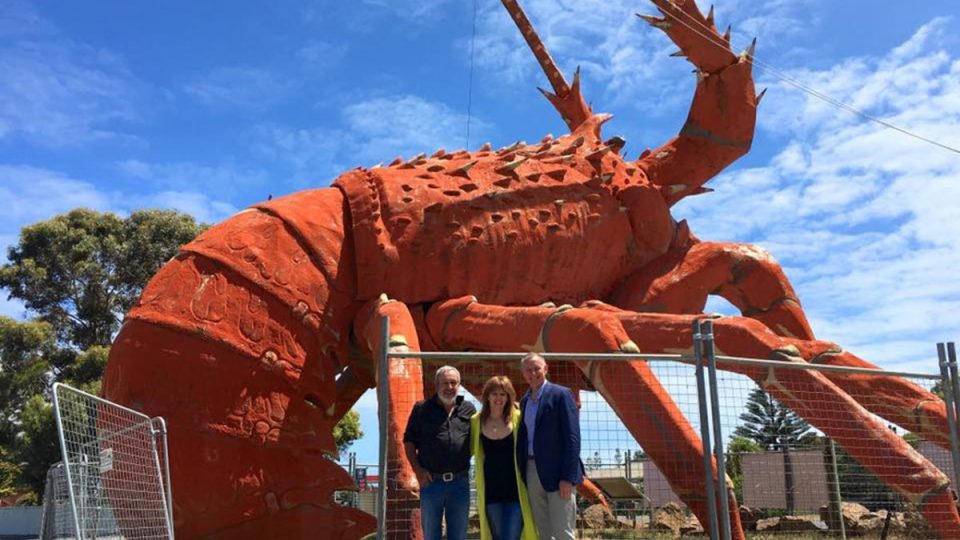 Lobsters are the unlikely inspiration behind an innovation Australian researchers hope will transform the construction industry.

3D printing has long been touted as the future of building, with its potential to save time, effort and materials.

Using the latest technology, a house can now be 3D printed in just 24 hours for about half the cost.

However science has struggled to create 3D-printed concrete strong enough to use in more creative, complex or free form structures.

That is where lobsters come in.

Researchers from Melbourne’s RMIT University have mimicked a spiral pattern in the animal’s shell to strengthen the mix.

“We know that natural materials like lobster exoskeletons have evolved into high-performance structures over millions of years, so by mimicking their key advantages we can follow where nature has already innovated,” lead researcher Dr Jonathan Tran said.

A 3D concrete printer builds structures by depositing the material layer by layer, instead of casting the concrete in a mould.

When the team combined the twisting patterns with a special concrete mix enhanced with steel fibres, the result was stronger than traditionally-made concrete.

“As lobster shells are naturally strong and naturally curved, we know this could help us deliver stronger concrete shapes like arches and flowing or twisted structures,” Dr Tran said.

“This work is in early stages so we need further research to test how the concrete performs on a wider range of parameters, but our initial experimental results show we are on the right track.”

The team will continue its study with a 5-metre x 5-metre robotic 3D printer recently acquired by RMIT, conducting research on the 3D printing of houses, buildings and large structural components.