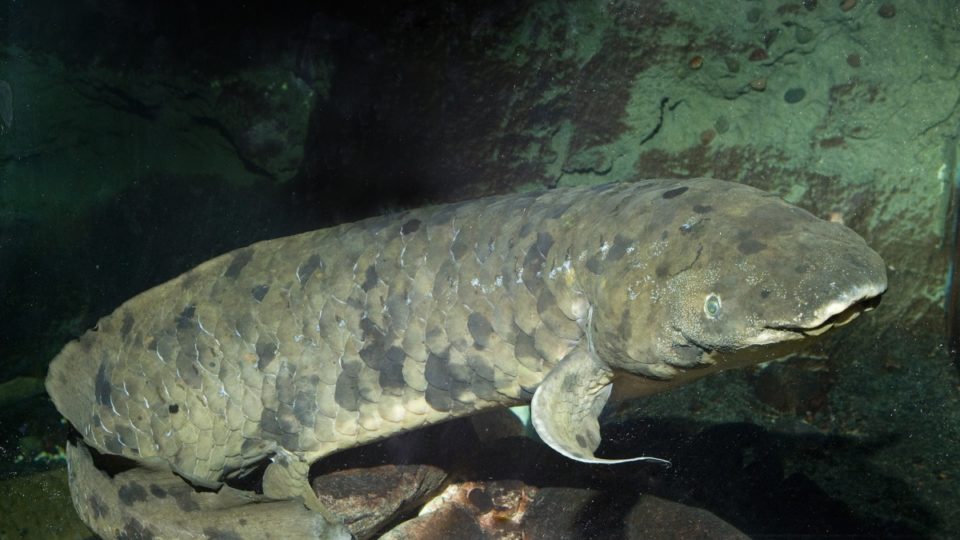 The Australian lungfish is often referred to as a 'living fossil'. Photo: AAP

Biologists say they have cracked the genetic code of the Australian lungfish, which has the largest known genome in the animal world, shedding more light on evolutionary history.

With more than 43 million DNA building blocks, it is almost 14 times as long as our own human genome, according to a study from laboratories in Konstanz, Wuerzburg, Hamburg and Vienna, which was published on Monday in the Nature journal.

The analysis is said to provide insights into the genetic and developmental evolutionary advances that enabled fish to venture onto land about 400 million years ago.

This key development required of its scaly pioneers lungs for breathing air as well as changes to their limbs and ways of reproduction, for example.

Now scientists have been able to show that the developments of lungs is driven by the same gene in humans and lungfish.

“The lungs of lungfish can therefore be traced back developmentally to the same origin as those of terrestrial vertebrates, including humans,” Professor Axel Meyer of the University of Konstanz explained.

Putting the ‘fin’ in fingers

The lungfish’s fin also contains fingers, an ulna and a radius, which are formed in humans using the same genetic information.

The Australian lungfish, first discovered 150 years ago, is considered to be a “living fossil”.

The genome decoders’ findings confirmed the hypothesis that the fish is more closely related to land vertebrates than the coelacanth, making it our closest living fish relative.

They can breathe using their gills as well as their lungs.

Several of the animal’s chromosomes contain as many building blocks each as the complete human genome with its 23 chromosomes.