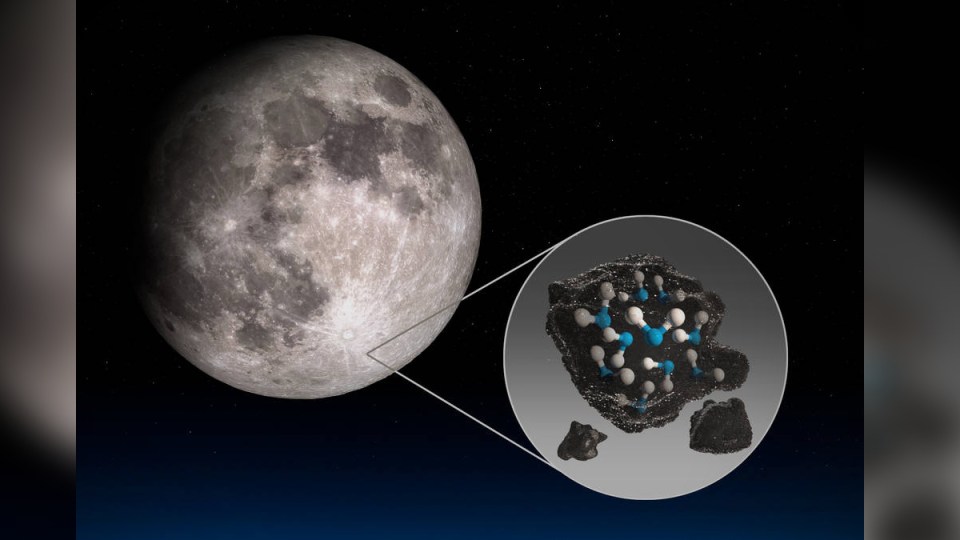 Researchers believe the water on the moon could be turned into drinking water. Photo: NASA

Scientists have discovered an abundance of water on the moon that could be treated and used for drinking or even turned into rocket fuel.

About 40,000 square kilometres of the moon’s surface are cold enough to trap water in the form of ice, as revealed in one of two new studies published in Nature Astronomy.

Although that accounts for just 0.1 per cent of the lunar surface, it is equivalent to nearly 7,500,000 American football fields, according to National Geographic.

It also covers 20 per cent more area than previously thought, and could prolong future missions to the moon, the study suggests.

By measuring the wavelengths of sunlight reflecting off the moon’s surface, scientists at NASA’s ASA Goddard Space Flight Centre found a chemical signature that is H2O.

The water was found near the north and south pole in amounts of anywhere between 100 to 400 parts per million.

“That is quite a lot,” said Mahesh Anand, professor of planetary science and exploration at the Open University in Milton Keynes.

“It is about as much as is dissolved in the lava flowing out of the Earth’s mid-ocean ridges, which could be harvested to make liquid water under the right temperature and pressure conditions.”

He said the frozen water, which was found where the temperature rarely climbs above -230 degrees, could be made into drinking water or separated into hydrogen and oxygen for use as a rocket propellant.

The second study found water in the form of liquid being stored in glass or between grains of sand in sunlit regions near the south pole.

Previous studies have suggested water was able to survive only in polar craters that never receive sunlight.

Casey Honniball from the Goddard Space Flight Centre said: “For the first time, we have unambiguously detected molecular water on the sunlit moon”.

That indicated there were processes occurring on the moon that were creating and storing water, she said.

“Prior to this, it was believed water could not survive on the sunlit moon,” Dr Honniball said.

“Our detection shows that water may be more widespread on the surface of the moon than previously thought and not constrained to only the poles.”