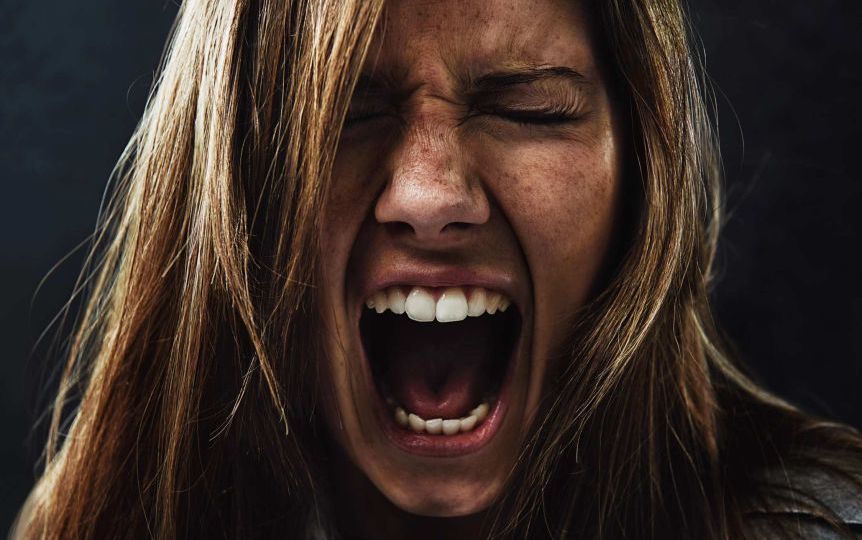 A common reaction to stepping on a piece of Lego. Photo: Getty
opinion

Imagine for a moment, the worst pain you’ve ever endured.

If you were using a pain scale to assess your pain, where zero is no pain at all, and 10 is the worst pain imaginable, how bad would it be?

Some pain, I reckon, feels like it should score higher than a 10 on the scale.

For example, have you ever stepped on a piece of Lego?

Why the heck does that hurt so much? That feels like it should be an 11/10 pain at least.

Now, imagine two different scenarios in which you step on a piece of Lego.

In the first scenario, you’re at a party in pre-social distancing days, having a great time, dancing and laughing away with your friends, and then you step on a piece of Lego.

Sure, it hurts, but you only notice it for a moment and then continue to have fun and party on.

In the second scenario, you’re at home, alone during a worldwide pandemic, and you’re in a terrible mood because you’ve run out of TV shows to binge watch.

You’re already on the verge of tears and then you step on a piece of Lego.

Ahhhhh, it hurts so much, send help!

Despite the same amount of Lego-induced stimulation, the experience of pain is completely different – and this tells us something important about the psychological component of pain.

Our thoughts and feelings can powerfully influence the experience of pain.

During my research career as a pain scientist, I’ve become particularly fascinated by the placebo effect.

Magician Eric Mead put it best when he said: “The placebo effect is where something fake becomes something real, because of your perception of it.”

It’s your belief in it that makes it real.

One of my favourite examples of this is the placebo pill.

Even when a pill contains no active pharmacological ingredient – for example the classic sugar pill that is often used in placebo trials – the colour, size, shape, texture, branding and price of the pill can lead to meaningful changes in symptoms.

It’s like when food tastes better when you eat it off a fancy plate.

Or wine tastes better when it is in a nice wine glass versus a plastic cup.

Well, the same thing can happen with treatments for pain – the way in which we receive treatments can massively change our response.

The more complex, ritualistic, invasive, and credible the treatment is to the patient, the more powerful the placebo effect will be.

Have you ever noticed that when you really believe a treatment will work for you, it just seems to work better?

There’s a clear reason for this.

Our thoughts and feelings about a treatment can powerfully influence how well it works.

What is really important to understand is that the placebo effect is not a fake effect, it’s not a product of our imagination, as was believed for so long.

It is a proven effect with real, physiological effects on our bodies.

While the placebo effect is fascinating, it also creates some real challenges for researchers like me when we’re trying to test treatments.

In order to know whether a treatment has a unique, treatment-specific effect, or an ‘active ingredient’, we need to make sure the treatment is not just working via placebo effects alone.

One way we’ve tried to do this is by using placebo-controlled randomised trials.

This is where we recruit a group of patients with the same health condition, and then randomly split them into two groups.

The goal of this approach is to have patients in each group not knowing whether they got the real treatment or the fake, placebo treatment. We call this blinding.

Blinding ensures that everything else is equal between the groups, including critically their thoughts and feelings.

Obviously blinding is quite easy in trials that test drugs – we can make identical looking, feeling and tasting drugs, and no one can tell the difference.

But we now know that drugs aren’t very effective for pain and instead we use complex, interactive, physical treatments like massage, spinal manipulation, or exercises.

How do we mimic these treatments without the patient knowing that it’s fake?

Mimicking treatments has been an intractable problem in the research world for decades, and many researchers believe blinding is impossible for these treatments.

But I decided to approach this long-standing problem from a new angle.

I thought, how can we achieve the level of deception required to trick patients in placebo groups into believing they are experiencing a real, complex treatment?

Who better to ask than those who trade in deception – magicians.

Through their long history of human experimentation, magicians have developed this really unique understanding of how to alter the cognitions and perceptions that shape beliefs.

And if you think about it, the placebo-controlled trial can be likened to a magic show.

The researcher [magician] must convince the patients [audience] that a treatment [a ‘magical’ event] has occurred when really it hasn’t.

In addition, this must be achieved under conditions of high scrutiny – the patients [audience] are aware they might be tricked, which prompts efforts to uncover the truth.

How to fake acupuncture

I decided to take on the challenge of creating a placebo for dry needling – a complex, ritualistic and invasive treatment similar to acupuncture where needles are inserted into muscles to treat pain.

Leveraging the expertise of magicians, I set out to blind not just the patients, but also the therapists delivering the dry needling in a randomised trial.

Magicians use two main types of illusion to achieve their effects: Sensory illusions and cognitive illusions.

Sensory illusions are phenomena in which the subjective perception of a stimulus does not match the physical reality, for example visual illusions such as spoon bending.

First you see a coin in the magician’s hand, then they close their hand, they wave their magic wand, they reopen their hand and the coin has vanished. The inference here is that the wand caused the coin to disappear.

We used both of these types of illusions in our placebo for dry needling.

We distracted our patients with complex questions – a classic misdirection technique – during critical moments of the procedure, including during the actual insertion of the needles.

And we manipulated their expectations of the treatment, for example we suggested it was completely normal to feel nothing at all during dry needling, so they need not assume a lack of sensation meant they’d experienced the placebo.

The treatments occurred in a really authentic clinical environment to enhance cognitive credibility.

We also created special placebo needles, designed to blind both the therapists and the patients using sensory illusions.

At the same time, the needles still provided the visual illusion of needle insertion for the patients – although the needles appeared to descend into the skin, they actually just retracted into the base.

Research has shown this visual input can actually induce the perception of needle insertion.

Using all of these techniques, our innovative placebo was the first ever in the entire world to successfully blind not only the patients, but the therapists too.

Immediately after the treatment we asked the therapists and patients to guess whether they had just experienced real or placebo dry needling.

Both got the answer right less than 50 per cent of the time – worse than random chance – showing they had no idea which treatment they had experienced, which means they were truly blinded.

This shows we can learn a lot from magicians about how to enhance the illusion of treatment in placebo groups, and control for the profound influence our thoughts and feelings can have on our experience of pain.

Felicity Braithwaite is a physiotherapist-turned-pain-scientist, and a postdoctoral researcher at Body in Mind (pain and perception lab) at the University of South Australia. This is an edited version of her Ockham’s Razor talk on ABC RN.