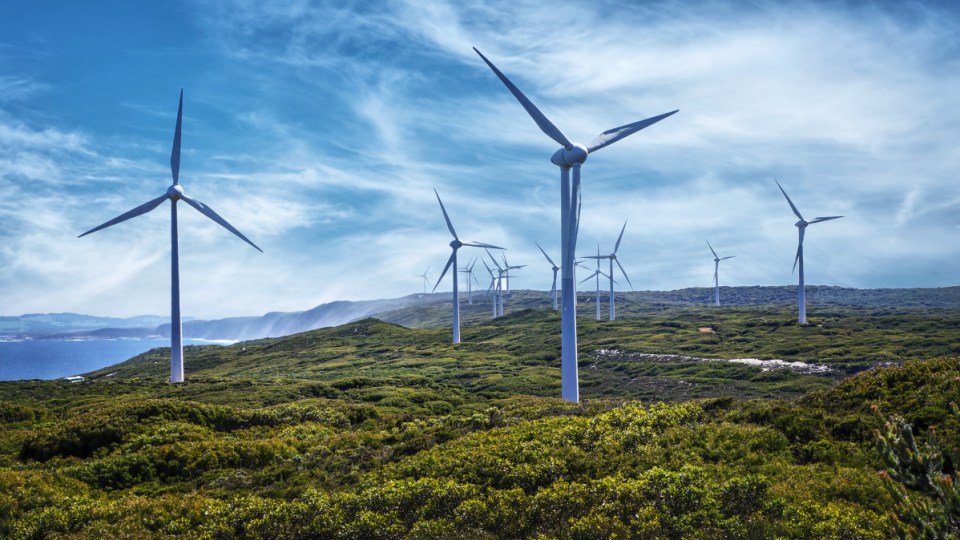 There is growing pressure to invest more in renewables. Photo: Getty
analysis

The bushfire crisis has put Australia’s climate policies in the global spotlight at the same time as the Australian Renewable Energy Agency (ARENA), which drives renewable energy innovation in Australia, is due to run out of money.

The Prime Minister has not yet promised any more funding for ARENA and this is a big opportunity for the Morrison government to put its money where its mouth is, having promised that technological innovation will be Australia’s main mechanism for reducing emissions.

From its inception in 2011 until the end of financial year 2018-2019, ARENA provided funding of $1.44 billion to 478 projects with an extraordinary total value of $5.49 billion – in other words, ARENA delivers plenty of bang for every buck invested.

The Australia Institute has published a new report arguing that ARENA needs an injection of almost $500 million in the short term and at least $2.5 billion committed over 10 years to keep improving the competitiveness of renewable energy technologies and increasing the supply of renewable energy in the electricity grid.

ARENA has made grants to solar PV, solar thermal, geothermal and biomass and renewables ‘enabling’ technologies, like demand response and batteries.

It drives technologies along the innovation chain, taking them from the research phase in laboratories, developing their capabilities and demonstrating that they are ready for commercial deployment.

In December Angus Taylor, the Minister for Energy and Emissions Reduction, told the UN climate summit in Madrid that “The world needs action to reduce emissions and Australia believes technology is central to achieving this”.

Mr Taylor highlighted ARENA’s impact, saying that it “has provided $1.4 billion to improve the affordability and increase the supply of renewable energy in Australia”.

It seems strange that while Minister Taylor is boasting about the importance of ARENA’s achievement on the global stage, his government is allowing the agency to run out of funding at such a critical juncture.

Australia’s emissions have been steady for several years and are unlikely to come down without new policies.

The only sector showing a reliable reduction is electricity, which is partly due to ARENA’s funding.

Over the 2020s, Australia must engineer emissions reductions in other sectors such as industry and transport.

Without a long-term strategy for ARENA to expand its work across the economy, emissions will continue to rise, fuelling longer and hotter bushfire seasons in future.

Despite the rhetoric of the energy wars, there is genuine multi-party support for ARENA across the political spectrum.

ARENA was created in 2011 by the Labor government under Julia Gillard.

In the 2010 election, Labor had failed to win a majority in the House of Representatives. It developed ARENA (and its sister organisation, the Clean Energy Finance Corporation) as part of the carbon price package negotiated with the Australian Greens and rural independents Tony Windsor and Rob Oakeshott.

Ian Macfarlane, then Liberal Shadow Minister for Energy and Resources, gave the Coalition’s blessing to ARENA, saying, “[we] would in our time, had we had the opportunity – or when we do get the opportunity – have established a structure perhaps even similar to this one”.

ARENA’s legislation was passed with support of the Liberal-National Opposition.

When Tony Abbott became PM after the next election, he hoped to abolish ARENA, but it was saved by the crossbench in the senate.

Interestingly, from September 18, 2013 – when the new Coalition government came to power – until July 30, 2019, more than 90 per cent of ministerial media releases about ARENA were positive

In just a few months, the question of ARENA’s ongoing funding will be settled when the government releases its annual budget.

The Australia Institute’s pre-budget submission proposes extending the life of ARENA in the short term, so that it can keep funding new projects through this year and the next.

If ARENA is axed, the Coalition will need a new fig leaf to hide its climate inaction behind.

Although ARENA has been essential in making renewable energy the cheapest form of new energy to build in the past decade, its work is far from finished. The next decade will bring new challenges, such as grid integration, storage and reliability, but there will also be new export opportunities in green hydrogen and zero-emissions electricity.

Whether Australia can rise to those challenges and realise those opportunities will largely depend on whether the government has the vision required to continue funding ARENA, one of Australia’s most successful policy innovations.

Clean energy innovation delivers bang for buck. So why won’t the government fund it?