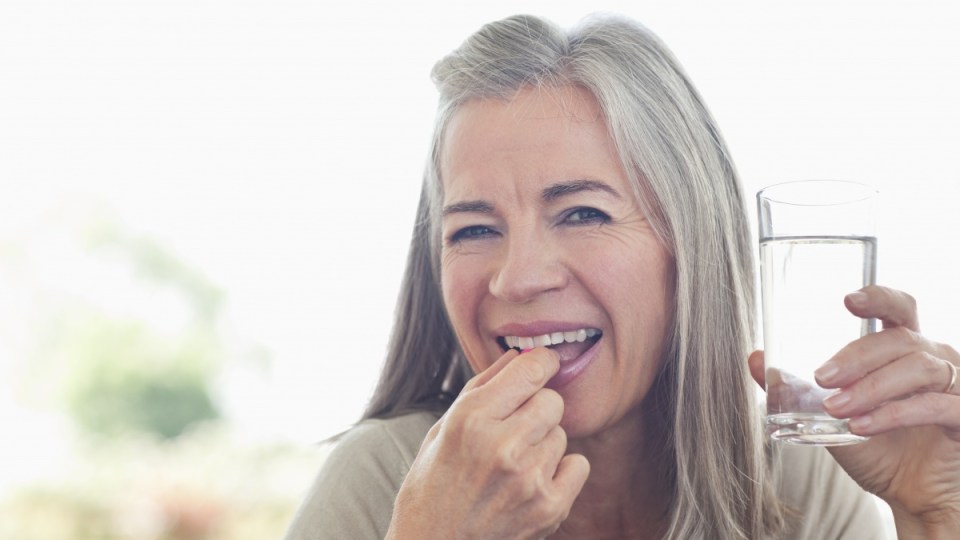 Taking too many Vitamin D supplements won't do you any favours. Photo: Getty

Vitamin D is meant to help us build strong bones. But a new study has found that too much can actually be harmful.

In some rare cases, it can damage your arteries.

Nicknamed ‘the sunshine vitamin’, vitamin D helps boost the body’s absorption of calcium and phosphorus – and can be a possible safeguard against osteoporosis.

But Harvard researchers have found it’s possible to have too much of a good thing. And many people are overdoing it by taking too many supplements.

The Harvard study, published in the Journal of the American Medical Association (JAMA), found that once you get to a certain level of vitamin D, increasing the amount is probably going to hinder rather than help you.

As part of the study, a group of adults took large amounts of the nutrient daily and underwent a series of tests.

Rather than gaining extra bone density, the researchers found that some of the participants actually ended up worse off.

Dr JoAnn E Manson, a Professor of Women’s Health at Harvard Medical School, said not only did the study find no improvement in bone density at the higher doses of vitamin D, there might even be some harm by reducing bone density.

“People often assume that if some is good, more is better,” Dr Manson said.

“This is generally not the case, and certainly is not true of vitamin D.

“While there is no question that vitamin D and calcium are essential to bone health, it appears that very high doses of vitamin D don’t provide further benefits for bone health and may actually have a harmful effect.”

In some rare cases, taking too much supplemental vitamin D can lead to hypercalcemia, a condition in which too much calcium builds up in the blood and may cause deposits to form in the arteries or soft tissues.

It may also predispose you to painful kidney stones, formed when high levels of minerals in your urine start to crystallise in your kidneys.

In a separate Harvard study published in JAMA in 2017, researchers found a 2.8 per cent rise in the number of people taking potentially unsafe amounts of vitamin D between 1999 to 2014.

But what exactly is an unsafe dose? That’s where it can get tricky.

In 2010, the Institute of Medicine (IOM) issued a report in which a group of experts estimated that a vitamin D level of 20 ng/mL or higher was adequate for good bone health, and that a level below 20 was considered a vitamin D deficiency.

However, one year later, the Endocrine Society issued a report urging a much higher minimum blood level of vitamin D, recommending a minimum of 30ng/mL and even between 40 and 60ng/mL for children and adults.

More recently in 2016, a group of top researchers argued for a lowering of the accepted cut-off level of 20 in an article – ‘Vitamin D Deficiency: Is There Really a Pandemic?’ – published in the New England Journal of Medicine.

The authors said doctors were over-screening for vitamin D deficiency and unnecessarily treating people who were perfectly fine.

Before reaching for a tub of vitamin D supplements, try eating good food sources first. It’s much better to get your nutrients from food instead of pills.

Fatty fish like salmon, tuna and sardines, as well as dairy products such as milk, cheese and yoghurt are a great way to boost your levels.

Another tip? Go outside, stand in the sunshine and help your body produce some vitamin D on its own.

Talk to your doctor. Large doses (more than 4000 IU a day) should only be taken if your doctor gives it the green light.

Your skin is less able to produce vitamin D as you age. People aged over 65 make only one-fourth as much vitamin D as they did in their 20s.

Too much of a good thing: High doses of Vitamin D supplements linked to harmful health effects