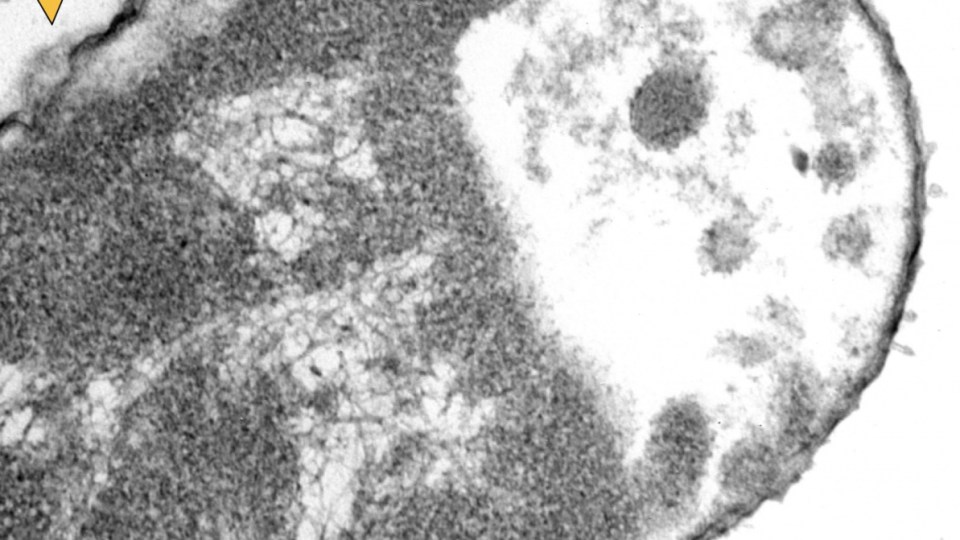 Superbug! In a cinematic universe, you’d have a little flying creature wearing a cape and coming to the rescue of mankind.

But in these apocalyptic times, the superbug is the bad guy – immune to the germ-killing powers of antibiotics, knocking off old people as if they don’t matter and so forth.

All manner of fancy ideas have been floated to kill the superbug – when what we’ve needed is a hero willing to go toe-to-toe with these pitiless, heavily-armoured bacteria.

And here it is: a seek-and-destroy motorised molecular drill that is activated by light to “spin at three million rotations per second” – and ruthlessly disembowel the enemy outright.

If the bacterium doesn’t die after being punched full of holes, antibiotics – now able to seep through the breached resistant wall of the superbug cell – kill it off.

The killer drill is the creation of world-leading and controversial nano-engineer, synthetic organic chemist and professor of computer science James Tour from Rice University.

“These superbugs could kill 10 million people a year by 2050, way overtaking cancer,” said Dr Tour in a prepared statement. “These are nightmare bacteria; they don’t respond to anything.”

One experiment involved the newly emerged hyper-virulent bug Klebsiella pneumoniae, a bacteria that normally lives in your intestines and faeces – but if it spreads can cause pneumonia and other severe infections. This usually happens within a clinical setting such as a hospital or aged care facility.

In the experiment, microscopic images of the bacteria showed where motorised molecules had drilled through cell walls.

All cells have what’s called a lipid bilayer – a thin membrane made of two layers of lipid molecules. These membranes form a continuous barrier around all cells.

The problem is, bacteria don’t just have a lipid bilayer, said Dr Tour. “They have two bilayers and proteins with sugars that interlink them, so things don’t normally get through these very robust cell walls.

“That’s why these bacteria are so hard to kill. But they have no way to defend against a machine like these molecular drills, since this is a mechanical action and not a chemical effect.”

According to a statement from Rice University, the motors also increased the susceptibility of Klebsiella pneumoniae to meropenem, an antibacterial drug to which the bacteria had developed resistance.

“Sometimes, when the bacteria figures out a drug, it doesn’t let it in,” said Dr Tour. “Other times, bacteria defeat the drug by letting it in and deactivating it.”

He said meropenem was an example of the former scenario. “Now we can get it through the cell wall,” he said. “This can breathe new life into ineffective antibiotics by using them in combination with the molecular drills.”

Dr Tour said the nanomachines may see their most immediate impact in treating skin, wound, catheter or implant infections caused by bacteria – like staphylococcus aureus MRSA, klebsiella or pseudomonas – and intestinal infections.

“On the skin, in the lungs or in the GI tract, wherever we can introduce a light source, we can attack these bacteria,” he said. “Or one could have the blood flow through a light-containing external box and then back into the body to kill blood-borne bacteria.”

The world’s first single molecule electric motor was developed at Tufts University’s School of Arts and Sciences in 2011.