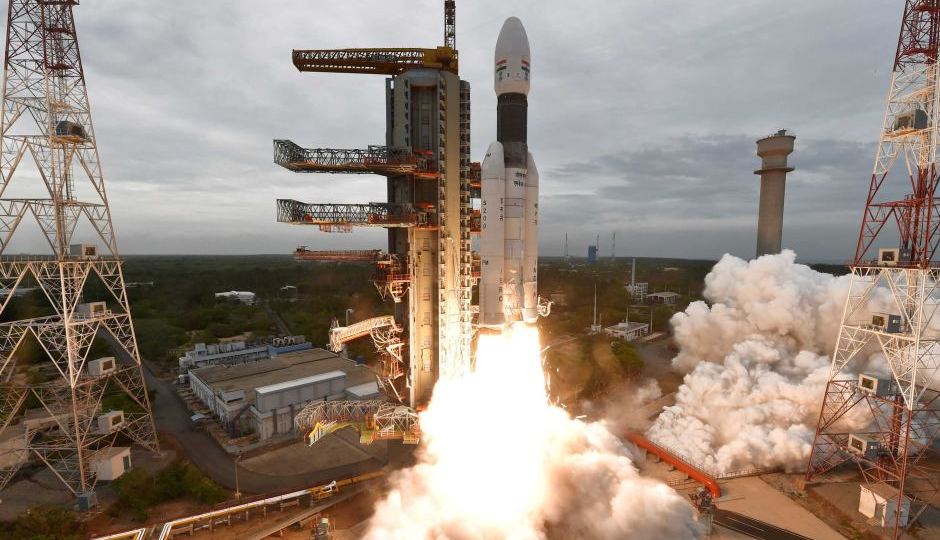 Chandrayaan-2 was launched to explore the South Pole of the Moon. Photo: ISRO

The remains of India’s doomed lunar explorer have been located, with NASA images showing debris scattered on the face of the Moon.

India’s Chandrayaan-2 mission was launched in July and its Vikram lander was due for a soft landing on the Moon in September, however, the Indian Space Research Organisation (ISRO) lost contact with the module as it prepared for its descent.

A day later, the ISRO said it had been a “hard landing”.

The space organisation said the lander’s descent was normal until two kilometres from the lunar surface.

On Tuesday a NASA blog post revealed images of the lander captured by the Lunar Reconnaissance Orbiter Camera (LROC) team.

But it was Shanmuga Subramanian, a mechanical engineer who works in IT in Chennai, India’s east, who had discovered the crash site after combing through images of the Moon taken in September.

Scanning for hours each day

NASA had published a mosaic of images of the Moon taken after the crash, calling for the public to help find the site by comparing the photo to an earlier shot.

Mr Subramanian told New Delhi Television he worked for up to seven hours a day scanning through the lunar images.

“I narrowed my search to two square kilometres,” he told the broadcaster.

“I used only a laptop and searched all the images.”

He managed to locate a white spec in the photo he suspected was the crash site and alerted NASA.

In the image below, the green dots map out the spacecraft debris, while the blue dots indicate areas where the lunar soil was disturbed by the impact of the crash.

The point marked with an S is the spec located by Mr Subramanian.

But the painstaking work paid off after he alerted NASA to his findings.

Mr Subramanian’s tiny, bright dot helped NASA experts narrow their search area, which led them to the discovery of the impact point about 750 metres away.

“After receiving this tip, the LROC team confirmed the identification by comparing before and after images,” the NASA blog post read.

“Two subsequent image sequences were acquired on October 14 and 15, and November 11.

“The LROC team scoured the surrounding area in these new mosaics and found the impact site and associated debris field.”

“We needed to be certain of our interpretation of the observation,” he said.

“Congratulations for what I am sure was a lot of time and effort on your part.”

The Vikram lander of Chandrayaan-2 (Sanskrit for “Moon vehicle”) was due to land in the lunar South Pole region and was equipped with a rover to search the area.

Scientists believe there could be large amounts of water in ice deposits on the Moon’s South Pole, and the Chandrayaan-2 mission, which cost more than $200 million, was launched to explore the region.

Had Vikram‘s landing been successful, it would have made India just the fourth country to land a vessel on the lunar surface, and only the third to operate a robotic rover there.

NASA said that, while the mission resulted in the loss of Vikram, “getting that close to the surface was an amazing achievement”.

Mr Subramanian said he hoped India would be successful in another attempt to land on the Moon.

“Failure is a stepping stone to success,” he told New Delhi Television.