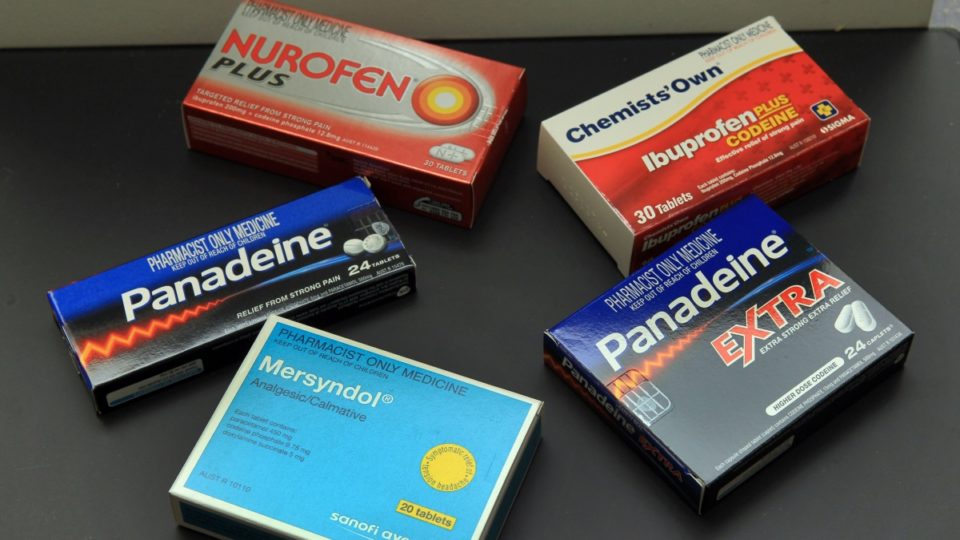 A major hospital says codeine-related poisonings have halved since medicines containing the drug were made prescription-only last year.

In the 12 months since the ban, the number of codeine-related presentations at the Princess Alexandra Hospital toxicology unit in Brisbane fell by 53 per cent, research published in the Medical Journal of Australia on Monday revealed.

While medicines containing high doses (more than 30 milligrams) of codeine have always required a prescription, last year’s rescheduling put an end to the over-the-counter availability of medications containing lower doses (less than 15 milligrams) of the drug including brand-name painkillers, such as Panadeine, Nurofen Plus and Mersyndol, and cough, cold and flu medicines such as Codral and Demazin.

“Evidence shows that over-the-counter medicines containing codeine provide little additional benefit in pain relief in comparison to other similar medicines without codeine,” The Royal Australian College of General Practitioners (RACGP) said in support of the move.

“Furthermore, codeine can be addictive and with regular use, patients can become dependent on it, leading to misuse and, in extreme cases, death. In Australia, there are over 150 codeine-related deaths per year.”

Codeine: Before and after the ban

In the 12 months preceding the ban on over-the-counter codeine, 2235 patients presented to the PAH with poisoning, with codeine involved in 163 of those cases.

In the 12 months following the prescription-only rescheduling, 2516 patients presented to the PAH with poisoning, but only 77 of the cases were codeine-related (a 53 per cent drop year on year).

“The numbers of presentations involving 30mg codeine products – the status of which was unaffected by rescheduling – were similar for the two periods (52 before, 60 after rescheduling,” the researchers, led by PAH toxicology and emergency physician Dr Keith Harris, wrote.

The findings echo those of a University of Sydney study published in October that showed the 2018 ban had halved codeine overdoses and sales, without increasing the number of overdoses from stronger opioids or high-strength codeine, as some had feared.

“Some people were concerned the move would drive people to use higher-strength codeine,” University of Sydney researchers Rose Cairns and Nicholas Buckley wrote in The Conversation.

“This was because people wanting codeine would need to see their doctor, so they might request the stronger products that had always been prescription only.

“There was also concern the change would push people towards even stronger painkillers, like oxycodone and morphine.”

But the study, which analysed calls to the NSW Poisons Information Centre, found a 51 per cent drop in codeine poisonings overall in the year following the change.

“This mainly affected low-strength preparations (the category no longer available without prescription), where poisonings dropped by 79 per cent,” Dr Cairns and Professor Buckley said.

“There was no increase in poisonings with high-strength codeine or other opioids.

“Similarly, sales data showed overall use of codeine dropped by almost 50 per cent, with use of low-strength codeine most affected, dropping by 87 per cent. Again, there was no increase in use of high-strength codeine.”