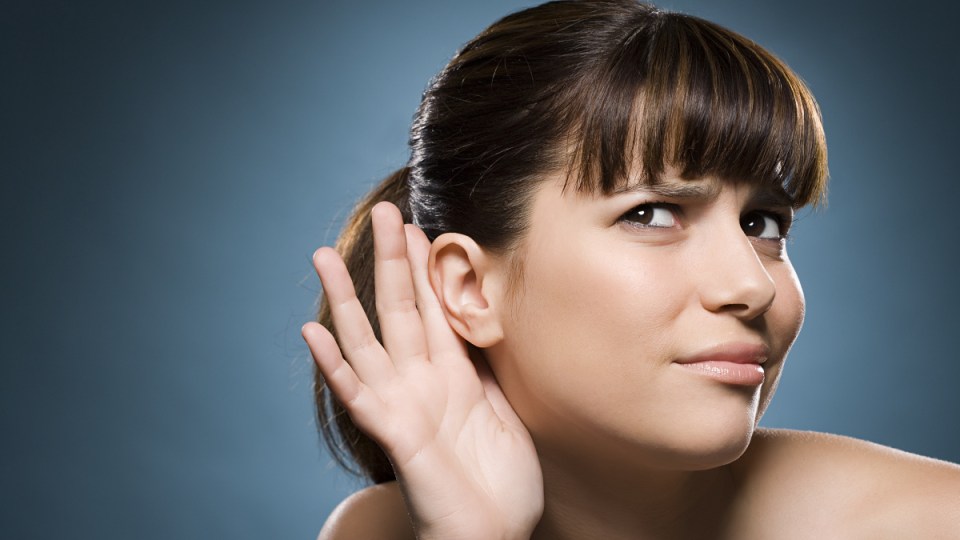 What can really cause hearing loss? Photo: Getty

Losing your hearing is a downer, sure, but there’s something else you should know: you could be losing your mind, too.

US researchers have found a link between hearing loss and poorer cognition in people over 50, even in people who think they have ‘normal’ hearing.

And this connection between hearing and cognition could be present earlier than we think.

Of the 6451 people examined in the study, most were Hispanic women aged over 50. Researchers assessed their hearing and measured how well they performed cognitive tasks, such as memory tests or Spanish-English learning trials.

The report, from The Journal of the American Medical Association, found that participants who had lost just 10 decibels of hearing – which is equivalent to the sound of breathing – produced lower scores in intelligence tests.

That small amount of hearing loss is considered to be well in the ‘normal’ hearing range.

Losing up to 20 decibels below the hearing threshold is still considered to be ‘normal’, too. People who have lost 20 decibels of hearing can’t hear the sound of leaves rustling in a park, but they’ll be able to hear the birds tweeting from above.

This evidence suggests the well-known link between age-related hearing loss and the time when someone starts to have problems with memory, language, thinking and judgment might actually begin a lot sooner than first thought.

One reason for this could be that people who have trouble hearing spend all their energy on trying to pick up all the words spoken that they don’t get time to process the meaning of what was actually said.

He suggested that “people with worse hearing use so much more brainpower to decode the words that are said, they don’t get to process the meaning of what was said, which is the intellectually stimulating part”.

A typical conversation occurs about 60 decibels, meaning those who have lost a little bit of hearing can easily hold their own in a busy restaurant.

Life only starts to get tough when you lose more than 40 decibels of hearing, when it is considered to be a hearing impairment. That’s when higher pitched tones might sound muffled and it might be harder to pick out words against background noise.

Hearing loss is nothing new for the mature-aged among us.

One in six Australians is affected by hearing loss, according to the Department of Health and Ageing. And with an ageing population, this is expected to increase to one in four by the year 2050.

The exact causes of age-related hearing loss aren’t known, but changes in the inner ear and brain are thought to play a role.

While it’s very common for people’s hearing to get worse as they get older, young people shouldn’t get complacent – especially those with their headphones glued to their ears.

According to the World Health Organisation, 1.1 billion young people aged between 12 and 35 years old are at risk of hearing loss due to loud noises at events like parties and festivals.

Very loud music at a music concert or nightclub can reach 120 decibels, which is why diehard music fans can acquire chronic hearing loss over time.

Noise above 140 decibels, like a loud explosion or a plane taking off, can lead to acute hearing loss. If the sound waves damage the eardrum, the middle ear or the inner ear, it can cause serious damage – usually temporary, but sometimes permanent.