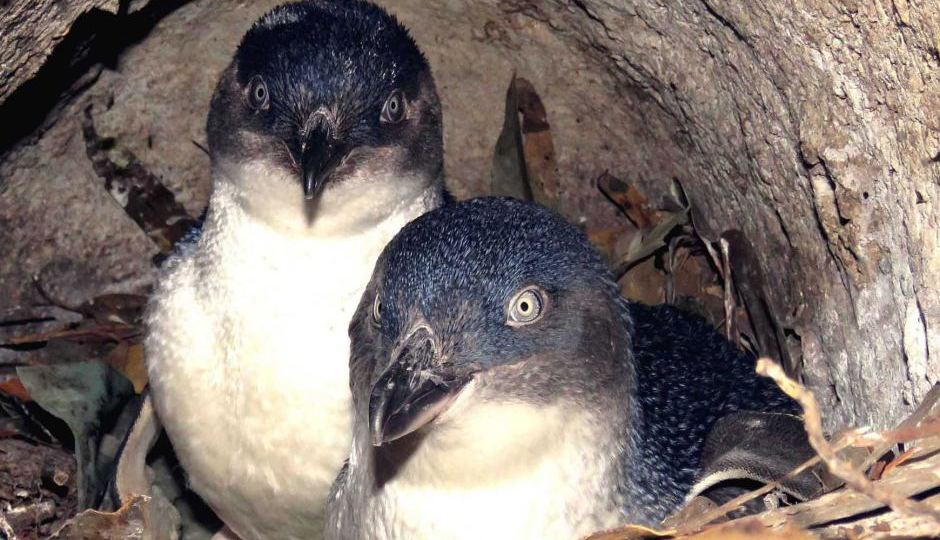 Until now little has been known about what penguins get up to when they head out to sea to forage. Photo: ABC

A study has revealed new insights into the foraging activities of little penguins and how environmental conditions affect how they hunt for food.

The study monitored 29 penguins from three separate colonies within Storm Bay in Tasmania’s south, and the results showed vast differences in how they went about feeding.

Lead author of the study, Lachlan Phillips, said the penguins adjusted their fishing behaviour based on currents, temperatures, depth and salinity.

“What was quite striking was even though we had these three colonies only 30 kilometres from each other, they are all selecting quite different environments for foraging,” he told Lucy Breaden on ABC Radio Hobart.

“They tended to have different strategies [that] they’d use to go out and locate prey.”

Until now, it has not been known how the penguins acted at sea when they left their colonies to forage.

The colonies monitored were at Boronia Beach near Blackmans Bay and Kingston, Wedge Island off Nubeena and the Neck on Bruny Island.

The Bruny Island penguins swam the furthest and went straight offshore to the south of the island, and were influenced by sea surface height as well as tidal flow.

Over at Wedge Island, the birds made the shortest trips and based their foraging around water temperature and salinity.

At the Boronia Beach colony, the penguins stayed around the river mouth but spent the longest time in the water and adapted their behaviour in line with water depth.

Mary-Anne Lea coauthored the study and said the varying conditions that the penguins encountered in their environment impacted the location of prey.

“For example, cold ocean eddies and river mouths are associated with high levels of nutrients that support phytoplankton and therefore attract fish that penguins prey on,” Associate Professor Lea said.

“Cooler and less saline sub-Antarctic waters are preferred by a species of krill found in southern Australian waters, which in turn also attract fish and penguins.”

Associate Professor Lea said the study was important in drawing attention to the impact of changes in the environment.

“As conditions change in highly variable and complex environments such as Storm Bay, so too do the locations where little penguins can find food,” she said.

“Studies such as this highlight the significance of fine-scale environmental variability in determining the foraging behaviour of marine predators such as penguins.”

The penguins were caught and fitted with GPS trackers by a team of researchers from the Institute for Marine and Antarctic Studies and the CSIRO.

Mr Phillips said waterproof tape was used to strap the tracker under the penguins’ feathers for about 24 hours.

“We want to minimise the stress we put the animals under,” he said.

“They head out, do a forage for fish and come back with fish for their chicks.

“That’s while the other penguin stays and protects the chick.”

Mr Phillips said because the penguins were returning to their same burrows they were easy to find again to remove the tracker.

The data was then analysed and mapped, giving the first insights into the birds’ behaviours offshore.

Mr Phillips said while penguins were prey themselves, it was difficult for them to be caught in the water.

“They are quite fast and nimble out in the water,” he said.

“When they are on land they are less comfortable and a bit dopey.”

The little penguin is the smallest species of penguin and the only one that breeds in Australia.