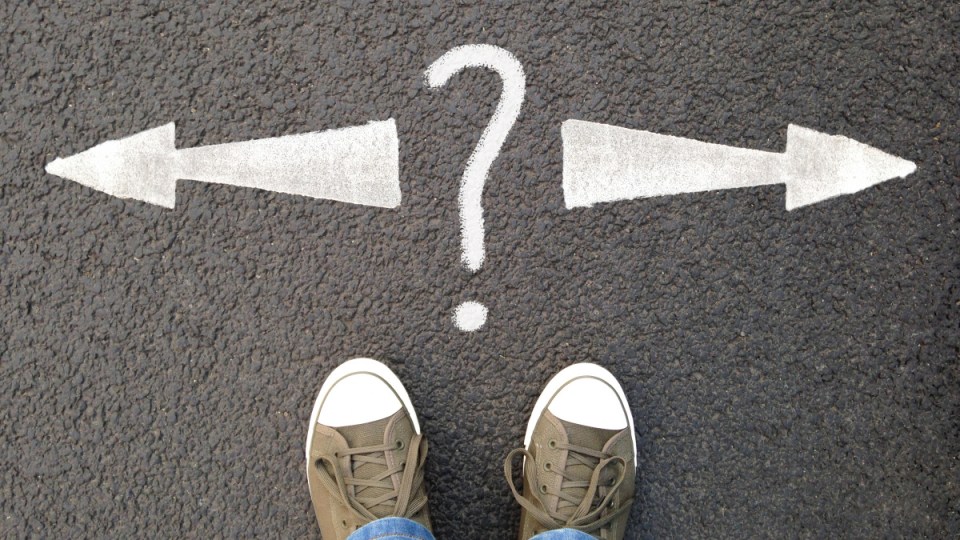 When you wander down most supermarket aisles are you befuddled by too much choice?

There’s a lot of research in consumer behaviour that disputes the notion “more is better”.

It says many of us, when confronted with too many options, either make poor decisions or avoid decisions altogether.

But not true for everyone. Some people thrive on choice.

Our new research helps you determine if you have the personality type that laps up or overloads on choice.

Some choice, at least, is always better than no choice.

Research using MRI, for example, shows higher activity in the brain’s reward and motivation systems when a person feels a sense of control in a situation.

A sense of autonomy at work, such as being free to choose hours of work, has been identified as crucial to wellbeing.

For those with intellectual disabilities, being free to choose from a wide variety of activities has been shown to develop self-empowerment and social interaction.

Because of this instinctive preference choice, there’s a tendency to believe more choice might be better.

Over the past few decades, though, a growing body of research has challenged this premise.

In a pioneering experiment with supermarket shoppers, psychologists Sheena Iyengar and Mark Lepper found consumers confronted with a larger choice range were more likely to make a sub-optimal choice, or make no choice at all.

As noted by another researcher, psychologist Barry Schwartz: “Consistent with the evidence that choice is not an unmixed blessing, results have begun to appear in the literature on human decision making to indicate that adding options for people can make the choice situation less rather than more attractive – that indeed, sometimes people prefer it if others make the choices for them.”

“They provide us with many plans and deals to make us feel like we are in control, but too many choices actually leads most of us to make a bad (or no) choice,” Professor Slonim said.

But at what point does more become less? The experiments by Iyengar and Lepper offered participants an array of six, 24 or 30 choices.

Might some participants have been just as decisive with 12 choices as six? Might they have even been happier?

Swiss economics psychologist Benjamin Scheibehenne and colleagues suggest it is impossible to make blanket predictions about where and when choice overload kicks in for individuals, based on analysing 50 published and unpublished experiments in the area. They concluded:

In summary, we could identify a number of potentially important preconditions for choice overload to occur, but on the basis of the data on hand, we could not reliably identify sufficient conditions that explain when and why an increase in assortment size will decrease satisfaction, preference strength, or the motivation to choose.

This question of how individuals respond differently to choice is the basis of research by myself and colleagues Mathew Chylinski, Ko de Ruyter and E. Tory Higgins.

Through field, lab and online experiments, we have identified a strong relationship between certain personality traits and ability to deal with choice.

How you do on the following quiz will be highly predictive of whether you love or get overloaded by more choice.

The quiz, developed by a team of American and Italian researchers, has also been found to be relevant in consumer-related domains, such as likelihood to procrastinate or accept default options.

If you scored lower than 32 per cent, your personality suggests you prefer fewer options to choose from.

If you scored higher than 32 per cent, then you tend to want more choice when making decisions.

You have what we describe as strong “assessment orientation”. You are more likely to be motivated to evaluate every available alternative to make the best choice. You probably spend an extensive amount of time and energy assessing every possible alternatives before buying something. More options won’t faze you.

So while it may be that businesses purposefully provide extensive choice to “paralyse” consumers, if you’ve got the right personality, more may in fact be better.

The important thing is to understand which type of person you are. If you’re the type of person who loves researching and comparing, you’re in luck: You’ve got plenty of scope to make an informed decision.

If, on the other hand, you’re not assessment-orientated, you need to understand your limits and make a conscious effort to overcome choice paralysis or making the wrong decision.

Does choice overload you? It depends on your personality – take the test