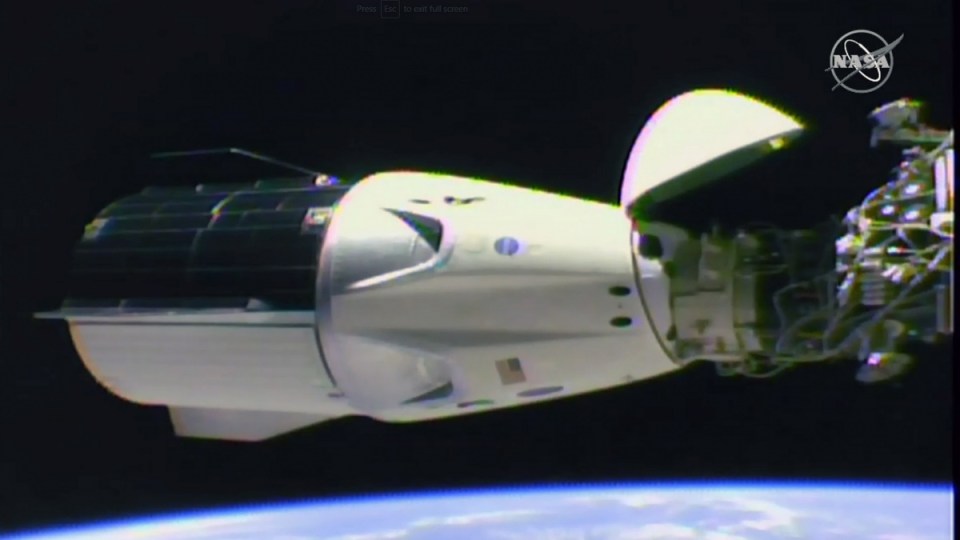 The first manned mission into orbit by SpaceX’s Crew Dragon will take place in the first quarter of 2020, pending the satisfactory outcome of tests, NASA boss Jim Bridenstine says.

On a visit to the SpaceX headquarters in California, Mr Bridenstine praised Elon Musk’s SpaceX for its “fail fast, then fix” approach to spacecraft design after a personal briefing on the company’s long-delayed Crew Dragon capsule.

His comments were a display of unity amid a rare public spat between the two key space figures.

But Mr Bridenstine also said “we are not going to take any undue risk”, emphasising NASA’s concern for astronaut safety.

The National Aeronautics and Space Administration is paying commercial launch contractors SpaceX and Boeing Co $US6.8 billion ($10.0 billion) to build rocket-and-capsule systems to return astronauts to the International Space Station from US soil for the first time since America’s space shuttle program ended in 2011.

Mr Bridenstine’s visit to SpaceX headquarters in the Los Angeles suburb of Hawthorne comes as SpaceX works to overcome key technical challenges on the Crew Dragon.

SpaceX has so far never flown humans into orbit, only cargo.

Mr Musk and Mr Bridenstine said they were working together through SpaceX’s technical difficulties, including concerns over re-entry parachutes.

“It’s a pretty arduous engineering job to get the parachutes right,” Mr Musk said, adding that ultimately Crew Dragon’s parachutes will be safer than those used in the Apollo era.

“Testing will be complete and hardware at the Cape (Canaveral) by the end of December,” he added.

While they provided little concrete details on their joint investigation into a launch pad explosion in April, Musk said incidents were inevitable during complex development processes and rigorous testing.

The visit follows a rare public spat over the last two weeks between Mr Musk and the NASA chief, who bristled at Mr Musk on Twitter for celebrating an unrelated milestone achieved on SpaceX’s deep-space Starship rocket while completion of the Crew Dragon project remained delayed.

Mr Musk quickly shot back during a series of interviews, at one point citing a rival NASA moon rocket dubbed the Space Launch System that is years behind schedule and billions of dollars over budget.

He also told CNN “most of the work” left to complete on Crew Dragon was related to “a long series of safety reviews” by NASA.

Both the Boeing and SpaceX capsules have been beset by delays and testing mishaps that have prevented either company from achieving goals for manned orbital missions in 2019.

With no current means of flying astronauts into orbit from US soil, NASA has been paying Russia about $US80 million per ticket for rides to the space station.