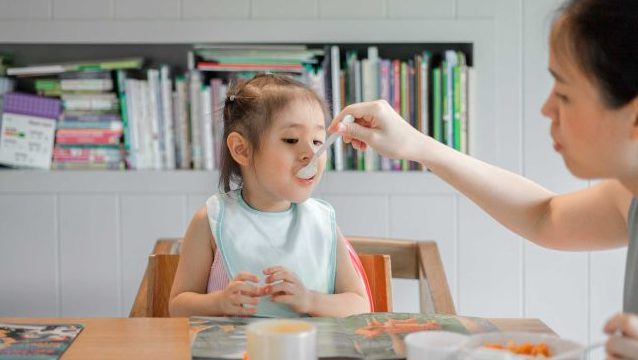 Babies and children prefer sweet foods early on in their life because in nature, sweet taste means calories. Photo: Unsplash

Did you hate the bitter taste of coffee as a kid, scrunching up your face after sneaking a sip of an adult’s brew, but then wake up one morning as a teenager and suddenly fancy a latte?

Or maybe you hated the earthy flavour of mushrooms, and now you can’t get enough of that umami taste?

It might seem like it was a sudden change of heart (or stomach), but how our food preferences change over time is a complex combination of exposure, genetics and physiology, according to taste researcher and consultant John Prescott.

“Food preference is to do with learning,” said Dr Prescott, who is a visiting professor at the University of Florence.

“Genetic factors are important, and there’s also some individual variability in terms of physiology.”

To understand why our preferences for foods might change in different circumstances, we have to go back to what our body uses taste for in the first place.

In nature, taste is what drives our body to consume different nutrients, and what deters our body from consuming potentially dangerous things.

Taste has a number of qualities – sweet, sour, salty, bitter and umami –which are all detected by tastebuds on the tongue and some parts of the mouth, Dr Prescott said.

(And there are murmurings of a sixth taste – fat.)

“If something is sweet [in nature] it’s almost certainly going to be good because it provides calories,” he said.

However, we’re naturally wary of bitter things because bitterness can indicate something is poisonous, and there’s little wiggle room when it comes to bitter taste preferences because it’s highly regulated by our genes.

We also tend to reject sour foods because it can suggest under-ripeness, over-ripeness or fermentation.

“As for salty, you have to take in salt or you simply die,” Dr Prescott said.

“So there’s a specific nutritional link to each taste quality.”

Your taste perception can change in response to you needing more or less of a nutrient, according to nutrition scientist Andrew Costanzo from Deakin University.

“If your ability to perceive taste is reduced, it can drive you to consume more food, more nutrients,” Dr Costanzo said.

But there is more to food preference than taste alone –which only accounts for those qualities of sweet, sour, salty, bitter and umami.

It’s flavour that coffee roasters and wine growers harness to create complex experiences in your mouth.

“Flavour comes from our sense of smell,” Dr Prescott said.

It’s the volatile compounds from food – chemical compounds in vapour form – that we breathe through our nose that, combined with taste, give food its flavour.

These compounds can also be detected through the back off the nose –so when the food is already in your mouth, you’re still “smelling” it.

“If you hold your nose and drink coffee, it’s just a bitter liquid,” Dr Prescott said.

“But normally when you put coffee in your mouth, the volatiles reach the receptors in the back of the nose.”

So if you hold your nose, you take flavour out of the equation and are left just with taste.

A classic test for this is to eat a lolly without looking at its colour, and while holding your nose, and see if you can identify what flavour it is.

With your nose blocked, you’ll probably only be able to detect that what you’re eating is sweet, but not what specific flavour the lolly is.

And in fact, the whole experience of tasting food is also affected by food texture, temperature, chewing and saliva production.

Illness can muck with your tastes

Often, having a cold means a partially or completely blocked nose, which means eating your favourite foods might seem different.

“When you’ve got a cold a lot of people think that they can’t taste things as well, but that’s not really the case,” Dr Costanzo said.

“Because your nasal passages are blocked, you’re not getting those smells coming through so you can’t perceive flavour.

“But you can still perceive taste just as good as you could when you weren’t sick.”

And because your flavour perception is dampened, you might find yourself craving a spicy bowl of laksa or a bucket of salty hot chips to inject some life back into you.

The way you feel about food will likely change in response to a range of illnesses, and medications too, said Dr Prescott.

“A lot of illnesses change your appetite, and that’s different from changing your perception of the smells or the taste of food,” he said.

“There’s also a whole raft of drugs that could alter, sometimes permanently, the sense of taste or sense of smell.”

The experience of eating food can be completely changed by chemotherapy treatment, for example.

The tastebuds themselves can be damaged by the treatment, and as the cells regenerate, they might communicate differently with the brain –so flavours are not experienced the same way they were before.

Some medications can get into your saliva, producing a bitter taste, while others can make your mouth dry, which also affects how you perceive taste and food.

A lifetime of smells and tastes

Taking medication in old age can compound the natural decline most people experience in their senses of smell and taste.

Just as people’s hearing and eyesight might decline as they get older, the senses of smell and taste can become weaker too.

“A lot of people over 70 or 75 will be taking a medication that could impact on taste or smell,” Dr Prescott said.

“But also having a chronic illness can mean you’re not enjoying your food as much to begin with, if your quality of life is poor.”

Our food experiences and preferences are developing and changing throughout our entire life – even before we are born.

“The fetus receives the mother’s bloodstream, which is full of flavour compounds from whatever the mother eats,” Dr Prescott said.

So babies are born with some built-in likes and dislikes from day one, thanks to mum.

“It’s just a function of being a mammal that newborns like sweet tastes, and dislike bitter tastes,” he said

And whether it’s pickles or ice-cream, pregnant women experience changes to their food preferences (or cravings) too.

“In general when you’re pregnant all your taste sensitivities become reduced or dampened,” Dr Costanzo said.

“It’s because you’ve got a baby growing so you want to consume more nutrients in order to help that baby grow.”

If you can’t taste salt as much as you normally can, then your body might be trying to get you to consume more salt in your diet.

“Generally speaking, the less you can taste the more you want to consume,” Dr Costanzo said.

Our natural rejection of bitter-tasting foods extends well into childhood – just watch a kid take a sip of a coffee.

But that dislike for bitterness is tempered with time and exposure, said Dr Costanzo.

“It’s probably a learned effect. As we become exposed more and more to certain flavours, we get used to them,” he said.

It may seem like you just woke up one day in high school and decided it was time to transition from hot chocolate to coffee – but the change had probably been brewing away for a while.

The coffee example is useful for illustrating how our preferences can change, but if you grow up somewhere where coffee isn’t common, you’d probably be even more repulsed by it when tasting it for the first time.

Culture and social influences play a big role in determining what foods we like and dislike.

Teenagers experiment in a lot of different ways and trying different foods is certainly part of that, if through choice, or through a desire to conform to what others are doing, Dr Prescott said.

“There’s no specific changes in adolescence except a broadening of experience,” he said.

In terms of conforming to food norms, the same probably goes for adults.

Do you really like oysters – or do you just order them to seem fancy and fit in?

Our tastes change with adulthood, pregnancy, medication and more. Here’s why