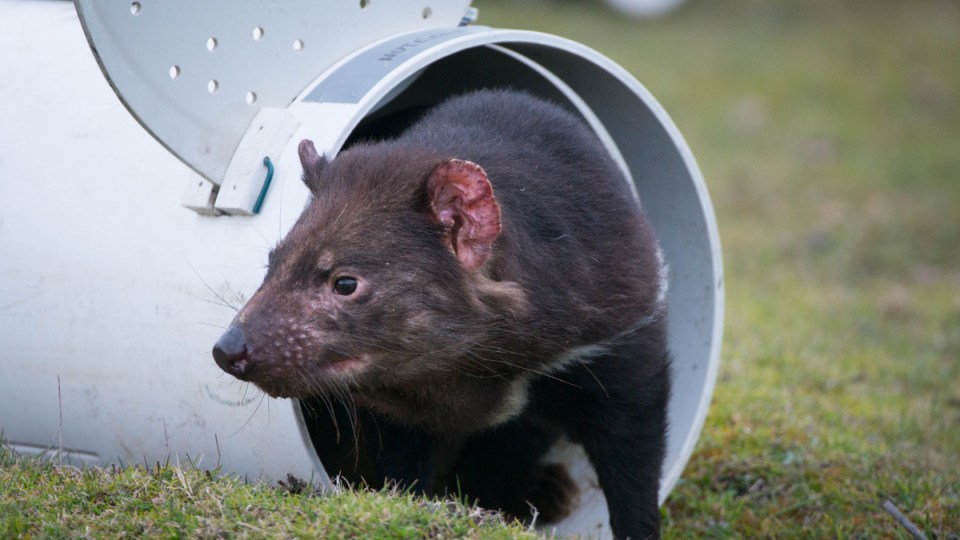 What do Tasmanian devils and humans have in common? Cancer cells that can turn invisible.

Researchers, including from Melbourne’s Peter MacCallum Cancer Centre, have found a breakthrough which could help revolutionise treatment for some cancers if they do not respond to immunotherapy.

It may also hold the key to tackling deadly facial tumours threatening the future of the endangered Tasmanian devil.

The study tracked the way some cancer cells in both humans and the marsupial camouflage themselves using a group of proteins known as PRC2, switching off a marker which would otherwise alert the immune system to attack the cancer.

This can be a major challenge in treating small-cell lung cancer, neuroblastoma and a type of skin cancer known as Merkel cell.

“The huge significance from this project is that (in) patients who sometimes become resistant to immunotherapies, we might be able to reverse that process,” lead Peter Mac researcher Mark Dawson told AAP.

Existing treatments could be repurposed to switch back on the markers, proteins known as MHC, allowing the immune system to recognise the cancer cells.

“Potentially, this has far-reaching implications for people with lung cancer,” Prof Dawson said.

“It’s one of the most prevalent diseases across the globe. And we may be able to treat this in a far better way.”

Researchers also hope the discovery could eventually be used against Tasmanian devil facial tumours, where cancer cells avoid detection in the same way.

“But if the drugs that work in humans can also be used in Tasmanian devils, there is a possibility that this may help with the control of the disease.”