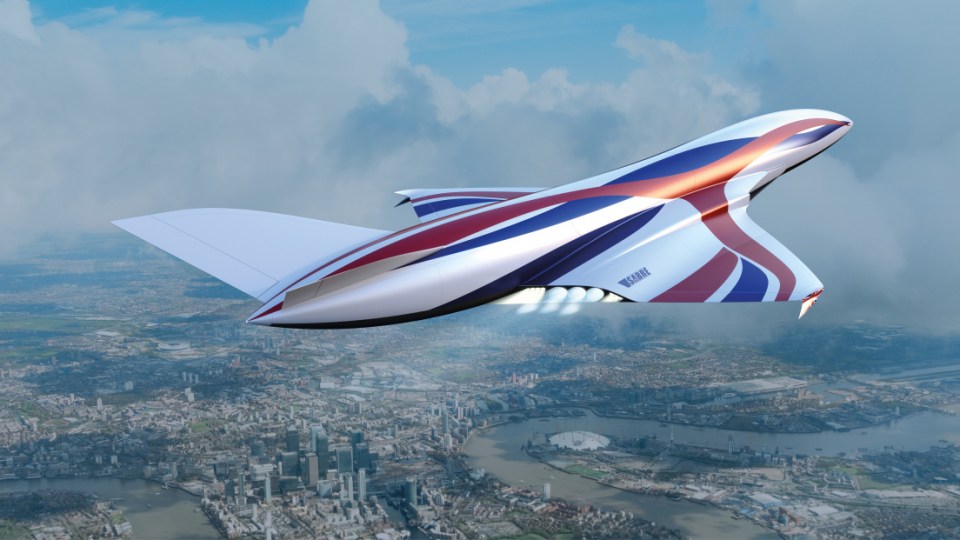 Australians could fly to London in as little as four hours using a new type of engine. Photo: Reaction Engines

A new ‘hypersonic’ engine being developed in Britain could allow travellers make the trip from Sydney to London in just four hours.

The Synergetic Air Breathing Rocket Engine (SABRE) can reach speeds of Mach 5.4 in its breathing mode, and can hit Mach 25 when switched into rocket mode, enabling it to work in space.

By comparison, standard jet engines can typically hit speeds of only up to Mach 3.

“[SABREs] are simply going to revolutionise the way we travel around the globe, and into orbit. Like jet engines,” the engine’s developer, Reaction Engines, said.

“SABRE can be scaled in size to provide different levels of thrust for different applications which is crucial to our success – it’s going to enable a whole generation of air and space vehicles.

The company hopes to have the engine ready by 2030.

Britain and Australia to collaborate

On Tuesday, the British Space Agency announced its plan to work more closely with Australia.

“The UK’s space heritage has strong links to Australia, with the first British rockets lifting off from Woomera in the 1950s,” Space Agency chief executive Dr Graham Turnock said.

“We are committed to strengthening our friendship and partnership.”

“A Space Bridge agreement will bring significant benefits to both our thriving space industries, facilitating new trade and investment opportunities and the exchange of knowledge and ideas,” Dr Turnock said.

“The Space Bridge will open up new opportunities for Australian space businesses to access the global space sector through future trade agreements,” she said.

“This is an important step in the agency’s goal to transform and grow the Australian space industry.”

Both nations are speaking with interested groups to put together a formal framework for the Space Bridge, which UK Space hopes will build on “significant industrial engagement” received during the Satellite Applications Catapult and SmartSat CRC programs.

Australia and Britain has previously collaborated on space programs in the guise of last year’s Surrey Satellite NovaSAR launch.

That satellite uses radar to view the Earth through cloud cover, and 10 per cent of the collected data with the CSIRO.