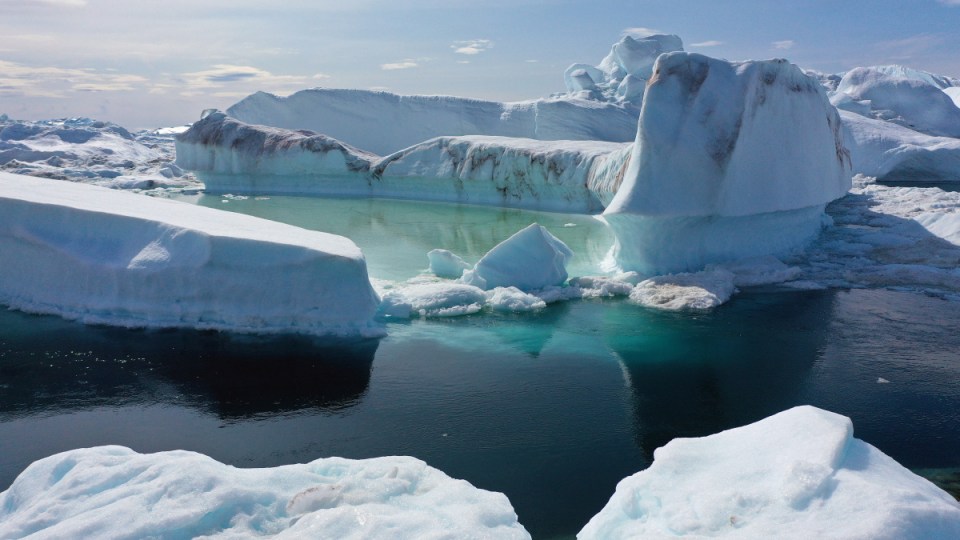 Experts fear the massive ice loss in the Arctic is set to be the biggest single-day ice melt for the past 1000 years.

Ruth Mottram, a climate scientist with the Danish Meteorological Institute, said the area of the Greenland ice sheet, showing indications of melting, is expanding every day and hit a record 56.5 per cent for this year on Wednesday.

The UN’s weather agency warned on July 26 that the warm air was heading towards Greenland as record temperatures hit Paris, parts of Belgium and Germany.

“According to forecasts, and this is of concern, the atmospheric flow is now going to transport that heat towards Greenland,” Clare Nullis said during a UN briefing in Geneva.

“This will result in high temperatures and consequently enhanced melting of the Greenland ice sheet. We don’t know yet whether it will beat the 2012 level, but it’s close.”

Greenland, the world’s largest island, is a semi-autonomous Danish territory between the Atlantic and Arctic oceans that has 82 per cent of its surface covered in ice.

Ms Mottram said forecast cooler temperatures will slow the pace of the melt, but it will continue to expand.

More than 10 billion tons of ice was lost to the oceans by surface melt on Wednesday alone, creating a net mass ice loss of some 197 billion tons from Greenland in July, she said.

The Danish Meteorological Institute said one billion tons of ice loss is equivalent to about 400,000 Olympic-sized swimming pools and a 0.28 mm rise in global sea levels.

The current melting has been brought on by the arrival of the same warm air from North Africa and Spain that melted European cities and towns last week, setting national temperature records in Belgium, Germany, Luxembourg, the Netherlands and Britain.

On July 26, temperatures near Paris reached a high of 43.6 degrees and fires devastated more than 6500 hectares of farm fields and forests.

In Greenland, the melt area this year is the second-biggest in terms of ice area affected, behind more than 90 per cent in 2012.

A lot of what melts can later refreeze onto the ice sheet, but because of the conditions ahead of this summer’s heat wave, the amount of ice lost for good this year might be the same as in 2012 or more, according to scientists.