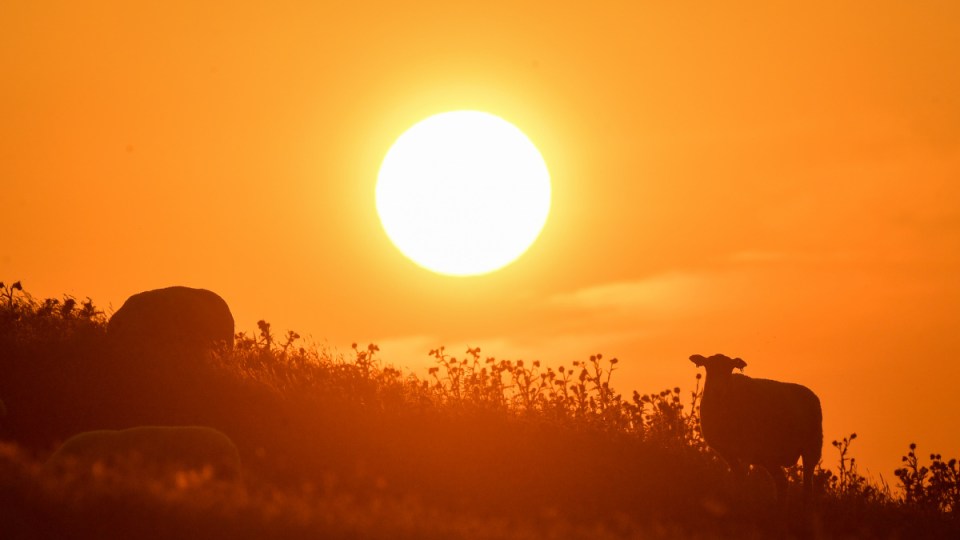 The sun won't explode but will expand eating Venus, Mercury and possibly even Earth when it eventually runs out of fuel and dies. Photo: AAP

An international team of astronomers has witnessed the moments leading up to the death of a red giant star for the first time, in an event they think will be similar to the process of our own sun’s demise.

Australian National University Astronomer Dr Meridith Joyce, in conjunction with Dr Laszlo Molnar and Dr Laszlo Kiss from the Hungary Academy of Sciences, has been studying the red giant labelled T Ursae Minoris (T UMi). T UMi, almost twice the size of our sun, was born 1.2 billion years ago in the Little Bear constellation – more than 3000 light years from earth.

According to the researchers, the star is transitioning from a red giant, a dying star that expands over hundreds of thousands of years while it uses the last of it’s fuel, into a white dwarf star – a dead star that has used all its fuel.

“During this phase, nuclear fusion flares up deep inside the star, causing ‘hiccups’ that we call thermal pulses,” said Dr Joyce.

According to the researchers, these pulses cause drastic and rapid changes in the size and brightness of a star, which are detectable over centuries .

The scientists believe T UMi is entering one of its last remaining pulses and said they expect the star will end its life quietly and slowly in comparison to stars that go supernova, which explode and emit vast amounts of light and energy.

T UMi is a similar celestial body to our own sun and the team of researchers believe it will go through the same process of decay.

The sun is eventually expected to expand and engulf Venus, Mercury and potentially earth in a mere five billion years.

A 'Hiccup' At The End Of History. What The Pulse Of A Red Giant Star Tells Us About Armageddon | https://t.co/yMMbKAoFQR#News pic.twitter.com/cJHckroYAV

If the earth somehow escapes being eaten by the dying sun, it will see the celestial body shrink over a couple hundred thousand years into a white dwarf star and emit a ring shaped shell of gas.

The pulses and eventual death of our sun will, according to Dr Joyce, “also enrich the entire universe with elements including carbon, nitrogen, tin and lead”.

Dr Joyce said T UMi’s continuing demise will be observable in the coming decades and will provide a direct test of scientists’ predictions about our own sun’s death.