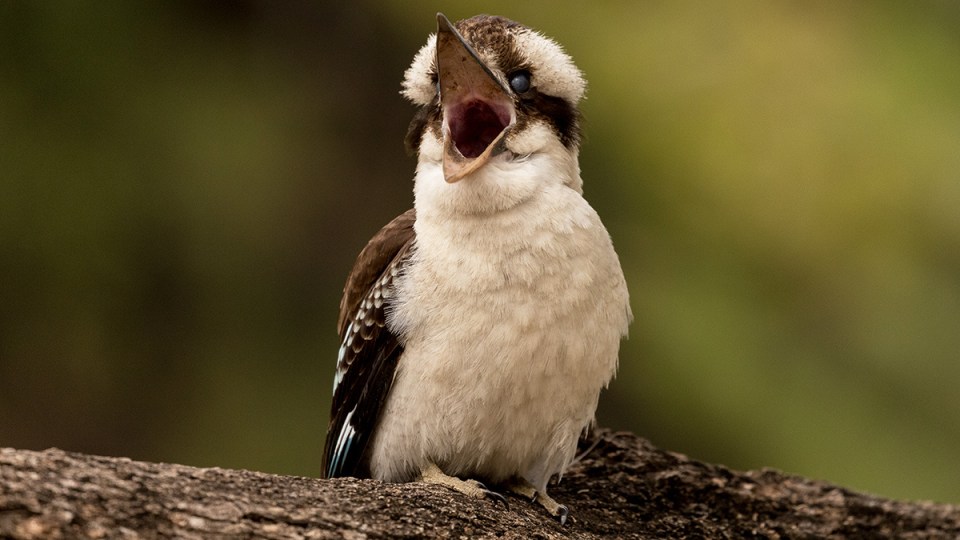 The iconic laugh of the kookaburra is one of the most Australian sounds, according to survey results. Photo: Getty

The call of kookaburras, the sounds of waves crashing on the beach and the hit song Down Under all evoke a sense of Australia, according to new research from Hearing Australia.

Music and other sounds trigger memories and emotions, and are a key part of how humans connect to people and place.

“The sounds we hear can evoke different moods and feelings and remind us of experiences that we associate with those sounds,” says Emma Scanlan, principal audiologist with Hearing Australia.

With that in mind, Hearing Australia commissioned a YouGov survey to determine the sounds and songs that meant the most to Aussies.

The survey found the sounds of kookaburras, the didgeridoo and waves crashing on the beach most reminded people of the country they call home.

Unsurprisingly, quintessential songs like I am Australian (written in 1987 by Bruce Woodley of The Seekers), I Still Call Australia Home (released by Peter Allen in 1998) and Men at Work’s Down Under (1980) also captured the essence of Australia.

The study also asked people to ponder the sounds they would miss the most if they incurred hearing damage or loss.

Music, the sounds of nature and their partner’s or loved ones’ voices topped the list.

The sounds that bring the most joy and feelings of calm, meanwhile, include the sound of rain on a roof, children laughing and waterfalls, the researchers found.

And the sounds of a barbecue sizzling, Mr Whippy’s ice-cream jingle, and summer cricket in the backyard all brought on a sense of nostalgia.

Established during World War II, the department’s original purpose was to investigate sounds for the Australian military.

Its role now is to further research into hearing, advocate for healthy hearing practices and provide free hearing diagnostics for eligible Australians.

“That’s why keeping your hearing in great shape is so important. Good hearing plays a significant role in helping people stay active, happy and involved in the world around them.”

These are the sounds of Australia, according to you