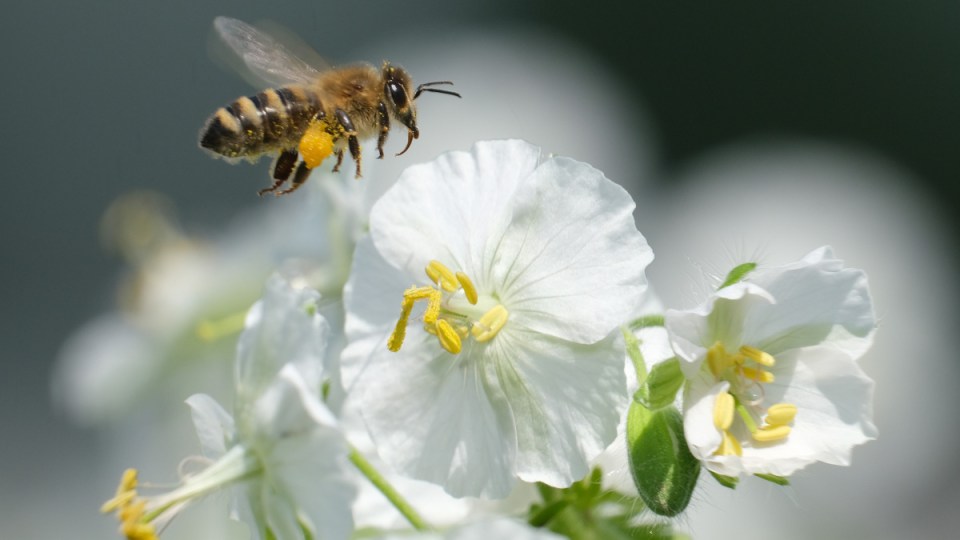 Don't panic. Australian scientists are on the verge of protecting dangerously allergic people against bee stings for good. Photo: Getty

Australian scientists have successfully trialled a bio-accelerant with bee vaccine in a bid to permanently protect people with potentially fatal allergies to bee stings – and to do it faster and more effectively than the “cumbersome” therapies already available.

The clinical trial at Flinders University and the Royal Adelaide Hospital included 27 adults with a history of rapid onset allergic reactions to bee stings.

All participants were vaccinated monthly for 30 months and all developed an enhanced immune response to bee venom, with an early and prolonged switch to antigen production.

In other words, the immune response kicked in earlier and lasted longer.

The vaccine used in the trial was combined with an adjuvant – a type of chemical that primes the immune system.

In this instance, the adjuvant – named Advax and developed by an Adelaide-based company – was derived from inulin, a plant-based sugar in a specific crystal form.

It was also trialled with tetanus vaccine, and is being used in research to develop a vaccine against Alzheimer’s disease. It was found to be effective and safe in both experimental animals, as well as in humans.

However, this is the first time Advax has been used to combat an allergy, according to Dr Pravin Hissaria, clinical immunologist with the Royal Adelaide Hospital, and co-author of the newly published study paper.

Dr Hissaria told The New Daily that vaccine against the European bee is only produced in Spain and the US, and suffers periodic shortages. The vaccine – purified be venom – is also expensive.

Could lead to less vaccine being required

Dr Hissaria is now investigating whether the use of Advax might allow a lower dose of the vaccine to be used in treatment.

“In this study just published we wanted to see if we would get better (immunological) responses, and indeed we found that,” Dr Hissaria said.

“Blood tests found they have developed a quicker response and a better long term response.

“The second question – is the combination of vaccine and adjuvant more efficacious and more potent? – for that, we’ll have to follow up these patients over the next three to five years.”

Next phase: the sting

In the ongoing research – to be completed by the end of 2020 – the participants, already acclimatised to the sting of a needle, are going one big step further.

“The gold standard is what you call sting challenges: we have to sting these subjects with bees, and then see if (the enhanced vaccine) protects them,” Dr Hissaria said.

Dr Anthony Smith, an investigator in the trial from Flinders University, in a prepared statement said bee venom therapy already available required patients to have more than 50 injections over a three-year period to build up their immune system.

The researchers are hopeful for a commercial vaccine to be available in three years. They are also working on a vaccine for peanut allergies, using Advax as an adjuvant.