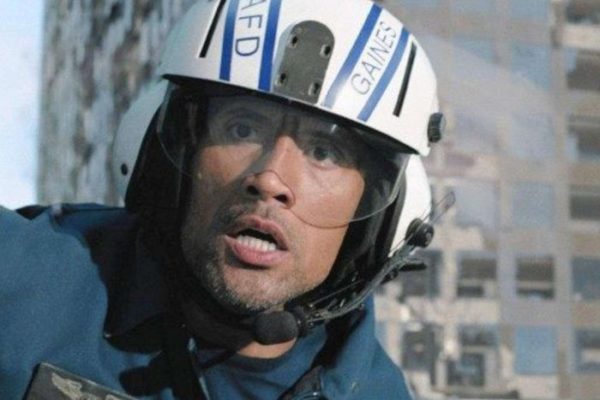 Even action heroes like Dwayne "the Rock" Johnson may not know how to deal with an apocalypse. Photo: Warner Bros

Imagine the apocalypse is coming: The Earth is about to experience a massive solar storm; an asteroid is about to slam into our home planet; or a supervolcano is erupting, sending massive amounts of ash into the atmosphere.

How will you react?

Would you be the leader? Or the one looking after everyone? Or the person who just shuts down in disbelief?

It’s often very difficult for us to predict how we’re going to respond in the face of extreme adversity, said Sandy McFarlane, who is the director of the Centre for Traumatic Stress Studies at the University of Adelaide and has worked in the trauma field for four decades.

And that’s because the sort of stresses we experience in our everyday lives are very different from what we might encounter in a life-or-death situation.

“Language and our imaginations are very poor at anticipating what the reality of those survival challenges is like,” Professor McFarlane said.

“Often people haven’t really been able to create a real scenario in their mind that they can practise, so that when they arrive in a place of extreme horror or fear they really don’t have a repertoire, or a way of understanding or dealing with where they are.”

Even people who have been well trained for difficult situations can actually find they become quite disorganised in the face of an extreme challenge.

So let’s take a look at some of our common responses to stress.

If you’re unlucky enough to find yourself in an apocalyptic situation, you may find it impossible to choose what the right kind of action is.

“People often panic because they can’t choose what they should do,” said Professor McFarlane.

This can be a problem because choosing a course of action allows you to focus.

Sometimes fleeing from a threat makes sense. We call this the flight response: reacting with fear to a situation and withdrawing to a point of safety.

But this response isn’t always so helpful, especially if you’re in a position of responsibility or leadership.

“If people are in a role where they have got to act in a purposeful manner, for example to protect members of the public, if they become overwhelmed by fear they will literally just withdraw from the situation, they flee from it,” Professor McFarlane said.

“It’s where basically an individual’s decision-making processes and ability to organise their environment is broken down and escape is the only solution.”

Another way of dealing with fear is to try and fight the threat.

This is a very instinctive response, Professor McFarlane said.

In some cases it can work well. Trained soldiers often talk about how their worst fear is waiting for a battle to begin, and once they get into battle and can use their skills they feel a degree of calmness.

In other cases, the fight response can lead people to react in an inappropriate way, such as reacting to a threat with extreme aggression, Professor McFarlane said.

Freezing – being physically unable to move and literally frozen with fear – is another common way for us to respond to extreme stress.

It’s a classic in the animal world too – prey animals will often lie down when being chased, in hope that the predator will miss them.

In extreme situations this can lead to people dissociating from a situation, like Kirsten Dunst’s character in the film Melancholia, who becomes catatonic as a rogue planet approaches on a collision course with Earth.

“Some people can lose their memory and just behave in very automatic ways at times of extreme stress that are not particularly well directed or purposeful,” Professor McFarlane said.

Some people are capable of remaining remarkably level-headed in extreme situations, and have a sense of being able to contain and master any threats.

Those of us who can do this are better able to control how our bodies react to acute stress. This is known as your physiological arousal, for example when your heart starts racing or you get short of breath.

One of the most outstanding examples of this is the first man on the Moon, Neil Armstrong, Professor McFarlane said.

Armstrong maintained extreme coolness in difficult and life-threatening situations, and his ability to do this is one of the reasons for the success of the first Moon landing.

They’re often very well connected to others, Professor McFarlane said, and can often bring a group together, because they can not only see the circumstances they’re in but can also utilise the group they’re in.

Making sure other people are OK, or supporting leaders by taking on more subordinate roles are other ways of coping in extreme situations.

Focussing on people rather than the external threat allows these people to avoid the challenges of the circumstances they’re in, said Professor McFarlane.

And supporting those who are potentially more capable of dealing with the threat can help them – and the group – survive.

Our brains under stress

Our bodies release three different hormones when we’re first faced with a stressful situation: Adrenaline, noradrenaline and then, very soon after that, cortisol, said neuroscientist Lila Landowski of the University of Tasmania.

These three hormones affect different parts of the body.

The first part that is affected is our amygdala, which is the emotion-processing part of our brain, Dr Landowski said.

It’s the part of the brain that drives our most basic survival instincts and our immediate reactions to things.

“That part of the brain is actually activated before we even have a chance to think about what we’re faced with, before we can even think about the situation that’s in front of us,” Dr Landowski said.

It’s the amygdala that will then give instructions to the other parts of the body, to tell us to run away or to freeze or whatever our reaction might be.

The problem in today’s world is that many people are facing constant or chronic stress, and their brains are always in survival mode.

“When you have chronic stress you lose the ability to use a lot of your prefrontal cortex,” Dr Landowski said.

“You have less decision-making skills, you have difficulties making judgements about things, you have a lot of difficulties putting yourself into the shoes of other people and understanding their perspective.”

And that doesn’t bode well for people’s ability to react rationally in an apocalyptic situation.

“They might be reactive and visceral and not make the most appropriate decisions and not really think through rationally ‘What is going to be the best for me or the population?’,” Dr Landowski said.

“They’ll have less insight into what is going to better the people around them. They will be more egocentric.”

Thrillseekers may do better in an apocalypse

Challenging yourself in a way where you need to manage fear – whether it’s through skydiving or playing a body contact sport or another thrill-seeking activity – may put you in a better position to deal with an apocalyptic situation.

This is because you’ve put yourself in a similar situation before, essentially training yourself to manage fear.

“Your body is almost asking the question ‘Have I ever felt like this before?’,” Professor McFarlane said.

“And in that situation it can really use whatever behaviours it’s used in that sort of environment previously.”

However, everyone has the potential to get to a circumstance where they don’t function in an optimal way, Professor McFarlane said.

He thinks people don’t often anticipate the extent to which fear can affect your ability to make decisions.

However, the research shows that if you’re taught to monitor and understand how your body reacts in a training situation you will perform better when faced with the real deal.

How would you react in a sci-fi apocalypse? Here’s what psychology and neuroscience tell us