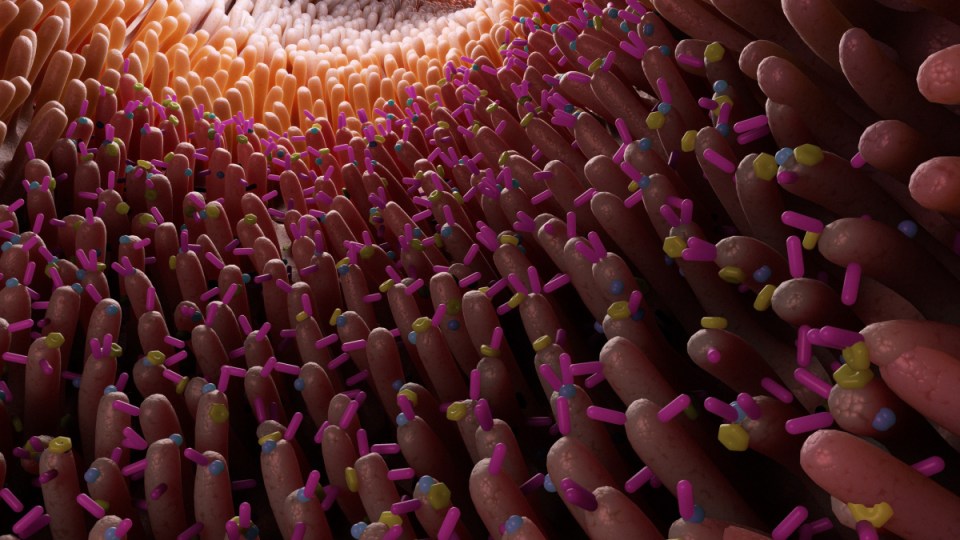 A new electrical device that could “calm inflammation in the gut” and lead to a cure for people with inflammatory bowel disease (IBD) will be tested in humans for the first time by Australian scientists.

Researchers at Victoria’s Florey Institute of Neuroscience and Mental Health and the Bionics Institute have developed a gut electrode – a tiny implant that electrically stimulates the vagus nerve, a superhighway running between the gut and brain.

It is hoped that the trial could one day lead to a cure for Crohn’s disease – a type of IBD that can be managed through lifestyle changes, strong medications, and in severe cases, surgery.

In a world-first, the prototype of the gut electrode is also available to view as part of Melbourne Museum’s new exhibition Gut Feelings, which opened this month.

Hope for a cure

Biologist and neuroscientist Dr Martin Stebbing from The Florey said the research team was planning to start the trial – which is funded by a $6 million grant from the US Defence Advanced Research Projects Agency (DARPA) – from October this year.

“We are harnessing the ability of the nervous system to control the immune system. It’s a powerful and relatively new concept,” Dr Stebbing told The New Daily.

“The vagus nerve starts in the neck and goes all the way down to the gut … If you stimulate it in the neck it can have a calming effect. Our device is implanted lower [below the diaphragm] and should calm inflammation in the gut.”

The first patients will be implanted with the device at Austin Hospital as part of a small clinical trial initially designed to test the safety, and later the effectiveness, of the new technology.

“We wouldn’t be doing this if we didn’t think there is hope for a cure, but we’re certainly hoping for an improvement [in symptoms],” Dr Stebbing said.

Commonly referred to as the ‘second brain’, researchers believe the gut – full of neurons and bacteria – is linked to our mental health, through the vagus nerve.

Studies on returned soldiers show that there is a link between post-traumatic stress disorder and IBD (thus, the US Defense Advanced Research Projects Agency’s keen interest and generous funding of the Florey study).

About 30 per cent of people with Crohn’s are also believed to suffer from PTSD, suggesting a two-way relationship.

“There’s no question that stress has a big effect on the gastrointestinal tract,” Dr Stebbing said.

“We know having bad bacteria in the gut is part of the problem, and we know that stress can cause a vicious cycle … and one idea is perhaps that IBD is a very traumatic experience for people.”

Biomedical researcher and Melbourne Museum’s senior curator Dr Johanna Simkin said there has been a boom in gut research over the past five years, which has led to a lot of interest in the topic among the general public.

“We know how popular this topic is with [the young adult] demographic. But it can be hard to tell fact from fiction particularly on the internet,” she told The New Daily.

Dr Simkin hopes the new exhibition will encourage a shift in the way people think about food and their gut health.

“So many people want to bring gut health back to weight loss and dieting, but eat a whole food diet and you can’t go too far wrong – that’s the advice from dietitians and doctors,” she said.

Dr Stebbing said it was much better to prevent bowel disease than to try to cure it.

“It would be nice if we never had to put this device into patients,” he said.

“Getting people to understand that they need to keep their gut bacteria healthy is a great thing to do. And understanding that there’s a connection between your brain and your gut is what we’re trying to emphasise.”