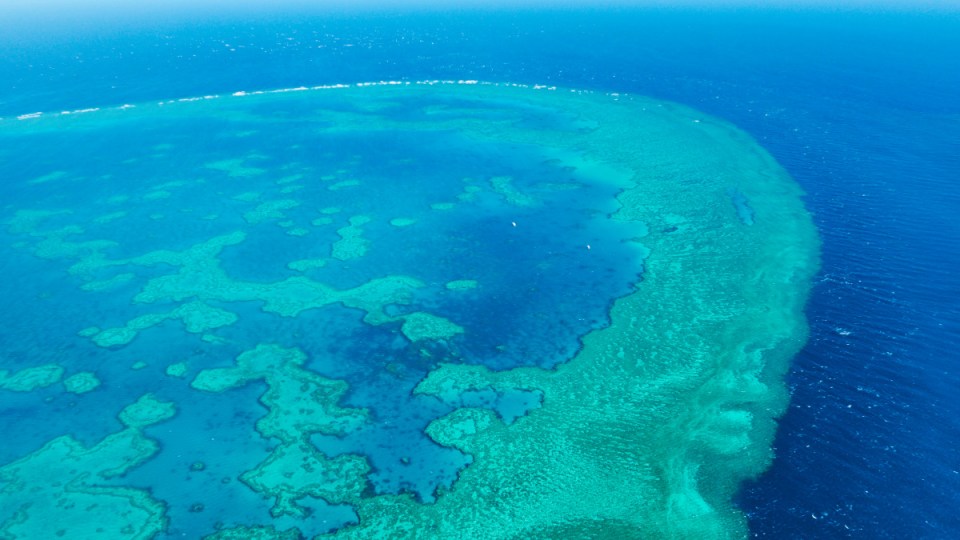 A recent study has found some reason for hope that the coral in the Great Barrier Reef is not lost for good. Photo: Getty

Among the threatened corals of Australia’s Great Barrier Reef, one of the natural wonders of the world that has been ravaged by global warming, researchers have found a reason for optimism — or at least a reason not to despair completely.

Coral reefs, which by some estimates support a quarter of all ocean life, are harmed by warming oceans.

The effects can be seen in the loss of their vibrant colours, a phenomenon known as bleaching. But after ocean temperatures surged in 2016 around the Great Barrier Reef, causing severe damage, researchers found that the corals that survived were more resistant to another period of extreme warmth the following year.

“It’s one enormous natural selection event,” Terry Hughes said, an expert on coral reefs at James Cook University in Australia and the lead author of a study published on Monday in the journal Nature Climate Change.

In effect, the 2016 heatwave killed many of the most heat-sensitive corals and selected the corals that could handle higher ocean temperatures.

“So when the heat returned in 2017, the susceptible corals had been substantially depleted,” Professor Hughes said.

“The new coral assemblage, if you like, at the beginning of the second heatwave, was made up predominantly of the more heat-tolerant species, the more robust ones.”

The study found that in 2016, when parts of the reef were exposed to ocean temperatures [3.8 to 7.7 degrees Celsius] higher than normal, about half of the coral exhibited bleaching within four to five weeks. But in 2017, the coral had to be exposed to those temperatures for eight to nine weeks before it suffered the same level of bleaching.

“Despite the fact that Year 2 was hotter, we saw less bleaching overall across the whole reef,” Professor Hughes said.

The reason, he said, was a novel concept scientists call ecological memory: The idea that the past experience of a biological community can influence its ecological response today or in the future.

Coral reefs are vast colonies of hard coral, a type of coral that extracts calcium carbonate from sea water to construct a limestone structure for protection. The tiny animals, which resemble sea anemones, are clear. They get their bright reds and vivid purples from colourful algae called zooxanthellae that live in their cells, providing the oxygen that the corals need to grow — albeit slowly. Some species of coral grow as little as a tenth of an inch a year.

The corals are highly sensitive to water temperature. Too cold and the corals suffer; too warm and the algae and corals separate, leaving the corals stripped of their colour. The resulting ghostly pallor is the reason scientists call this kind of event bleaching.

Bleached corals are more susceptible to infection and death. But not all corals are equally at risk, as the study found.
Use the slider to see what the reef looks like before and after a bleaching event

The Great Barrier Reef has experienced this sort of mass bleaching before, first in 1998 and again in 2002. But 2017 was the first time the reef bleached two years in a row.

“We have to study them as not just standalone events, but sequences of events that are interacting with each other,” Professor Hughes said.

The Great Barrier Reef is the largest coral reef system in the world, but the implications extend far beyond Australia.

Coral reefs appear in tropical oceans around the world, supporting about a quarter of the world’s marine species and providing 17 per cent of the animal protein that humans eat for survival, according to the United Nations. In some countries, such as Ghana, Sierra Leone, Bangladesh and the Maldives, reefs are the source of more than half of animal protein consumed by humans.

The study provides a measure of hope that coral reefs may be able to survive as oceans warm over the coming decades. But “baselines are shifting and changes occurring so rapidly that it may be difficult to predict if this pattern will continue,” cautioned Ku’ulei Rodgers, an assistant researcher at the University of Hawaii at Manoa who was not a part of the study.

“You don’t want to extrapolate too far,” Melissa Roth said, a postdoctoral fellow at the University of California, Berkeley. “If there was a third year of bleaching, that may not work, or if you have a break and then two years of bleaching.”

Even if the conclusions do hold, scientists say the reefs will never look the same.

“That’s some cause for a cautious optimism that these mixtures of species will continue to shift,” Professor Hughes said.

If the world can meet its goals under the Paris climate agreement to avoid the worst effects of global warming, he said, there is hope that reefs will still exist in the future.

“But they’ll be quite different from the reefs of today,” he said.

Scientists find some hope for coral reefs: The strong may survive