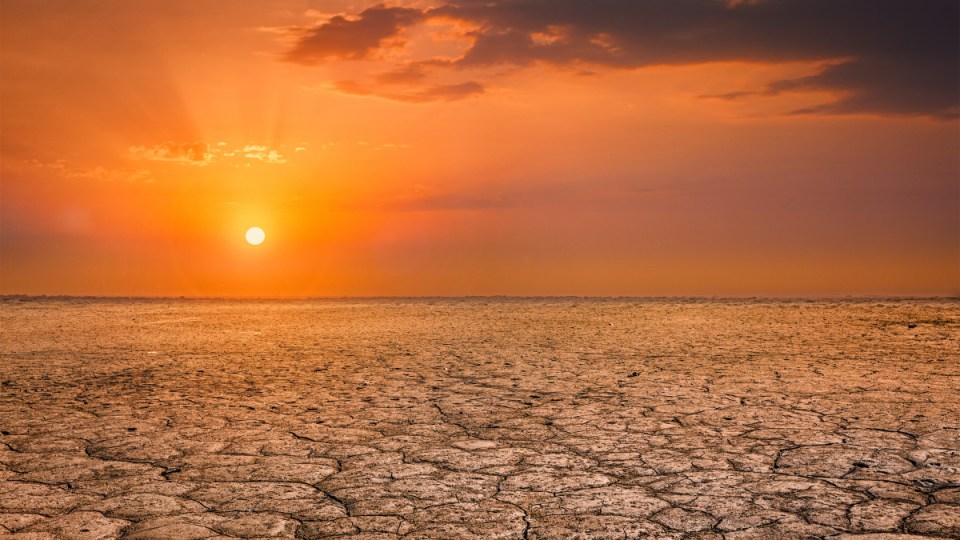 In a prolonged warming scenario, the organisms that are most relied upon to sustain food networks will die out first. Photo: istock

It may feel sad but not the end of the word to lose a few species of plants or animals from global warming. It’s a crowded world, right? Plenty of species are dying out and life goes on is a common fatalist mantra.

But a new study from Australia and Italy has proved that idea horribly wrong.

Researchers from Australia and Italy created 2000 virtual Earths (variations of the planet we live on) and then subjected them to different stresses such as runaway global warming, nuclear winter following the detonation of multiple atomic bombs, and a large asteroid impact.

Each scenario came to the same disturbing conclusion: plant or animal species killed off by extreme environmental change dramatically increases the risk of an extinction domino effect that could annihilate all life on Earth.

Once certain species fell to oblivion, others followed – and the whole system eventually collapsed.

Even when some species were blessed with artificial adaptations to climate change, the mass of life was lost.

“Even the most resilient species will inevitably fall victim to the synergies among extinction drivers as extreme stresses drive ecosystems to collapse,” said lead author Dr Giovanni Strona of the European Commission’s Joint Research Centre based in Ispra, northern Italy.

As a statement from Finders University in Adelaide put it: “This is the worst-case scenario of what scientists call ‘co-extinctions’, where an organism dies out because it depends on another doomed species.”

The findings were published this week in the journal Scientific Reports.

Professor Corey Bradshaw is the Matthew Flinders Fellow in Global Ecology at Flinders University. He and his team develop models to predict ecosystem function, resilience, and change in the past, present, and future.

Dr Bradshaw told The New Daily that working with a virtual Earth allowed the team to do any “crazy God-like experiment” they wanted.

“And so we’d take out species at random and see what happened,” he said. “We’d do that progressively until we got a full extinction curve for all life.”

The quickest way to kill the planet, he said, was taking out the most ecologically important species first.

“They’re the ones with the most connections in a network. Losing them is the worst-case scenario. When something that is only connected to one or two species dies off, it isn’t going to be missed so much,” Dr Bradshaw said.

When the team warmed up the planet, they found that warming “effectively mimicked the experiment where we knocked out the ecologically most important species. This is what surprised us: warming turns out to be the worst case scenario”.

As the world warms up, it’s the trees that will begin to die out in greater numbers. “A tree can only stand a couple of days above 45 degrees. If that heatwave lasts a couple of weeks, they’re wiped out. Then all the things that live in the trees, the bird and insects, they all go as well. Warming is the worst because it affects the plants the most.”

Dr Bradshaw said that failing to take into account these co-extinctions means we are underestimating the rate and magnitude of the loss of entire species from events like climate change “by up to 10 times.”

He said that humans had evolved to not think about the worst-case scenario “because it’s psychologically stressful” and easier to say that things will never get so bad.

“But not taking into account this domino effect gives an unrealistic and exceedingly optimistic perspective about the impact of future climate change.”

In a statement, Dr Strona said: “In the case of global warming in particular, the combination of intolerance to heat combined with co-extinctions mean that five to six degrees of average warming globally is enough to wipe out most life on the planet.”

Thousands of ways to kill the world: Global warming is the worst-case scenario