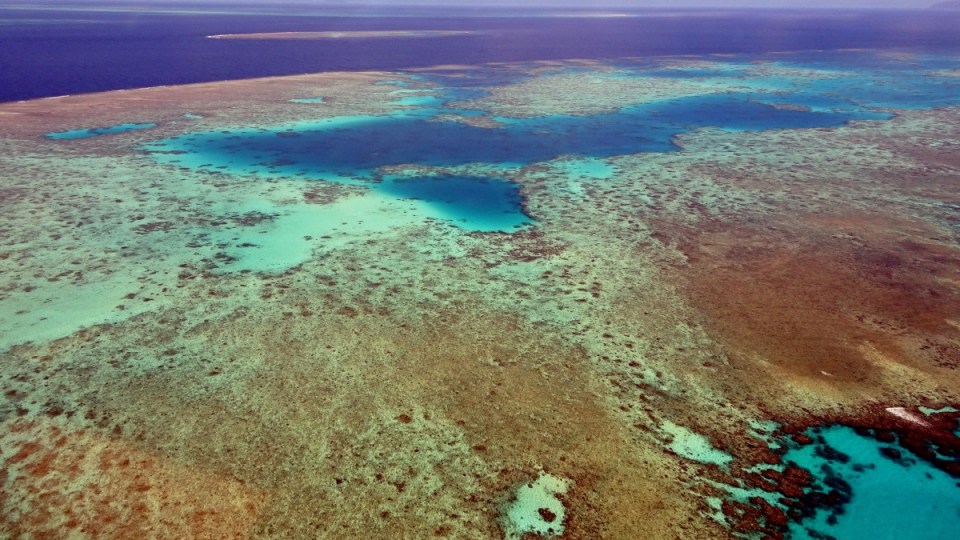 A three-year marine heat wave extended from June 2014 to May 2017, with warm ocean waters wreaking havoc on some of the world's most valuable ecosystems. Photo: AAP

With half of the Great Barrier Reef’s coral already considered “dead”, one of the world’s leading science organisations has issued a dire warning about even more severe coral bleaching this summer.

As the nation braces for further drought and summer heatwaves, the US National Oceanographic and Atmospheric Administration has warned the entire reef has a 60 per cent chance of being subjected to severe coral bleaching by next March.

There is also a 90 per cent chance of a lower level coral bleaching.

Thirty per cent of the reef’s coral perished in 2016. Another 20 per cent was lost in 2017 when unnaturally hot ocean water destroyed the reef’s algae, leaving the coral to starve.

Australian Institute of Marine Science coral biologist Neal Cantin told The New Daily if the NOAA warning came to fruition, it would be the third major coral bleaching event in the last four years.

But Dr Cantin, who is leading a response to coral bleaching, said it is “way too early” to know if coral bleaching would occur this summer but said scientists are watching the situation closely.

He said the faster frequency of coral bleaching had prompted research to turn to “reef restoration” and intervention approaches such as coral spawning – a significant shift from traditional coral reef mapping.

“We need to be developing restoration techniques that are useful and successful or we won’t have a diverse community in the Great Barrier Reef in 10 to 20 years,” Dr Cantin said.

Former prime minister Malcolm Turnbull is due to meet with members of the Great Barrier Reef Foundation in Bali to represent Australia at the Our Ocean conference starting on October 29.

The government has been criticised after announcing in April it would gift $444 million to the Great Barrier Reef Foundation to implement conservation programs including water quality improvements to make the reef more “resilient” to climate change.

The government copped flak when it was revealed the foundation did not ask for the funds and no tender process occurred.

Professor Terry Hughes, head of the ARC Centre of Excellence for Coral Reef Studies at James Cook University, told the ABC the NOAA’s predictions could change.

“We won’t know for sure until January or early February, and even then a well-timed cyclone could cool things down,” Professor Hughes.

However, the reef expert did not hold back criticism of the Great Barrier Reef Foundation’s “climate proofing” efforts to spawn coral using robots.

A dead reef with robots, the logical conclusion of “climate-proofing” the #GreatBarrierReef – supported by the fossil fuel industry…. https://t.co/K9BvsJ4GRa

Professor Hughes said about 10 billion corals had survived the 2016/17 bleaching events, and the coral spawn harvested and grown in a few tiny enclosures by the foundation’s robots was “inconsequential”.

Australian Labor Senator and former New South Wales premier Kristina Keneally has insisted the $444 million be returned and vowed to cancel the partnership if Labor won the next election.

“Now they have half a billion dollars of our money, tax payer funds, 80 million they can spend on administration and they’re off to Bali to save the world apparently, [they’re] not content to save the Great Barrier Reef, but to save all the oceans on the planet,” Ms Keneally said.

Coral bleaching warning after half of Great Barrier Reef ‘dead’