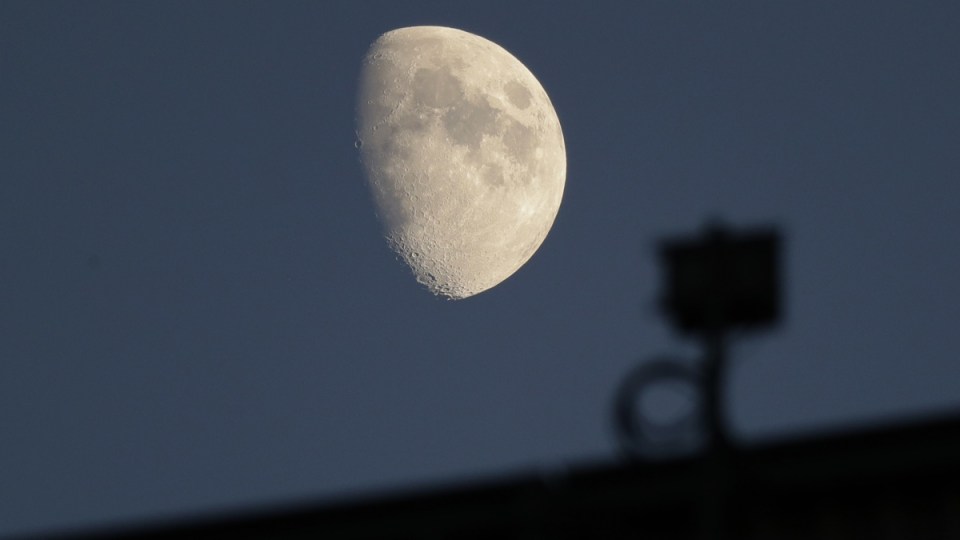 Water on the moon may be the key to further exploration. Photo: AAP

The “man in the moon” might not be so far from reality after all.

Scientists believe the Earth’s desolate airless companion could once have supported life on its cratered surface.

In fact, there might have been two early windows of lunar habitability, according to new research.

Conditions would have been suitable for simple life shortly after the moon’s birth four billion years ago and again during a peak in lunar volcanic activity half a billion years later.

At both times the moon is thought to have spewed out large amounts of superheated gas and water vapour from its interior.

The out-gassing could have wrapped the moon in an atmosphere dense enough to have lasted millions of years, with pools of liquid water forming on the surface.

“If liquid water and a significant atmosphere were present on the early moon for long periods of time, we think the lunar surface would have been at least transiently habitable,” US astrobiologist Professor Kirk Schulze-Makuch, from Washington State University, said.

Evidence from both show that the moon is not as dry as previously thought.

In 2009 and 2010 an international team discovered hundreds of millions of tonnes of water ice on the moon.

Strong evidence was also found of large amounts of water in the lunar mantle, deep below the surface. They are thought to have been deposited soon after the moon’s formation.

A magnetic field surrounding the young moon would also have shielded anything living on its surface from deadly solar radiation, the scientists wrote in the journal Astrobiology.

They speculate that simple organisms could have been carried from the Earth to the moon on chunks of the planet blasted into space by meteorites.

The oldest evidence of life on Earth comes from the fossilised remains of cyanobacteria dated to between 3.5 billion and 3.8 billion years ago.

During this time the Earth and other planets in the solar system were being heavily bombarded by meteorites.

“It looks very much like the moon was habitable at this time,” Professor Schulze-Makuch said. ”

“There could have actually been microbes thriving in water pools on the moon until the surface became dry and dead.”

Future space missions could search for markers of life in volcanic lunar rocks, he said.