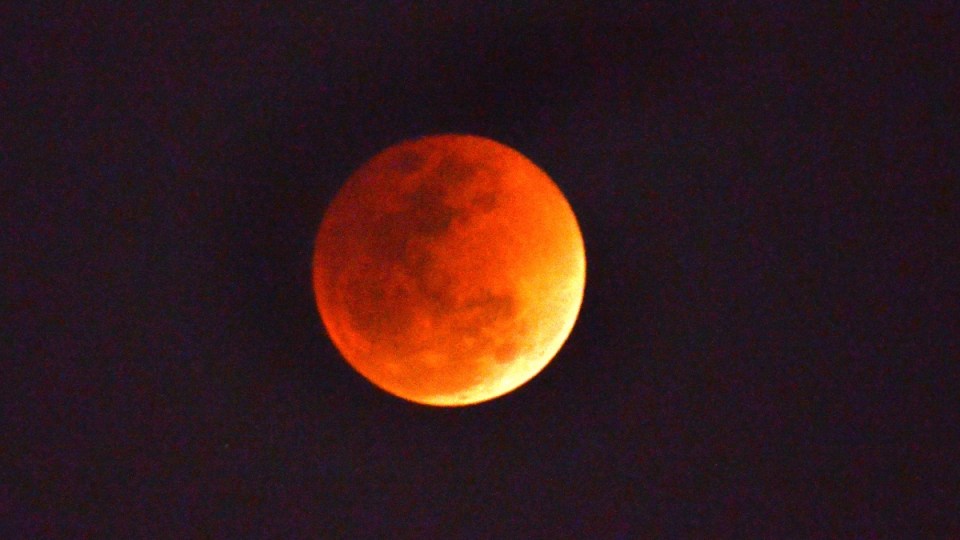 The world will soon experience the longest blood moon in 100 years. Photo: Getty

The world is set to experience its longest blood moon of the century, and stargazers in Australia are among those with the best view.

Unlike other total lunar eclipses, this one will fall under the Earth’s shadow for four hours, with its totality lasting for one hour and 43 minutes on Saturday, July 28, starting at 3.15am (AEST).

Total lunar eclipses happen when the Earth moves between the sun and the moon, completely blocking direct sunlight from reaching the moon.

This time around, the moon will be at apogee, the furthest point in its orbit from the Earth. This means it will be passing through space at a point where the cone of Earth’s shadow is wider, making the eclipse last longer.

According to NASA, its duration is just four minutes off its maximum possible length.

Western Australia is set to catch the entire eclipse, which will begin with the moon high in the north-west and end with the moon low to the western horizon at 6.19am (AWST).

How red will the blood moon be?

Monash University Associate Professor and astronomer Michael Brown told The New Daily he didn’t expect the blood moon to be as red as it’s being hyped up to be.

“In order for the moon to be very red, the atmosphere has to be dirty, which is caused by a volcanic eruption.
“But we haven’t had a significant event recently since the eruption of Mount Pinatubo in the Philippines in 1992,” Professor Brown said.

He said this lunar eclipse would still be an unmissable event.

“It’s going to be the last one we’ll see in Australia until 2021, so I wouldn’t miss this event.”

On July 27, Mars will reach opposition, and then on July 31, it will be at its closest approach to Earth since 2003.

The red planet has been shining brightly throughout the month of July at night.

Professor Brown said Mars was more red than usual due to a dust storm.

“Right now there’s been a spectacular storm on Mars since June, which has affected a solar-powered rover and put it to sleep.

“The redness from the dust will be visible near the moon during the upcoming eclipse.”

On July 25, Saturn and the moon will be within two degrees of one another above the horizon in the southern sky.

Since the moon is approaching its fullest and the conjunction is so close, it might difficult to view Saturn through the moon’s brightness with a telescope.

During the full moon on July 27, Mars is close to perigee (which occurs on July 31). This is the closest and brightest Mars will appear in the night sky for this 26-month period.

The busy stargazing month of July comes to an end with a spectacular  Southern Delta Aquarids meteor shower.

While meteors will be visible every night until August 20, activity will peak on July 29 with as many as 20 meteors per hour that evening.

How often do eclipses occur?

According to NASA, lunar eclipses occur less often than solar eclipses. However, each lunar eclipse is visible from more than half the Earth.

In one calendar year, the maximum number of eclipses are four solar and three lunar. Solar eclipses happen once every 18 months and last for a few minutes.

A lunar eclipse usually lasts for a few hours. Unlike, solar eclipses, lunar eclipses are completely safe to watch and require no special equipment to see it.

So, don’t forget to set your alarm clocks as this is our last opportunity to see a total lunar eclipse until May 2021, although there will be a partial lunar eclipse to look out for in July next year.