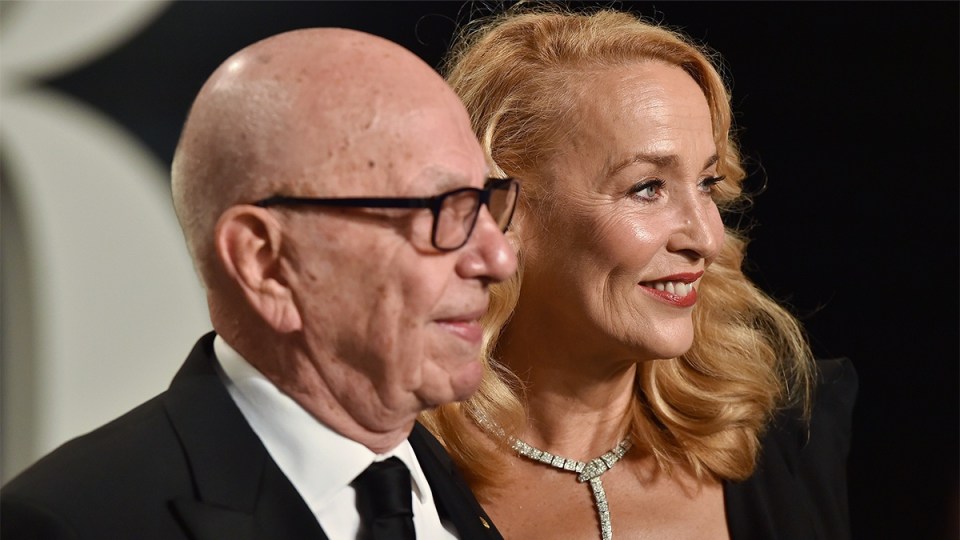 Who doesn’t remember their first break-up letter; the full stop on a relationship that once heralded endless promise?

Mine popped under my university college door one evening as a special delivery.

The first line, I’ll never forget. “No error of omission or commission lies with you,’’ he wrote.

What? At least he could have used good paper, but this was torn out of an exercise book, no doubt one of those he used to scribble notes from class.

That memory hasn’t faded in decades. I’d just been dumped, and my first response was to wonder why I didn’t deserve better paper.

It’s a step up from Jerry Hall though. Imagine your 91-year-old billionaire hubby breaking up with you on email or text.

Sure, it was approaching the seven-year itch, and Rupert Murdoch has always liked pushing boundaries – but didn’t she deserve a phone call? Or a letter?

An electronic send-off, reportedly while Hall was waiting for him to join her in the UK, is even worse than the ‘‘I’m Sorry. I can’t. Don’t hate me’’ post-it note to Carrie Bradshaw in Sex and the City and we all remember that.

I wonder if the break-up was delivered by text, whether it had its own headline. I WON’T BE HOME FOR DINNER. Or OVER AND OUT. Or given it was a text message, DON’T CALL BACK, even.

The breaker-upper, which is a legitimate word when talking about the person who initiates the split, has a world of templates at their disposal.

While the person being shown the exit drowns in ice-cream, Tim Tams and tissues (actually that might just be me), the letter/email/text writer need just jot down prose offered for every break-up, on Google.

Looking for a funny break-up letter, it’s there. What about a sad one? Free too. Poetic and inspirational also. From adults and kids.

They show timing is everything. “I’m breaking up with you. PS. Happy anniversary’’.

There’s “It’s time’’ – who knew Gough Whitlam might have had a touch of the romance about him?

There’s direct: “I’ve dedicated too much time to you’’.

And the one we’d all vote down: “You deserve someone who can love you’’.

A quick search confirms that one talking about omissions and commissions might actually be original. Small mercies. Let ’em be clear here; I don’t hold a grudge.

But didn’t Jerry Hall deserve at least a dinner, at her favourite restaurant, where the thrice previously married billionaire picked up the bill?

Our former foreign minister Julie Bishop got that, last Friday.

But then again, her relationship to Sydney property developer David Panton ran to eight years – a year longer than Jerry Hall’s.

Imagine how that conversation might have gone. The high-flyers had just landed after enjoying dinner with Prince Charles at St James’s Palace; Panton was there as Bishop’s guest, no doubt.

“I wish Julie all the best in her ongoing stellar career,’’ he said in a statement.

Lines. Lines. Lines. And they are no better than the “no error of omission or commission lies with you” line of 30 years ago.

And not a piece of paper in sight.