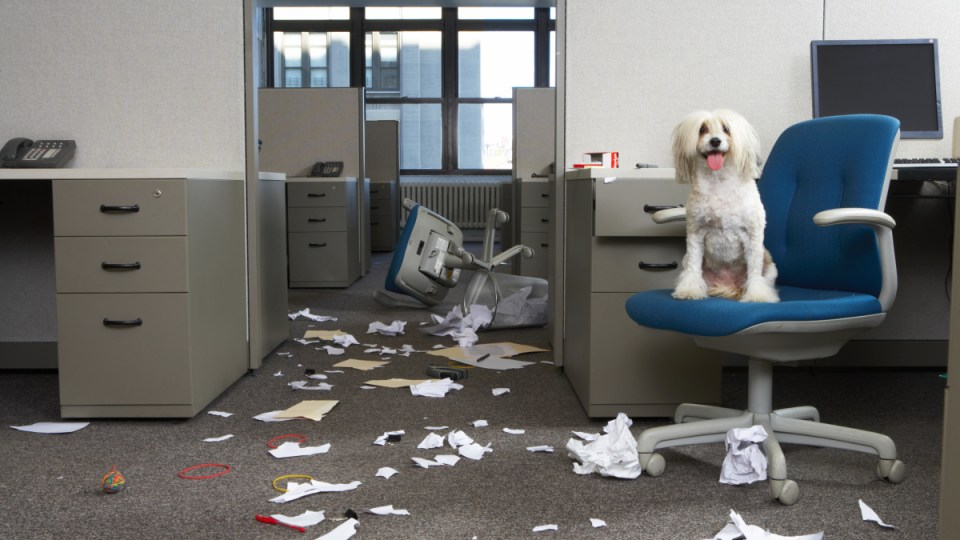 Dogs with ADHD often develop other conditions, such as obsessive-compulsive disorder. Photo: Getty

A study involving more than 11,000 dogs has investigated why man’s best friend is prone to the same hyperactivity, inattention and impulsive behaviours found in people with attention-deficit hyperactivity disorder (ADHD).

The researchers, from the University of Helsinki, found that the gender, age and breed of dog, as well as behavioural problems and certain environmental factors, are connected to these unruly behaviours.

“Moreover, they indicated similarity with human ADHD, consolidating the role of dogs in ADHD-related research.”

Dogs share many similarities with humans, including physiological traits and the same environment.

In addition, ADHD-like behaviour naturally occurs in dogs. For these reasons, dogs make an interesting model for investigating ADHD in humans.

The researchers found that hyperactivity, impulsivity and inattention were more common in young dogs and male dogs.

“Corresponding observations relating to age and gender in connection with ADHD have been made in humans too,” said Dr Jenni Puurunen, a co-author of a new paper published in Nature.

Dogs who spent more time alone at home daily were more prone to these behaviours than dogs who spent less time on their own.

“As social animals, dogs can get frustrated and stressed when they are alone … It may be that dogs who spend longer periods in solitude also get less exercise and attention from their owners,” said Sini Sulkama, a doctoral candidate and co-author.

The legacy of breeding to purpose

Certain breeds were found to be more likely to display ADHD-like characteristics – partly to do with genes but also the manipulation of traits over many generations.

Sometimes these traits can be channelled into more productive behaviours.

Hyperactivity and impulsivity on the one hand, and good concentration on the other, are common in breeds bred for work, such as the German Shepherd and Border Collie.

They’re great dogs, but they need a lot of exercise and mental stimulation. Without it they go bonkers.

In contrast, a more calm disposition is considered a benefit in breeds that are popular as pets or show dogs, such as the Chihuahua, Long-Haired Collie and Poodle, “making them easier companions in everyday life”.

Even so, because the ability to concentrate has not been considered as important a trait in these breeds as in working breeds, inattention can be more common among pet dogs.

Association with other mental illnesses

ADHD is also often associated with other mental disorders and illnesses.

In dogs, OCD-like obsessive-compulsive behaviour can appear as, among other things, tail chasing, continuous licking of surfaces or themselves, or staring at ‘nothing’.

The findings suggest that the same brain regions and neurobiological pathways regulate activity, impulsivity and concentration in humans and dogs.

“This strengthens the promise that dogs show as a model species in the study of ADHD. In other words, the results can both make it easier to identify and treat canine impulsivity and inattention as well as promote ADHD research,” Ms Sulkama said.

Down, boy, down: Yes, your dog might have attention deficit disorder