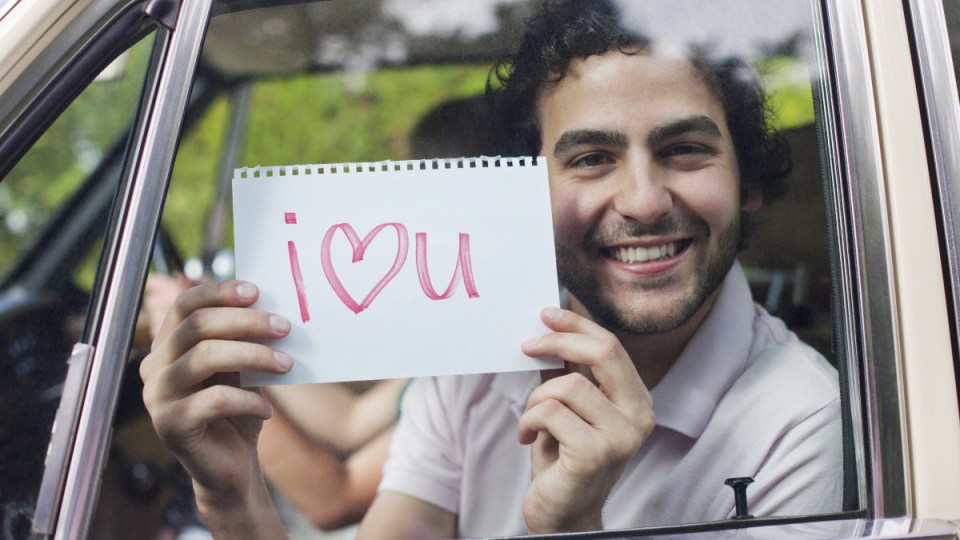 Is it time to turf the 'I love you' declaration? Photo: Getty
opinion

There are some iconic television ‘I love you’ moments.

Some epic, others devastating, and many humorous.  For example, on That ’70s Show, Donna says, ‘I love you, Eric,’ and he responds, ‘I love … cake.’ Seinfeld declared the unrequited ‘I love you’ as akin to a ‘big matzo ball hanging out there.’ Meredith demanded the ‘I love you’ from Derek on Grey’s Anatomy, ‘So pick me. Choose me. Love me,’ she insisted. Liza tells Charles on Younger that she loves him by accident, and then scurries out of the room.

The ‘I love you’ declaration holds a certain cultural primacy, dissimilar to any other three words or eight letters. There is a ritual to them, or should we say, a protocol. Say them too early and you might be exposed to censure and ridicule, or too late, and be accused of coldness. We’re told we need to think about these words (and the sentiment associated with them) deeply. A series of rules bind them together, and if you don’t know and perform them correctly, the whole thing may actually blow up.

The rigidity to which we hold the declaration of love, is virtually the opposite to the sentiment itself. Love is supposed to be unruly, unrestrained, passionate, the ultimate, spectacular fantasy. But the words that describe this emotion are governed, ordered, judged and decreed.

A friend of mine recently revealed she had been with her boyfriend for six months but they had never said ‘I love you’ to each other. Did I think that was a problem? She asked. As a PhD researcher in the dating and intimacy space, I often get asked questions of this nature. Love, sex, romance, hook-ups, consensual-non-monogamy, throuples … I’ve heard them all. Those three words come up a lot, not to mention the complexity around their utterance.

But when did saying, “I love you,” become so problematic, and why?

One theory is that its God’s fault. Visiting Professor of Philosophy at Kings College, Simon May, credits the Judeo-Christian tenant of loving God with all of all one’s heart, soul and strength as establishing love as the most important thing in life.

It wasn’t always the case: for example, in ancient Greece courage was the pinnacle value. But “if God is love,” May says, “then our lives were oriented toward love.” As Western culture became more secular, starting in the 18th century, “human beings had to take over this enormous value – love – and give it to each other,” he say, Others, like French sociologist Eva Illouz would argue that the rise of consumer culture in the late nineteenth century, pushed love (and the pursuit of love) to the epicentre of all things.

But declarations of love are socially and culturally contingent – Dr Jodi McAlister, analyses the final declarations of love in the Bachelor/ette (US and Australian) franchises from 2013 to 2017, indicating that the declaration of love is the ‘climax’ for the show’s narrative, as well ‘as the moment of real emotion … (which) penetrates the artificial constraints’ of the program. McAlister goes on to find that ‘I love you’ is the common romantic vocabulary across the US and Australian franchises, however draws the conclusion that the phrase itself is more important in Australia, while in the US, the exchange of ritual objects is necessary to make this utterance meaningful – like, for example, a ring.

And are those words gendered? Research conducted by Josh Ackerman, a psychologist who teaches at MT found that 64 percent of people think that women in a relationship say, ‘I love you’ first. Ackerman writes, ‘We are constantly bombarded by this idea that love is about women, in a sense.’ However, his research indicated that men were more likely to say the words first.

Punch them into Google (like any good millennial) and you’ll also find advice and literature on timings. Three months being optimal timing, six months being too late. So my friend, accordingly, had every right to be concerned.

But what if the words ‘I love you’ (and all of their pragmatic boundaries) don’t resonate with you? What if, ‘I love you’ just doesn’t occupy the sentiment you’re looking to express?

Can you have a perfectly good relationship without actually saying, ‘I love you’?

Often people tell me they’ve never been in love before. They utter these words like they’ve disclosed that they have a gruesome, communicable disease. Many believe themselves to be infinitely cold, unable to access a human emotion that seems easily attainable to the masses. But the amount of research that goes into this declaration (some of which is described here), would suggest otherwise.

For many, the words ‘love you’, don’t fully convey the sentiment they seek to express. The phrase feels hollow and strange. Like it’s borrowed from someone else’s wardrobe. Many find those words stale and impersonal. Perhaps they would prefer to say that the other person, ‘sets their world on fire’, or ‘make them feel alive’, or that they are ‘imperfectly, perfect to’ them.

Why should the spectacular fantasy of love be restrained by a series of such common-place and overused words?

Perhaps it’s time to turf ‘I love you’ altogether – or admit that a good relationship is not defined by the use of those three words and eight letters.

Why saying ‘I love you’ has become problematic, and what to do instead