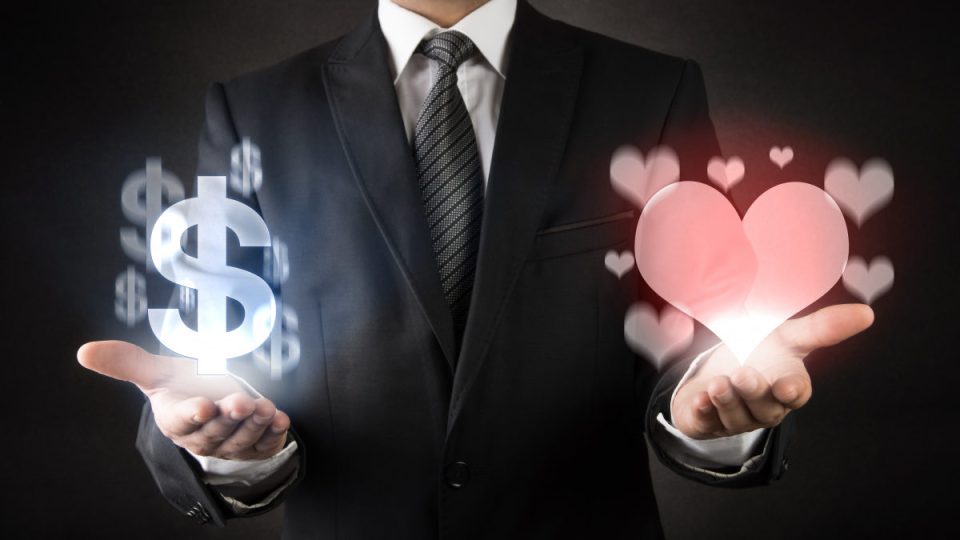 With Valentine’s Day looming, many might wonder how it will impact their hip-pockets – meaning their finances. Whilst Jennifer Lopez and numerous other romantic idealists have told us that ‘…love don’t cost a thing,’ economic data would argue otherwise.

In 2017, a CommBank survey showed that their customers alone spent $23 million on Valentine’s Day gifts. The expenditure was broken into the usual suspects – $13.6 million on dinners, $7 million on drinks and $3.2 million on flowers.

Fast-forward to 2020, and Australians spent $1 billion on Valentine’s Day. This spend involved the new trend of ‘self-love’ gifts, which included: self-experiences, singles parties and even the opportunity to name a venomous snake after one’s ex-partner via the Australian Zoo.

The unholy union of love and the consumer marketplace is not by any means a new one. Many would argue that the genesis of this link was ‘modernity’. Author of Labor of Love: The Invention of Dating, Moira Weigel, writes that dating as we know it came about in the late 19th century, when there was a shift from private to public courtships.

Romantic encounters moved from cloistered exchanges in the home, under the supervision of family and friends, to public and commercial spaces, like restaurants, bars, and those new-fangled movies. Ms Weigel writes, “Almost everywhere, for most of human history, courtship was supervised. And it was taking place in non-commercial spaces” … until the explosion of public dating.

At the height of COVID-19, many described withdrawals from this dating marketplace. As a researcher in the dating-and-intimacy space at Western Sydney University, and the host of the Slow Love podcast (which documents love, intimacy and relationships), I heard many describe how their relationships, “weren’t quite the same”. For instance, Michael similarly described how he would need to test his new relationship in a post-COVID world, where restaurants, bars and other ‘public’ activities were again made available. There was a sense that relationships born in the COVID ‘private’ environment of physical distancing might not last in the ‘real’ consumer world.

Besides first dates in bars and restaurants, and other romantic consumer signposts, like the ‘we’re getting serious weekend away,’ love has become coded by a series of highly commercial symbols – none more recognisable then the diamond ring. Whilst anthropologists might date the ring practise back to the Roman custom (which originated in the 2nd century) of wives wearing rings attached to small keys indicating ownership – the idea of the diamond ring really hit its stride in the late 1930s.

Recent research traces the ubiquity of the diamond ring as a symbol of engagement to the discovery of massive diamond mines in South Africa in the late 19th century, which flooded world markets with diamonds. The story goes that British businessmen operating the South African diamond mines recognised that only by maintaining the fiction that diamonds were scarce and valuable could they protect their investment.

In 1888 they launched a South Africa-based cartel, De Beer Consolidated Mines, extending the control of all facets of the diamond trade. In 1938 New York advertising agency N.W Ayers was recruited to drive consumers’ understanding of the link between eternal love and the diamond ring. Ayers pitch articulated how movie idols, the paragons of romance for the mass audience, would be given diamonds to use as their symbols of indestructible love.

In addition, the agency suggested offering stories and society photographs to selected magazines and newspapers to reinforce the link between diamonds and romance. Stories would stress the size of diamonds that celebrities presented to their loved ones, and photographs would conspicuously show the glittering stone on the hands of well-known women. Fashion designers would talk on radio about the “trend towards diamonds” that Ayer planned to start.

The ever-burgeoning wedding and engagement market is another indication of the romantic consumer marketplace.

The Australian wedding industry contributes around $3.6 billion annually to the local economy. There were 56,124 wedding businesses operating in Australia in 2019. According to Money Smart, the average wedding costs $36,000 (AUD), and 82 percent of Aussie singles dip into their savings for their weddings. COVID-19 would likely have changed these figures, as couples sought to postpone weddings or operate within restrictions on guest numbers. Despite this, the tight link between dating and the marketplace cannot be ignored.

The economy of visibility

Critical, to love and the marketplace, is the economy of visibility. As love was shifted out of the private domain (the home and supervised courtship) to the public realm and became characterised by consumer signs and symbols, the economy of the ‘visible’ came into effect.

The visual-economy applies to being ‘seen’ out and engaging in the romantic consumer spectacle, but also to the sharing of these visual consumer romantic signposts via social platforms like Instagram, Facebook and Snapshot. Here, in the digital domain, the language of love, the visual and the marketplace becomes truly entangled. You might be familiar with the plethora of hashtags available for you to categorise your romantic image and relationship: #engagement #engagementring #wedding #diamondring #diamonds #official #bride #groom – just to name a few.

Many would argue that the world of dating apps continues and amplifies this visual-love-economy, as users are asked to make a split-second visual decision on a potential match based on a profile pic.

Professor Eva Illouz from the Ecole des Hautes Etudes en Sciences Sociales in Paris, said: “What the internet apps do is that they enable you to see, for the first time in history, the market of possible partners.” Or at least those the algorithm will allow you to see. This Manichean good/bad visual decision-making process, encouraging the notion that individuals are available in a marketplace of consumption – with transactions made similar to an UberEats scenario.

This is a particularly bleak view of the dating app realm, and the world of relationships. Certainly, there is an intrinsic link between love, the commercial and the visual economy. However, how ‘new’ this link is, well that’s debatable. Whilst courtships were conducted in ‘private’ in many Western countries before the late-19th century, we would be wanting to ignore that market principles and trade values didn’t previously apply. After all, Jane Austen told us in Pride and Prejudice (written in 1797) that, “It is a truth universally acknowledged that a single man in possession of a good fortune, must be in want of a wife.”

The market, love and the economy of visibility, have always been intermingled, however what we may be guilty of is, year on year, scope-creep.

The economics of love: Valentine’s Day’s unholy union of romance and finance