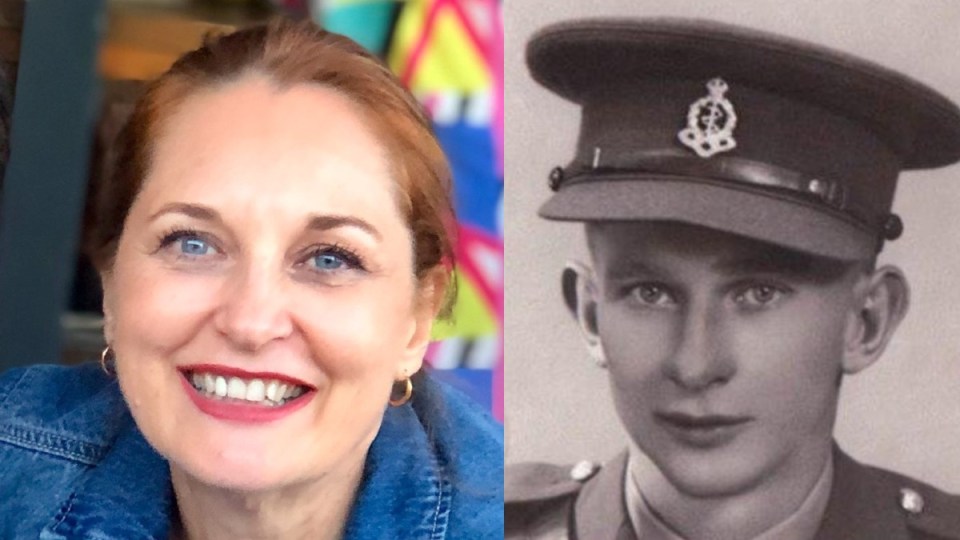 Fiona Darroch and the man who turned out to be her biological father – as well as that of hundreds of others. Photo: SBS Insight

A fertility doctor could have fathered hundreds of children, secretly using his own sperm instead of the donor sperm his patients thought they were receiving.

The full scale of the antics of Dr Norman ‘Tony’ Walker were uncovered by Fiona Darroch just a few years ago.

The Hunter Valley woman now estimates she has between 200 and 300 half-siblings across the world.

And not one of them grew up knowing they were part of a secret club.

Ms Darroch wasn’t even aware the man she called ‘dad’ was not her biological father until she was in her 40s.

A conversation about genetics made something click – she finally forced her mother to admit she was conceived using a sperm donor, as were her two siblings.

Ms Darroch was born in South Africa and moved to Australia at a young age; conceived at a time when artificial insemination and sperm donation went unchecked. It was a taboo topic.

Through a series of dots joining one to another, she discovered instead of using donor sperm from medical students – as her parents and no doubt others patients were led to believe – Dr Walker was using his own.

When it all dropped

Dr Walker was not just her mother’s obstetrician – Ms Darroch had grown up knowing him as her godfather.

He even wrote her letters and gave her his war medals.

A chance finding online revealed an Irish woman who was seeking contact with Dr Walker, claiming he was her sperm donor father.

They began to share information, Ms Darroch still believing it was just her godfather.

Three years later Ms Darroch’s daughter took a commercially bought DNA gift. The results confirmed what she knew deep down all along – and then some.

“When the results came out, (my daughter) had matched with all these people. Lots and lots of people and she didn’t have a clue who they were,” Ms Darroch said.

“It just so happened that one of my donor (half) siblings had given his entire family ancestry tests for Christmas that year – it’s a very popular gift – and we all matched at the same time.

“So we were able to start putting the pieces together.”

She eventually made contact with a former staff member at the clinic where Dr Walker worked.

The nurse told her she wasn’t “the first” – something her mother confirmed.

There were photographs of children on the walls at his clinic, which he said were all donor-conceived babies.

Ms Darroch believes that means they too were fathered by him.

Because Ms Darroch’s family’s DNA is saved into a commercial platform – 23andMe – they’re alerted every time a new match is discovered.

And every time a notification pops up, her heart drops.

“It’s really hard. In the beginning it was fun and it was quite exciting, then when you actually begin to see how hard it is for everyone and the impact that it has on their lives,” she said.

“You get this really sinking feeling because you know you’re going to turn someone’s life upside down. Because so far not one of us was told, it was a secret to everybody.

“We take turns (siblings) and we’re very careful about the way we break it to them. We do it in little doses.”

Ms Darroch doesn’t know exactly how many half siblings she has, and she doesn’t know how long her biological father was playing his own version of god.

“My youngest most recently discovered (half) brother is 14 years younger than me, so he must have done it for at least 15 years, perhaps longer,” said Ms Darroch, who shared her story with SBS’s Insight program.

Dr Walker took his own life in 1977, after the death of his wife. Together, they had their own biological children.

Now in her 50s, Ms Darroch does not harbour ill-will towards her biological father.

“I was happy that he was my biological father because I wouldn’t have wanted anyone else,” she said.

“I think his ethics were really shonky. I understand that at that time they had no idea that DNA was going to be so popular and it would be so easy to track down your family tree.”

The biological children of Dr Walker and his wife have not undergone DNA testing.

In a 2018 statement to The Sunday Times, a family representative said: “Thus there is no proof that he was the donor. The only potential genetic proof to date is that the ‘diblings’ are genetically linked. All other statements are not based on genetic proof.”

‘Hundreds of secret siblings’: Fertility doctor used his own sperm in procedures