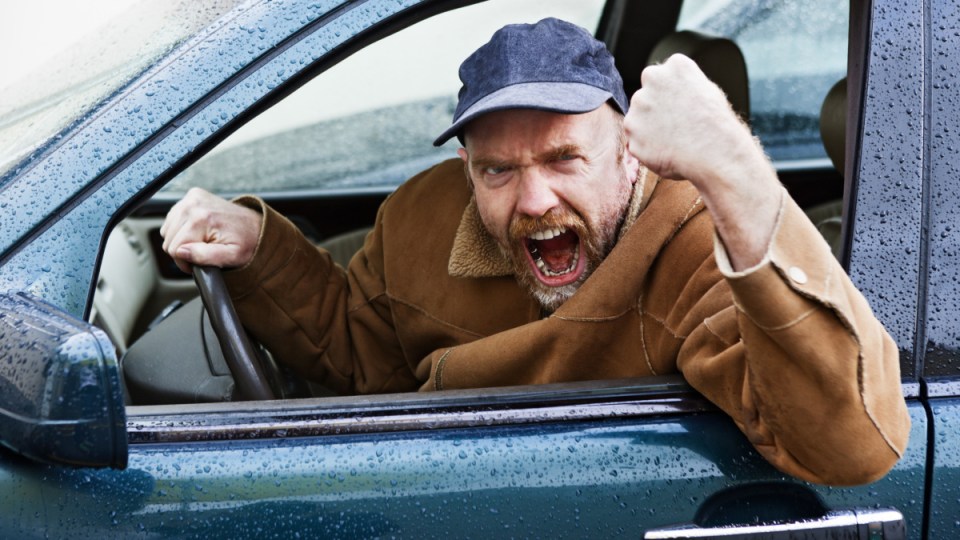 Nearly half of Australians surveyed admitted to swearing while driving. Photo: Getty

Men aged between 40 and 54 are the biggest potty mouths in the country, and they drop choice expletives most often behind the wheel.

A new survey has quizzed Australian on their swearing habits, and found that when we do cuss, we don’t do it with the attempt to offend – it’s mostly an exclamation of stress, or for a joke.

Men swear more than women – at sport and at work in particular.

Forty one per cent of the 1000-odd Australians surveyed admitted to swearing while driving, and 35 per cent of us cut loose when we’re doing chores at home.

Another 32 per cent swear when we’re fighting with our partners.

It might not be the most dignified way to express our thoughts or feelings, but we’re not doing it to be hurtful – 54 per cent of us swear to relieve tension.

Another quarter of us swear to eke out a laugh.

(Only 8 per cent of people said they swear with the intent of causing offence.)

An uncouth sentence has many functions, depending on the individual, Macquarie University senior lecturer in linguistics Nick Wilson said.

“Swearing has many different functions, it can be used to signal frustration, to emphasise emotion, or to show solidarity,” Dr Wilson said in a statement.

“People have different viewpoints on swearing depending on their age and background. For some people it is part of their identity, for others it is deeply offensive.”

Millennials said they use swear words like adjectives; to try and give more emphasis to what they’re saying.

Their Generation X counterparts drop S-, F- and all manner of bombs at things that can’t swear back – the news, TV or radio, and while watching sport.

Boomers are the most wary of their language – almost 80 per cent try not to swear around children.

They also swear the least: 13 per cent of Millennials reckon they swear more than 20 times a day, compared with only 7 per cent of Boomers.

The data – gathered from a survey conducted by Oral B – also found women don’t give a gosh-darn if they swear around their partners, with only 19 per cent holding back, compared to 37 per cent of men.

Do you swear as much as the average Australian?