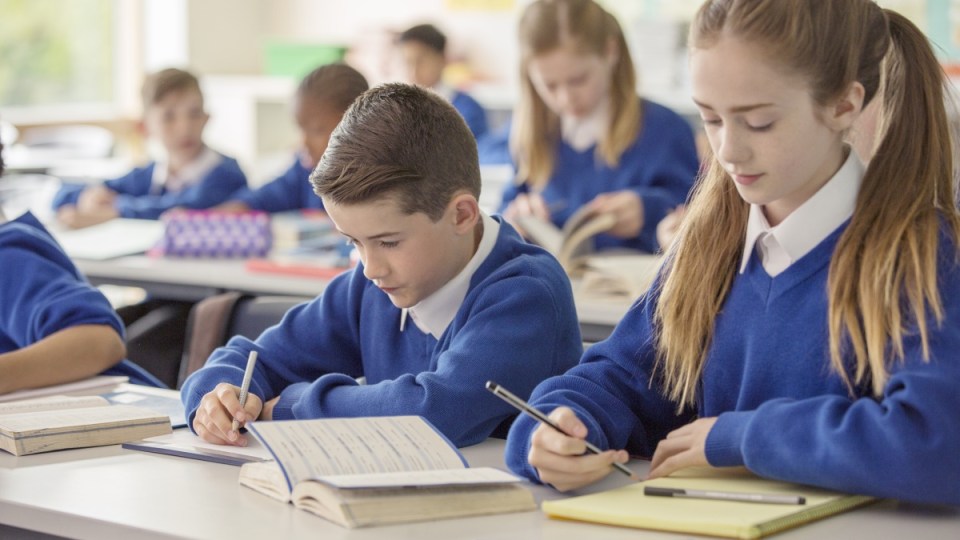 Australian teachers are in the thick of producing end-of-year reports.

In many schools, the report writing process begins several weeks – or even months – before reports are eventually released.

This process has significant costs, including time spent away from teaching.

For the past three years, the Australian Council for Educational Research has been investigating how effective parents, teachers and students consider report cards to be, and whether alternative designs might provide better information about student learning.

We have analysed student reports and consulted students, parents, teachers and school leaders from several states.

The final report of our Communicating Student Learning Progress project shows parents and teachers are dissatisfied with aspects of the way report cards communicate student achievement.

For example, parents and teachers generally agree grades, such as the most commonly used A to E, don’t sufficiently show student progress.

Grades are poor indicators of progress

Our analysis showed that, with few exceptions, Australian schools tend only to report achievement using A to E grades (or similar).

Many parents said they wanted information from teachers clearly indicating their child’s growth.

Several said they would like to receive “a report that shows growth from the last report” or a report that “includes a line graph of a student’s progress over the year”.

Parents also wanted to better understand the significance of grades in relation to each other and to state or national standards.

They wanted to know how grades compare across different classes, teachers, subjects and schools.

One parent said: “I don’t understand the A to E scale”.

What does Outstanding, High, Sound, Basic, Limited actually mean? Is Outstanding best in the class, or operating 12 months ahead of expected level?

Teachers also told us they were concerned about the inconsistency of standards for grades. One teacher said that at her school

[…] grades are calculated on the cohort average: a 60 per cent can be a C in one subject/test but a 70 per cent could be a D in another.

Grades alone can also mask progress and be demotivating for students.

A student who receives a D each report might conclude they are making no progress at all. But they may actually have made more progress than a highly able student who continually receives an A but is not being stretched.

One teacher we spoke with said: “A to E doesn’t focus on growth, and students can sit on a D or E for years and their report doesn’t demonstrate their growth or communicate their effort.”

The timing is off

Australia’s education legislation mandates reports must also be “readily understandable” and received by parents and carers “at least twice a year”.

The majority of teacher comments we analysed generally avoided jargon and communicated in plain language.

But parents and students told us they also appreciated comments that were personalised and explained both what a student has, and (crucially) has not yet, been able to demonstrate.

They indicated they wanted comments to outline specific steps the student and parent should take to assist the student to progress. An example of this from a report we analysed is shown below.

Sarah demonstrated her clear understanding of how to structure an essay through the use of paragraphs, topic and linking sentences, and an introduction and conclusion. She wrote a meaningful and informative essay with strong relevant arguments […] A future goal for Sarah is to include more complex sentences, adding variance in sentence length to better engage the reader.

The timing of reports was an issue for parents too.

Those who only received twice-yearly formal reports said they wanted more frequent information about their child’s learning.

Information in half-yearly reports is often outdated and can no longer be acted on, in most cases.

Teachers frequently mentioned that the rush at the end of each semester to finalise assessments and begin writing reports is often out of step with the rhythms of their own curriculum and assessment cycles.

We should not assess the students all at the same time – it’s stressful for students. Different subjects have different assessment blocks and could report when they have information to report on.

How can we do it better?

Formal reporting can have significant costs.

We asked one principal to calculate the costs associated with report writing at his primary school, which has 14 classes and 345 students.

His estimation included actual costs as well as opportunity costs, such as time spent by teachers writing reports before and after school, during lunch breaks, on weekends, and on holidays.

Teachers can use these systems to continuously report on student achievement throughout the school year.

This provides parents and carers with information closer to each point of assessment, and often at little extra expense.

A significant number of teachers we surveyed suggested continuous reporting adds to their workload.

But most teachers emphatically agreed continuous reporting is more useful to parents and students than semester reports.

Online continuous reporting has the potential trade-off of a reduced workload at the end of each semester, as semester reports can be generated automatically.

As more and more schools adopt continuous reporting, and place greater emphasis on assessing and reporting learning growth, semester reports as we know them will either become redundant or will need to change.

Our research suggests all forms of communication (semester reports, continuous reporting, parent-teacher interviews, student-led conferences, portfolios) should work together, as a system, to communicate a coherent picture of a child’s achievement and progress.

Report cards showing potential, but with room for improvement