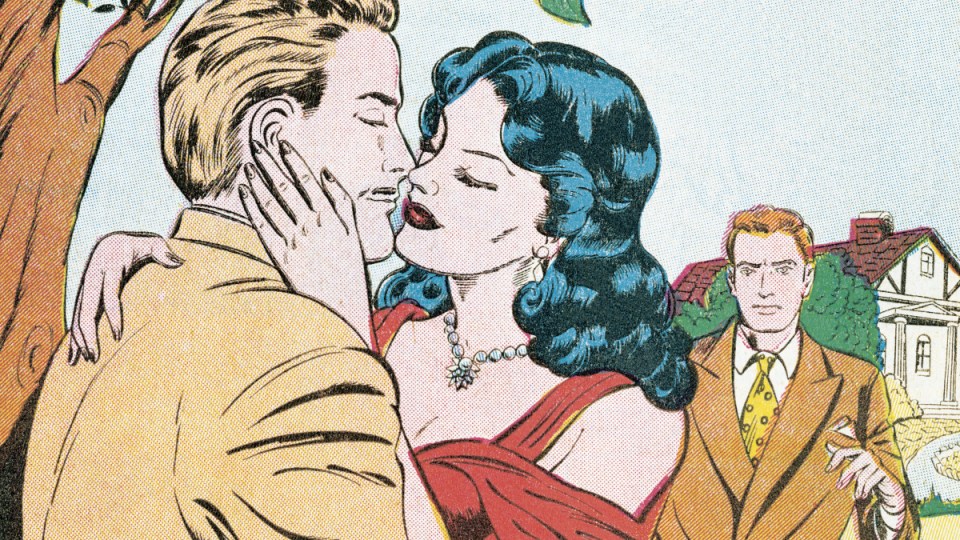 If the man in your family photo album is a farmer, then there’s a meagre half a per cent chance your mum was actually knocked up by a shearer or the postman.

If the man who taught you to tie your shoelaces is economically challenged, poorly educated and has the family in a crowded tenement, then the rate that you were fathered by a bored and equally poor neighbour goes up to about 6 per cent.

In other words, the higher the population density, and the less well-off your situation, the greater the chance that you are a result an extra-pair paternity event (EPP) – otherwise known as infidelity.

Five hundred years of playing around

These are the broad findings of an investigation into biological fatherhood among people living in parts of Western Europe over the past 500 years.

Males may benefit from straying by siring extra offspring – the idea being the more the merrier, and the greater chance some of them won’t be duds. Likewise, females may benefit by mating with superior males – men they may not succeed in partnering up with, but who are happy to share themselves episodically.

But in human societies over time, the researchers wondered, how often have extra-pair paternity events really happened?

“Of course, extra-pair paternity, especially due to adultery, is a popular topic in gossip, jokes, TV series, and literature,” said Dr Maarten Larmuseau, guest professor in the Department of Human Genetics at the Katholieke University Leuven in Belgium.

“But scientific knowledge on this phenomenon is still highly limited, especially regarding the past.”

The godly and godless were equally saucy

To estimate historical EPP rates among married couples, the researchers identified 513 pairs of contemporary adult males living in Belgium and the Netherlands who, based on genealogical evidence, shared a common paternal ancestor and therefore – barring a bit on the side – should have carried the same Y chromosome.

The evidence showed no significant difference in EPP rates between countries despite key religious differences, the researchers concluded. But they varied widely with socioeconomic status and population density.

The EPP rate was much lower among farmers and more well-to-do craftsmen and merchants (about one per cent) than among lower class labourers and weavers (about four per cent).

The study covered a time period of several centuries during which there were dramatic changes in the human social environment, including the rapid urbanisation that accompanied the Industrial Revolution in 19th century Western Europe.

The researchers say the findings support evolutionary theories suggesting that individual incentives and opportunities for seeking or preventing extra-pair mating should depend on the social context.

Good news for rural families: The odds are pretty good that your dad is really … your dad