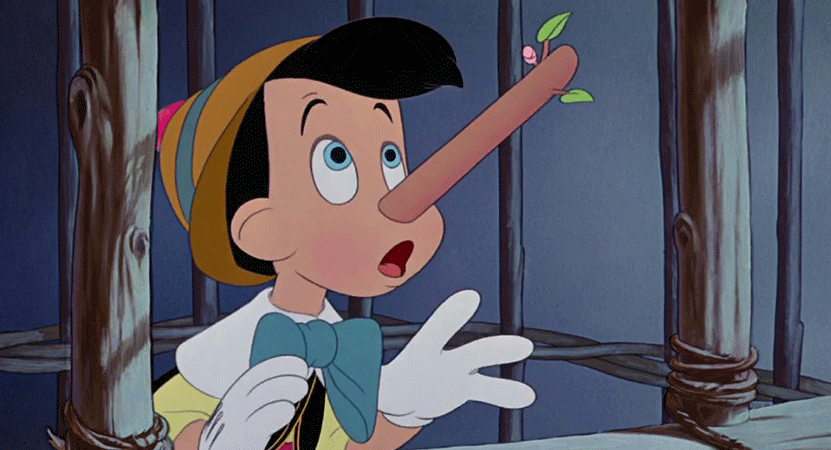 Some lies will hurt your children in the long run, others not so much. Hopefully. Photo: RKO

Lying to your children – “if you don’t go to bed right now, your head will burst into flames!” – potentially turns them into manipulative shysters with emotional difficulties later in life.

These are the findings of a multi-national study led by psychologists from Nanyang Technological University, Singapore.

The researchers asked 379 Singaporean young adults whether their parents lied to them when they were children, how much they lie to their parents now, and how well they adjust to adulthood challenges.

Adults who reported being lied to more as children, were more likely to report lying to their parents in their adulthood.

Life gets harder when lied to

According to a statement from the university, “they also said they faced greater difficulty in meeting psychological and social challenges.”

Adjustment difficulties include “disruptiveness, conduct problems, experience of guilt and shame, as well as selfish and manipulative character.”

Lead author Assistant Professor Setoh Peipei from NTU Singapore’s School of Social Sciences said, “Parenting by lying can seem to save time, especially when the real reasons behind why parents want children to do something is complicated to explain.

“When parents tell children that ‘honesty is the best policy’, but display dishonesty by lying, such behaviour can send conflicting messages to their children. Parents’ dishonesty may eventually erode trust and promote dishonesty in children.”

Some lies probably do more damage than others

Dr Setoh said that the specific nature of lies and motivation of parents warrant further investigation.

“Authority assertion over children is a form of psychological intrusiveness, which may undermine children’s sense of autonomy and convey rejection, ultimately undermining children’s emotional well-being,” he said.

“Future research should examine the nature of the lies and goals of the parents so that researchers can suggest what kind of lies to avoid, and what kind of truth-telling parents should engage in.”

But is there such thing as a good lie and bad lie when dealing with kids?

In 2014, researchers from the University of California conducted an experiment that showed a connection between adult dishonesty and children’s behaviour, “with kids who have been lied to more likely to cheat and then to lie to cover up the transgression.”

The experiment featured primary and preschool‐aged children and used what’s called a modified temptation resistance paradigm – in which the participants were tempted to peek at a toy they had been told not to look at, and later given a chance to either admit peeking, or try to conceal their transgression by lying.

Prior to being tested, half of the children were told a lie, and half were not. The researchers then measured both cheating (peeking) and lie‐telling behaviours.

Do lying habits harden at school?

In contrast with the school‐age children, there was no difference in peeking or lying for preschoolers who were and were not lied to.

The authors concluded: “All sorts of grown-ups may have to re-examine what they say to kids. Even a ‘little white lie’ might have consequences.”

A 2016 study found that children’s moral evaluations of both lies and truths is influenced by their understanding of whether the speakers’ intention is to harm another or themselves.

While younger children may be reflecting what is taught by parents and caregivers when it comes to dobbing in naughty children (that honesty in all forms is virtuous), the researchers believe that older children may be less likely to reward whistleblowing in the schoolyard because they are concerned with how their peers will perceive this behaviour.

There is good motivation for young and old to tell the truth: a 2012 study concluded that telling the truth when tempted to lie can significantly improve a person’s mental and physical health.

A group of volunteers were instructed to avoid major and minor lies for 10 weeks. By week five, they saw themselves as more honest. They also reported that their close personal relationships had improved and that their social interactions overall had gone more smoothly.

Do you lie to your children to shut them up? It likely makes them sneaky