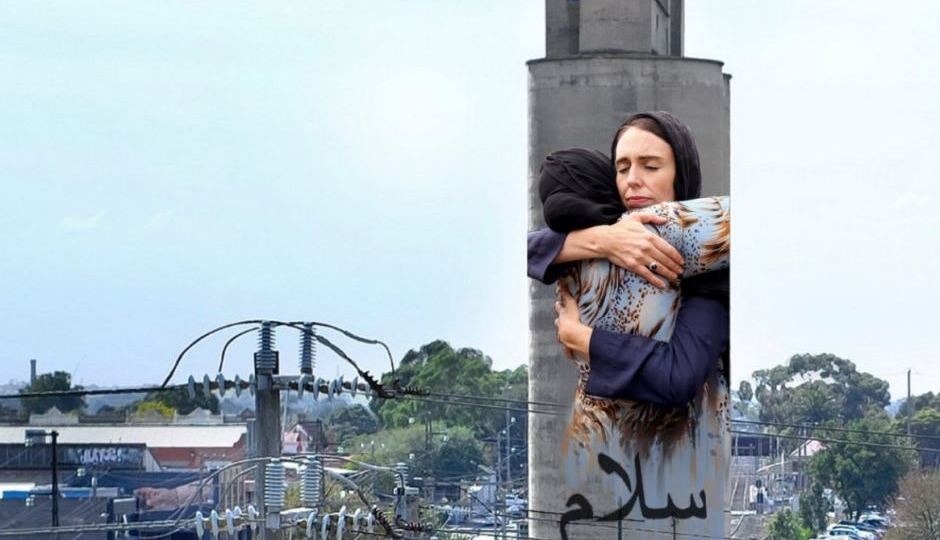 The image of New Zealand Prime Minister Jacinda Ardern embracing a Muslim woman after the Christchurch mosque attacks resonated around the world.

Ms Ardern was praised for her strong and empathetic response to the massacre that shocked the world last month.

Now the image is set to be immortalised in one of Australia’s famous silo murals, but this time in the inner northern suburbs of Melbourne.

More than $11,000 was raised in just one day through crowdfunding for the mural to be painted on the 22.8-metre Tinning Street silo in Brunswick.

The same image of Ms Ardern was projected on to the tallest building in the world, Burj Khalifa in Dubai, last month.

Organisers of the Melbourne mural say the image has become “a beacon of tolerance, love and peace in these divisive times”.

“[Jacinda Ardern’s] complete embrace of the Islamic community, and in fact of all New Zealanders, as part of a whole that can never be divided by hate, has been both beautiful and powerful to witness,” the group led by Breathe Architecture said on the crowdfunding page.

“We want this message, this moment in time, remembered. We want to learn from it. We want it to hold us up, to strengthen us.”

Organisers said the Brunswick community was a place of many cultures and faiths that had had its “heart broken” by the Christchurch attacks.

The crowdfunding page said the owner of the silo had given permission to paint the mural and had agreed to pay for the power to light it up.

Street artist Loretta Lizzio, who has also painted large murals in London and Vancouver, has been invited to paint the work.

The mural has been supported by the Coburg Islamic Centre.

The work is expected to be completed by the end of May.